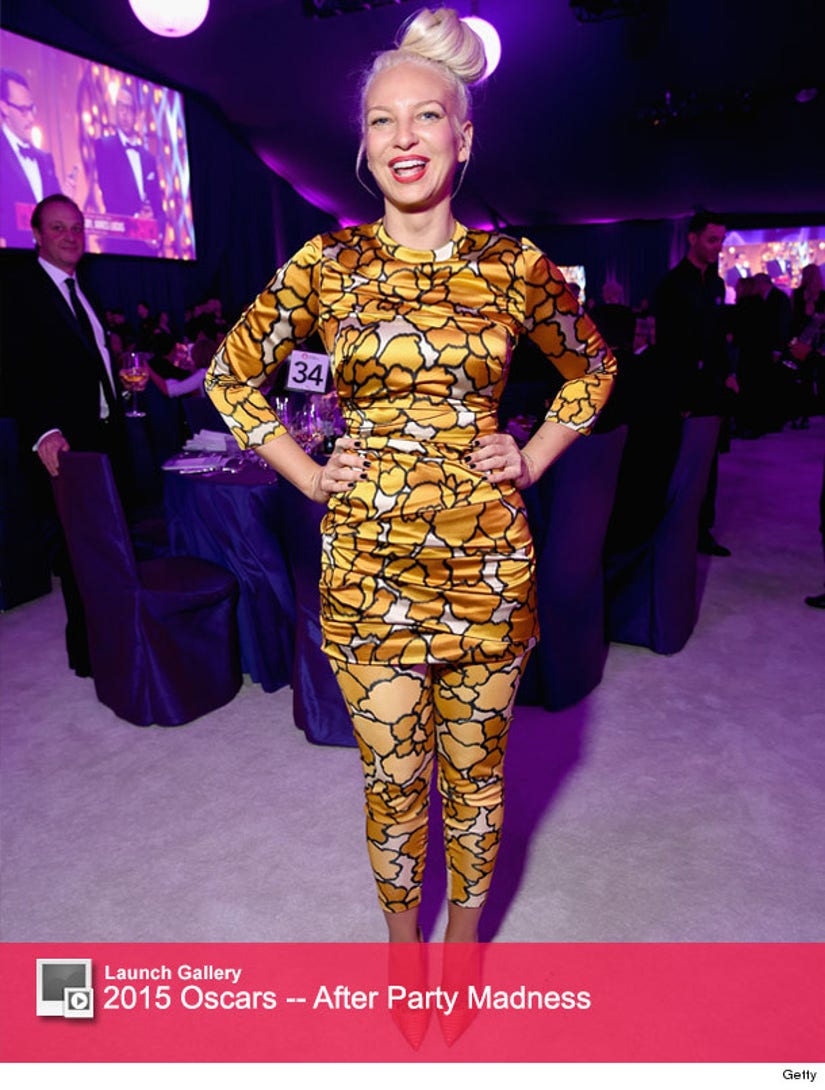 Sia is that you?!

The notoriously super private star stepped out for some Oscar festivities looking very normal for a change!

The "Chandelier" singer showed up to the at the Elton John AIDS Foundation's Oscars viewing party on Sunday with her face totally exposed and her trademark long shaggy wig missing!

The 39-year-old sported a funky patterned dress and tights, and kept her natural hair in a fun top knot bun. She accessorized the look with a red lip and a big smile.

We're really not use to seeing the Australian pop star without her usual get-up. We love that we can see her mug for once!

But the change didn't last long...

A few hours later the songwriter showed up to the Vanity Fair Oscars after party looking like Cousin Itt again. 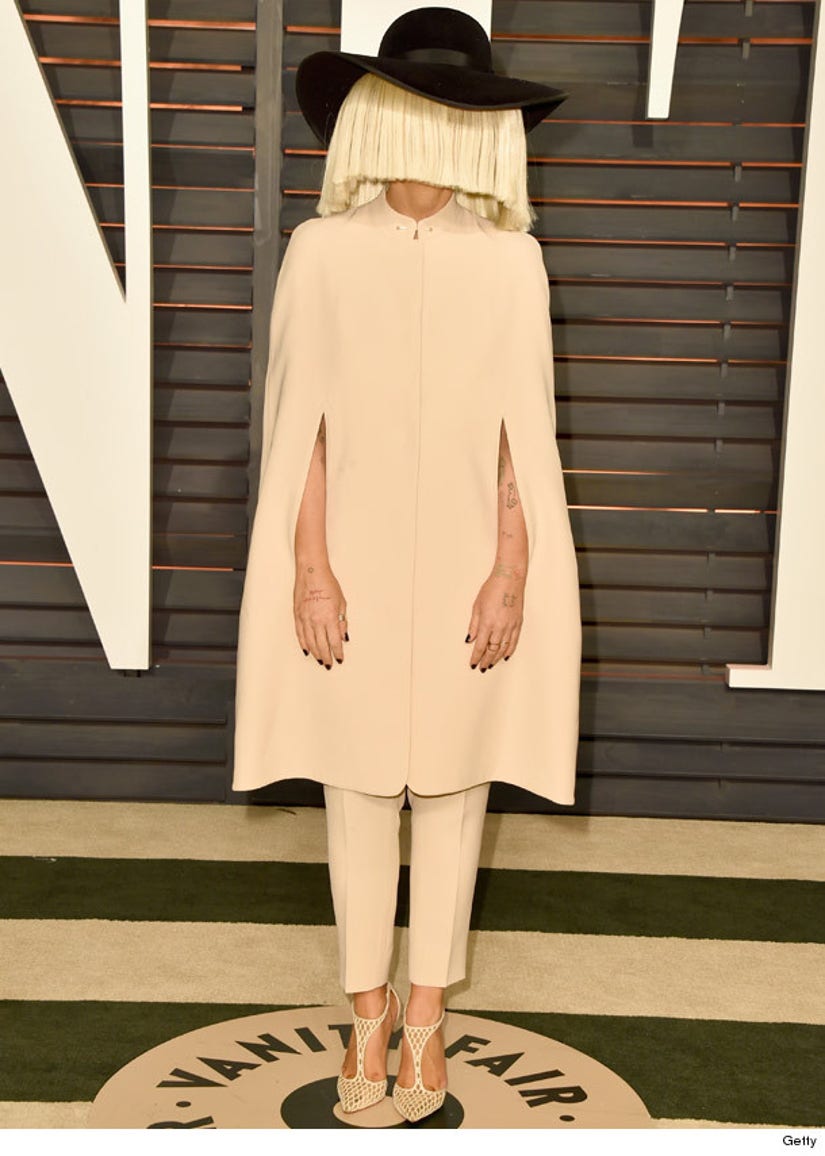 Although her beige cape, pants and black floppy hat are on trend, we can't get over that silly wig.

Sia has been vocal in the past about her choice of head wear explaining that she doesn't "want to be famous or recognizable."

She most recently performed at the 2015 Grammy Awards where she sang facing a wall while Kristen Wiig and "Dance Moms" Maddie Ziegler brought her song to life.

What do you think of Sia's fresh faced look? Tell toofab in the comments section below then click "Launch Gallery" for more after party photos!