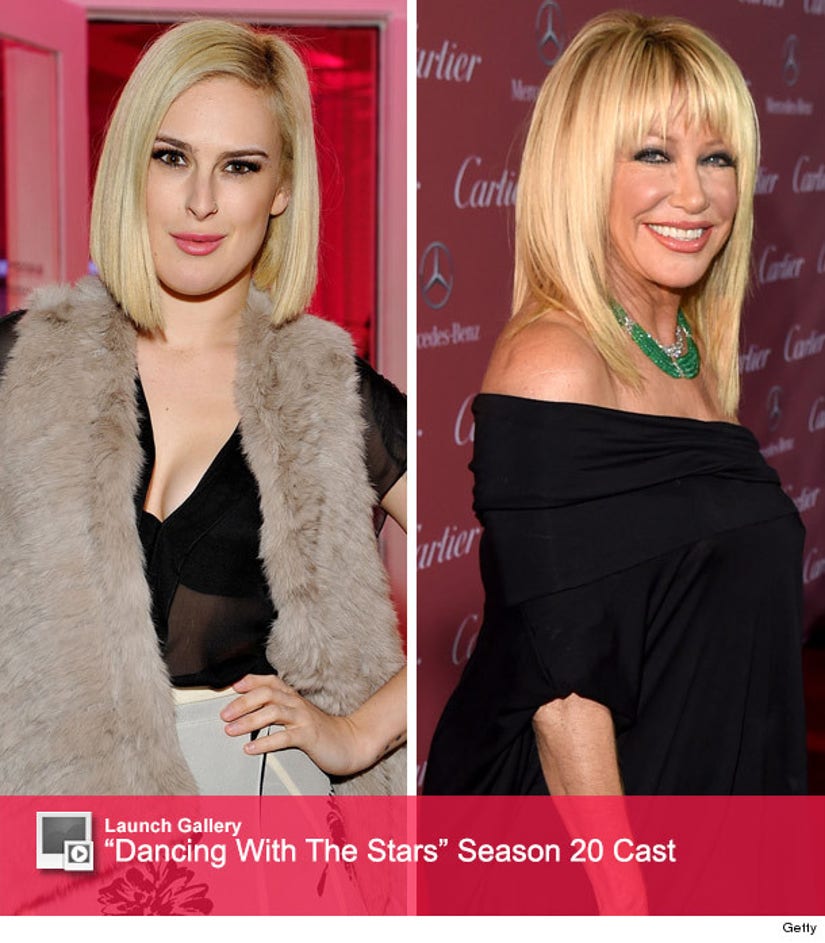 And the next stars to strap on their dancing shoes are...

"Dancing With The Stars" has officially announced which celebs will be competing in the ballroom for season 20 of the hit show.

The ABC series unveiled it's latest contestants Tuesday morning on "Good Morning America" ﻿and the competitors are a mix of big names and lesser known celebs .

There is also an Olympic gold medalist, a legendary singer and a "Hunger Games" star among the competitors!

See all the contestants in the gallery above -- and find out who they're partnered with. Yep, Derek Hough is back ... and, judging by his partner, will likely win.

There is one more contestant absent from the list who will be revealed closer to the show's premiere.

As for the judges, Carrie Ann Inaba, Len Goodman, Bruno Tonioli and Julianne Hough will all be back to critique the contestants, along with hosts Tom Bergeron and Erin Andrews.

Sounds like another exciting season! "DWTS" premieres March 16 at 8pm on ABC!

How do you feel about this season's celebs? Tell toofab in the comments section below then click "Launch Gallery" for more "DWTS" contestants!