In a viral video making the rounds this morning, the "Birdman" star was spotted putting away his Oscar speech after losing Best Actor to Eddie Redmayne at the 87th Annual Academy Awards on Sunday in Hollywood.

In the clip, the 63-year-old is seen pulling out a piece of paper from his jacket pocket just before Eddie was announced as the winner for his work playing Stephen Hawking in "The Theory of Everything."

While Keaton probably thought he was a shoo-in for the Oscar -- mostly because he snagged accolades at the Golden Globes and the SAG Awards for his work in the dramatic flick -- the Academy obviously decided to go a different way.

It definitely looks like the "Batman" star was more than disappointed when he realized he would not be taking home any Oscar gold for his role ... even though the film went on to win Best Picture. 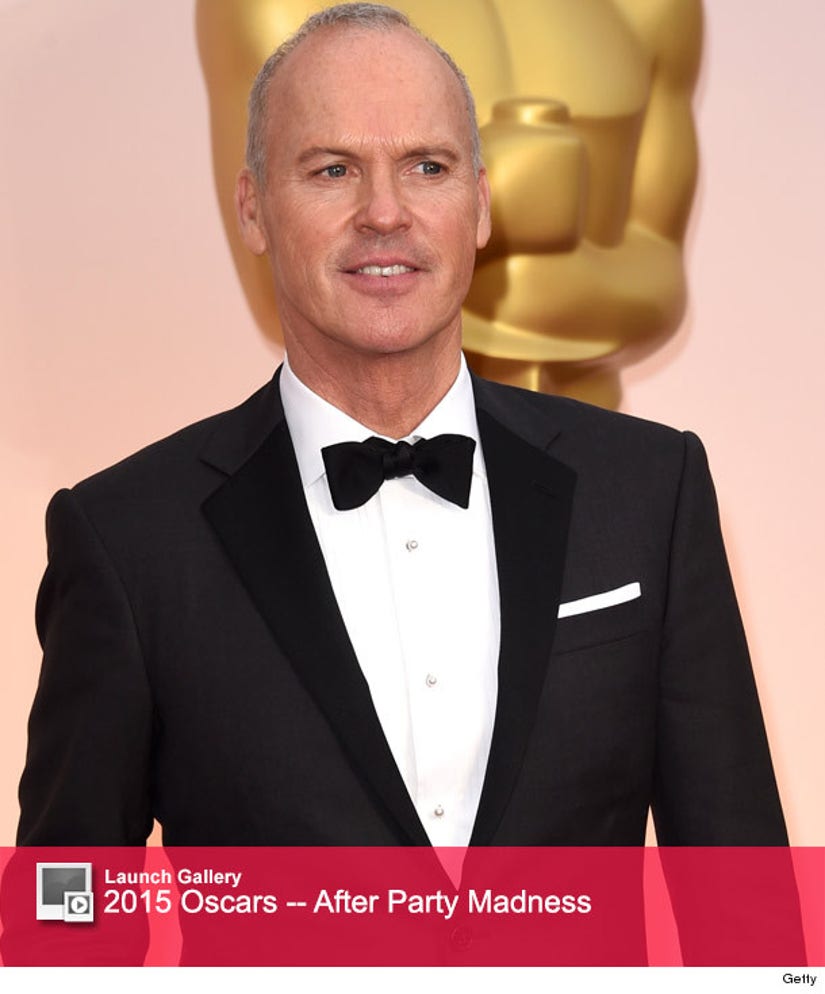 Nevertheless, it looked like Keaton was in good spirits at the Oscar after-parties despite his loss at the award show.

What do you think about the actor's reaction? Sound off below and check out the gallery above to see more party pics from the 2015 Academy Awards!