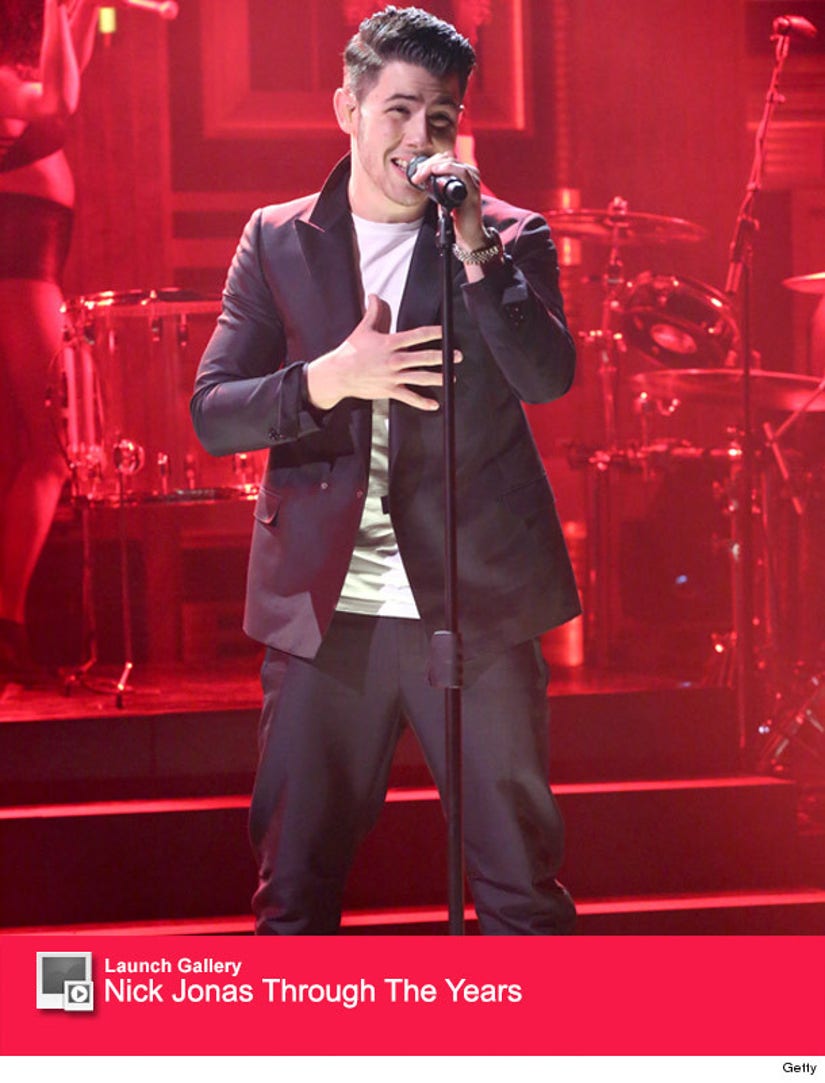 Nick Jonas expressed his love for Kanye West's music with an epic rendition of Yeezy's hit, "Only One."

The 22-year-old singer shared his version of the song and even took to Twitter to tell the rapper about how much he loves the new single.

"@kanyewest I love this song so much I had to sing it myself...," he wrote on the social media site.

Jonas' cover is full of soul, just like his own "Jealous," which has also been topping the music charts. Check it out below!

Nick may be a skilled singer, but he's definitely not the best Pictionary partner!

The sexy crooner stopped by "The Tonight Show" last week, where he tested his drawing expertise in a game with Jimmy Fallon, Don Cheadle and Kevin Bacon.

At one point, Fallon drew the Leaning Tower of Pisa. Jonas cautiously suggested, "The leaning tower?"

Fallon literally dropped to the floor, asking, "What leaning tower?" But Nick couldn't answer, smiling with embarrassment. Watch the hilarious video below!