The '90s heartthrob stopped by Monday's "Watch What Happens Live," where he revealed if things ever got romantic between him and his "Party of Five" on-screen sister Neve Campbell.

While the 46-year-old says he never hooked up with Neve while shooting the popular teen soap, it does sound like Wolf would've considered it if they had worked together today!

"I feel like if we had filmed the show this year, we probably would have," the married father-of-three told Andy Cohen. "I don't know why."

"In this day and age it seems more acceptable, loose," he added. "To screw around with your [TV] sister," Cohen clarified.

Later in the show, the "Night Shift" star played a game of "Glances with Wolves," with fellow guest "Vanderpump Rules" Scheana Marie ... who had to guess which random facts were true or false about the actor based on his hilarious facial expressions.

Check out the video above to see what crazy things Wolf has done ... including having sex in a bar bathroom!

What do you think about Scott's candid confessions? Tell toofab in the comment section and check out the gallery below to see the rest of the "Party of Five" cast then and now! 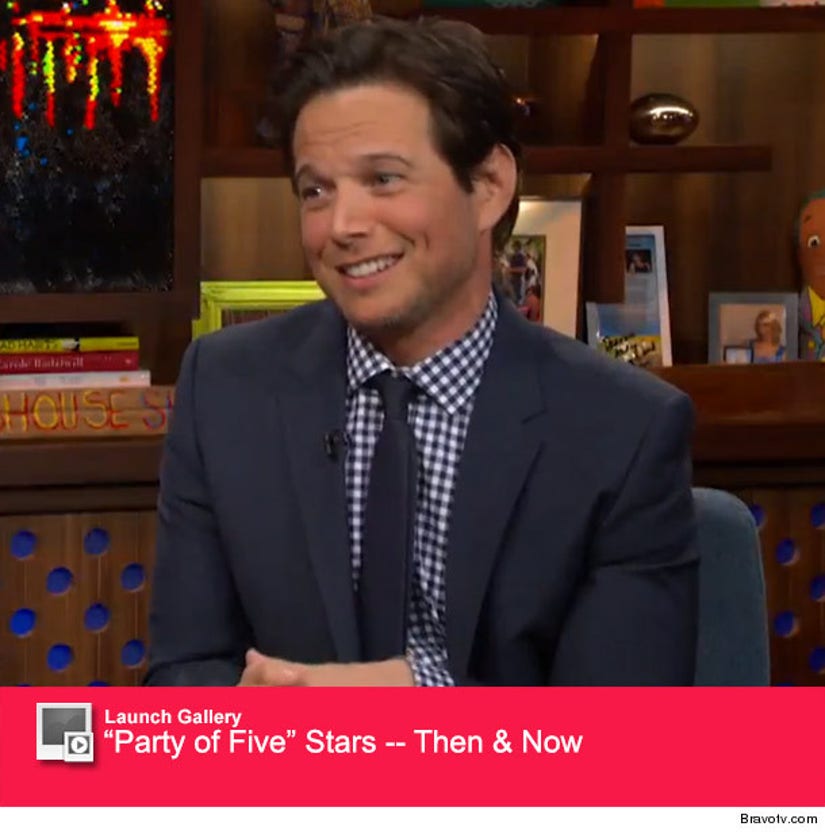