This might be the best thing you see all day!

Conan O'Brien enlisted the help of "Billy on the Street's" Billy Eichner to try out the gay hookup app Grindr ... and they definitely found a few (hilarious) matches.

Check out the video above to see what Conan makes his profile name and find out who he meets up with!

After brainstorming a few names for the red-headed comedian's profile, Conan and Billy settle on "Freckle F--ker."

They proceeded to reach out various men on the site with some ridiculous pick-up lines and pop culture references ... and Conan was even recognized, despite Eichner telling the talk show host that no one in the gay community would know who he was.

After some hilarious debate, the two set out to meet one lucky guy in O'Brien's Grindr van, which featured giant portraits of Cher and Liza Minnelli.

While this meet and greet didn't go as well as Conan's Tinder date with Dave Franco, the entire video is pretty hilarious.

What do you think about Conan's Grindr experiment? Tell toofab in the comment section below! 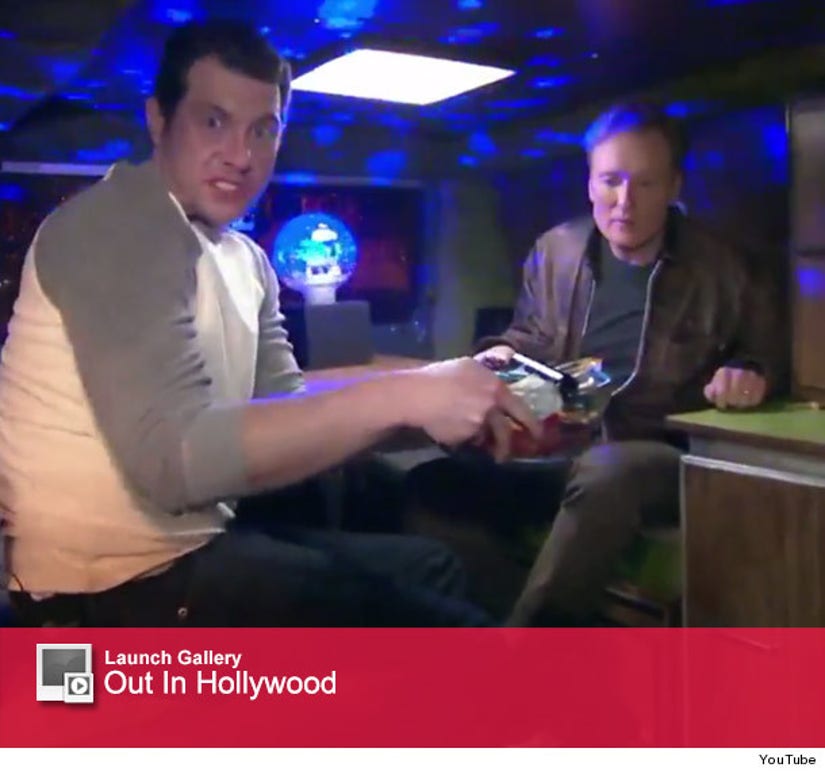