Dakota Johnson isn't afraid to poke fun at herself ... or her famous family!

The "Fifty Shades of Grey" star is set to make her hosting debut on "Saturday Night Live" this week, so, of course, she mocked her racy role in the new promos.

In the clip, the 25-year-old actress does her best Anastasia Steele, getting her now-famous lip bite on with Taran Killam as Christian Grey.

She also jokes about the title of the movie by saying, "It's about this young woman who is trying to decide what color grey to paint her bedroom." Don't worry, she clarifies it by admitting that she "gets her tushy spanked." 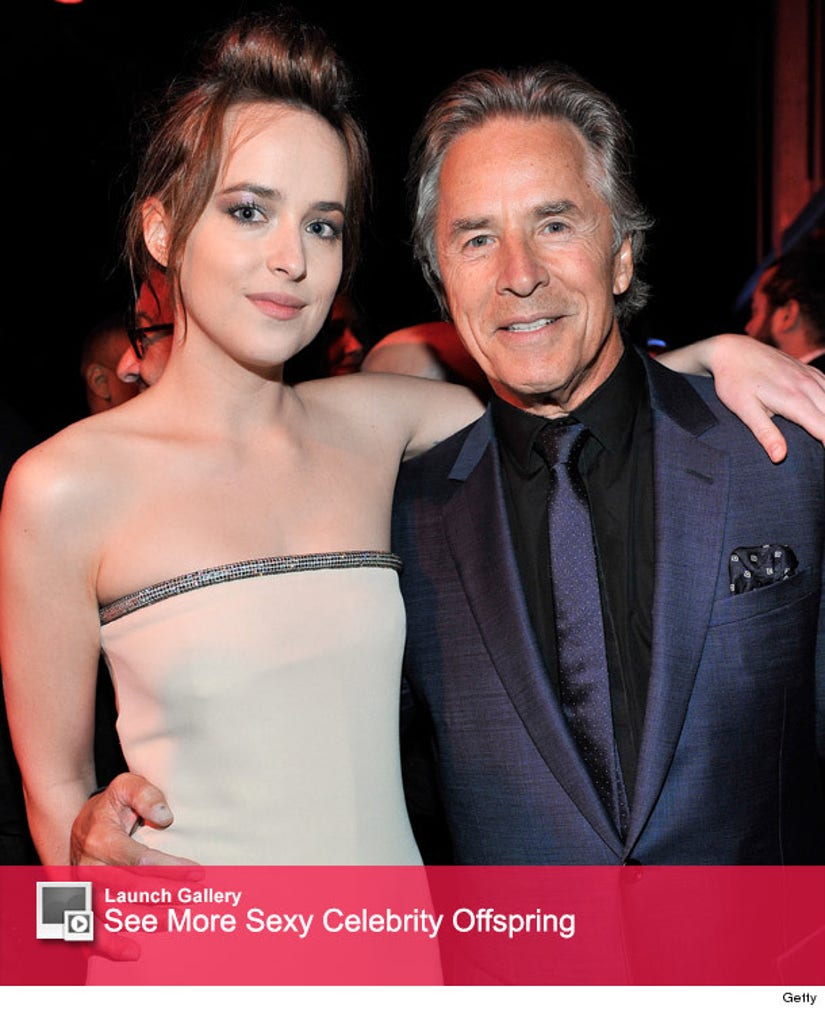 The brunette beauty also targets dad Don Johnson's "Miami Vice" role, which required a quick wardrobe change for the comedian. Sporting a pale pink 80's jacket and a mint T-shirt, Killam pays tribute to Johnson's infamous role in the hit series. Check out his impression in the clip above!

The best part of the promos? Dakota mocks herself again by whining about the fact that her mother, Melanie Griffith, still hasn't seen her performance in "Fifty Shades of Grey."

She seemed very annoyed with her mom at the Oscars when Lara Spencer brought up the touchy subject. In case you missed it, watch the classic mother-daughter moment below!

Are you excited to see Dakota on "SNL" on Saturday with musical guest Alabama Shakes? Sound off below.