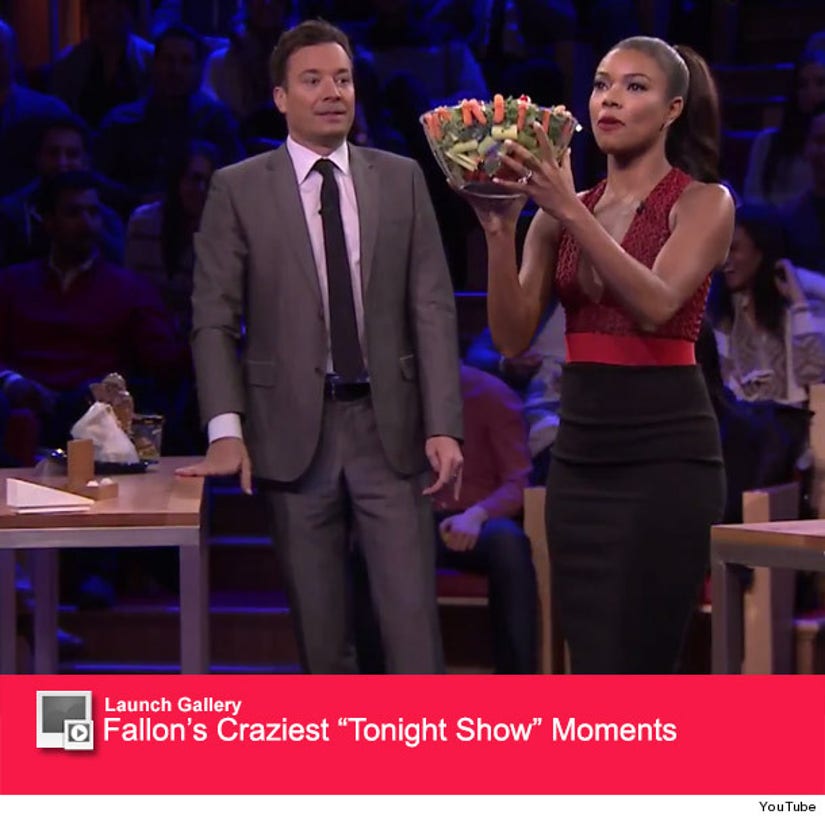 Gabrielle Union and Josh Duhamel stopped by "The Tonight Show" on Tuesday for one of Jimmy Fallon's most random games yet.

The 42-year-old actress and Fallon went head-to-head in his Random Object Shootout game with some help from Fergie's other half -- but there was a catch. Instead of actual basketballs, they all had to make the shots using a plethora of inanimate objects.

In the silly video above the "Think Like A Man" star and Fallon attempt to throw everything from a turkey sandwich to a bathtub filled with bouncy balls through the net.

Did the fact that Gabrielle is married to Miami Heat player Dwayne Wade give her a slight advantage?Watch the video above to see if she has her hubby's shooting skills!