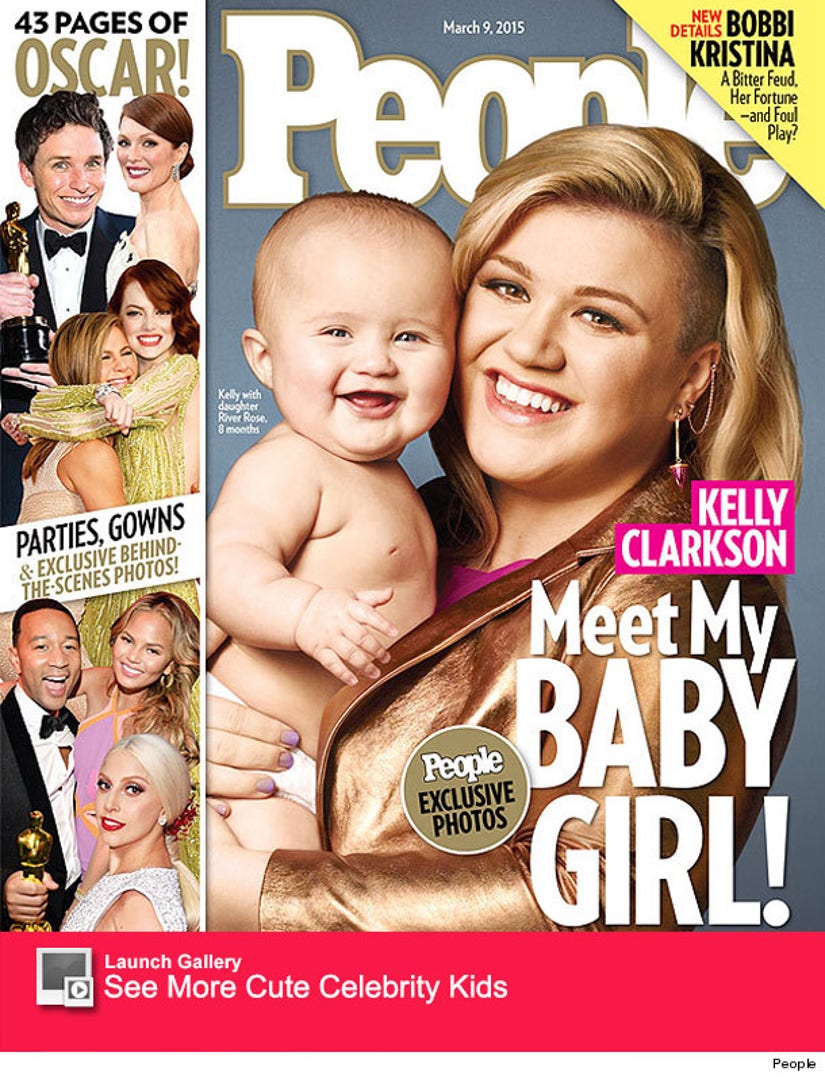 River Rose is ready for her close-up!

Kelly Clarkson and her adorable daughter are gracing the cover of People's March 9 issue, where the "American Idol" winner opens up about how motherhood has changed her.

"My whole life took a big 180," the "Heartbeat Song" singer tells the mag. "I never thought I was going to be a mom, so it's very much changed my world in the most awesome way."

The 32-year-old star is gearing up for the release of her new album, "Piece By Piece," after taking some time off to be with husband Brandon Blackstock, 38, their daughter River, 8 months, and her stepkids Savannah, 13, and Seth, 8.

Becoming a wife and a mother within the span of a year shifted her perspective. "I love what I do, but I feel like I relied on my career a lot for my self-worth," she explains. "And now I'm more than that. I'm a mother and a wife and have this whole other thing going on."

Since welcoming baby River, who makes her magazine debut in the issue, the brunette beauty has felt an emotional shift.

"I have a certain level of peace I didn't know was going to come with it," she reveals. That new outlook has helped her deal with some negativity caused by her parents' divorce.

"My best friend always says, 'You just want to create the family you never had.' I might be doing that," Clarkson says. "In defense of my family, it happens. People fall out of love, and people go separate ways. People are human. I've accomplished a lot, but I guess the biggest success I want is that whenever I die people will say, 'She was so successful as a mother, and as a wife.' That's kind of my big goal."

For more with Kelly and River, pick up People's March 9 issue, on newsstands Friday.