Marc Anthony doesn't sound too confident when it comes to the looks department!

The singer stopped by "The Meredith Vieira Show" on Tuesday, where he opened up about his looks and raved about his relationship with ex-wife Jennifer Lopez.

Check out the video above to see why Marc thinks he's "ugly" ... and find out more about his relationship with the "American Idol" judge now.

"My dad told me early on, he said, 'Son, we're both ugly,'" the 46-year-old confesses in the clip. "I swear to God, he says it to this day. And he goes, 'You work on your personality. It builds character.'"

But there's no bad blood between the "My Baby You" singer and his father -- Anthony agrees with him! So did Marc's dad hurt his feelings?

"Absolutely not," he told Meredith, "Because I was born looking at his face and he was right."

For a guy that thinks he's not attractive, Marc has had some very good luck with the ladies. Anthony was married to Lopez for 10 years and recently said "I do" again to model Shannon De Lima last November.

So how does the Latin singer think he attracts such beautiful women? "It's just marketing. I am just great at marketing. I was born with this mug piece — I'm skinny and stuttering," he joked.

The handsome crooner also opened up about his relationship with the "Booty" singer -- who's also the mother of his adorable twins Max and Emme. Anthony says they're still extremely close and reveals that he even helped Lopez with her memoir, "True Love." 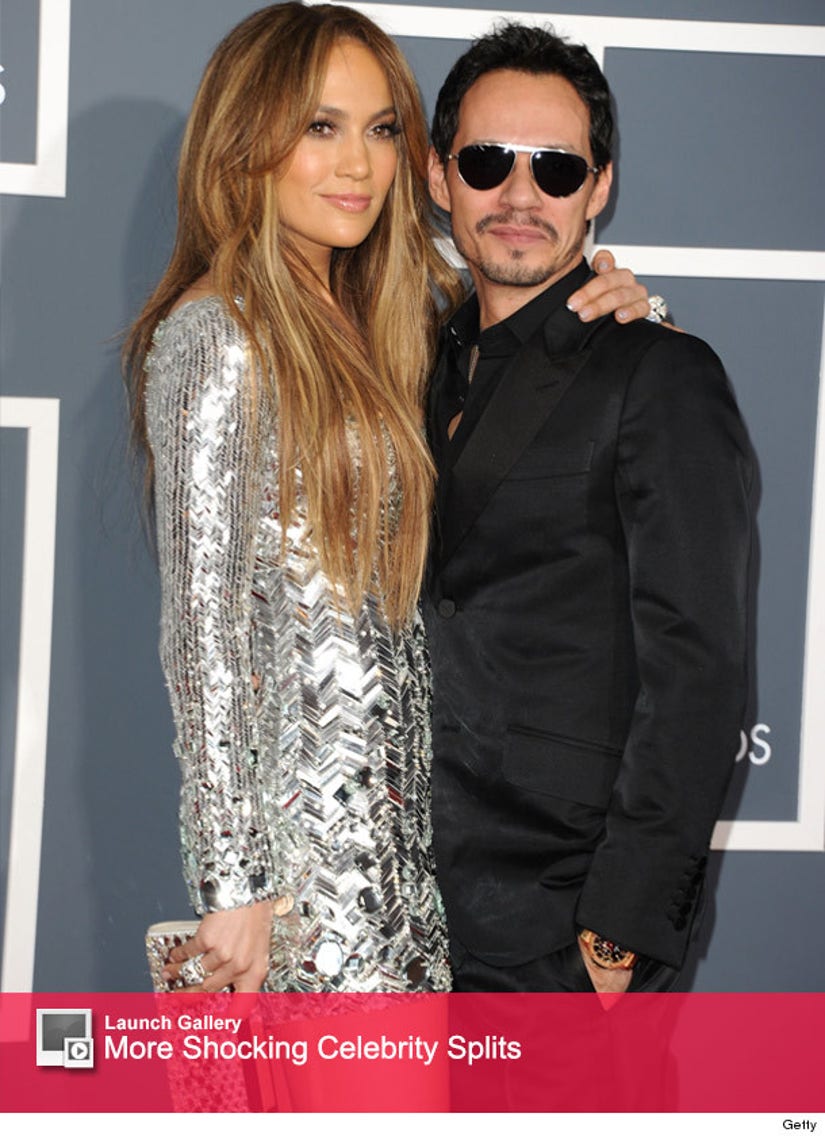 "I read many iterations of it along the way. We are close that way and we trust each other," he explained. "I was proud of her [for writing the book]. I know what it takes and I know her very very well. I just did everything in my power to be supportive of her. I was really really proud of her only because I know what it took for her to open up like that."

Gotta love Marc for keeping it real! What do you think about the singer's candid comments? Sound off below and check out the gallery above to see more shocking celebrity splits!