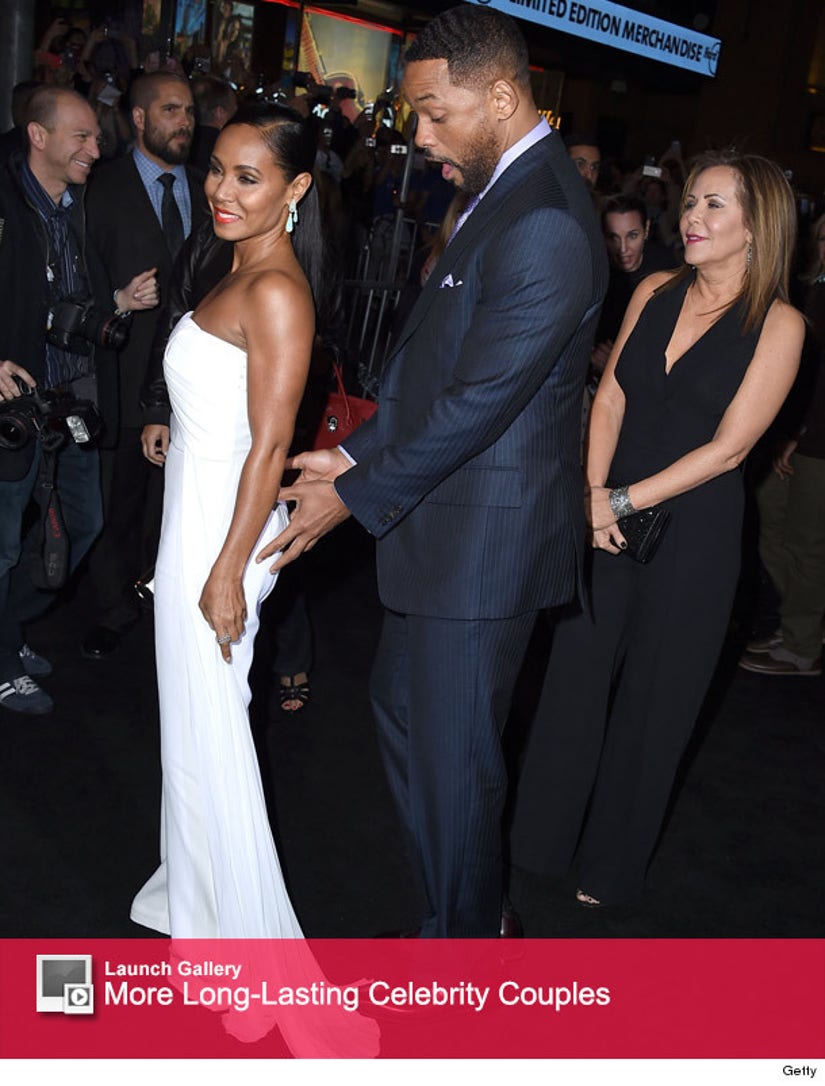 The actor and his gorgeous wife attended the premiere of Smith's new flick "Focus" in Los Angeles on Tuesday.

Will and Jada looked like they were having a lot of fun together on the red carpet, and the the 46-year-old even grabbed actress' booty while posing for photographers.

The 43-year-old "Magic Mike XXL" star looked stunning in her white strapless gown. Mrs. Smith completed her look with a slicked back ponytail and a bold red lip. Will looked equally handsome in his navy blue pinstriped suit.

The couple's son Jaden Smith was also on-hand for the celebrations and posed for a pic with his famous parents at the "Focus" after-party at the W hotel in Hollywood. 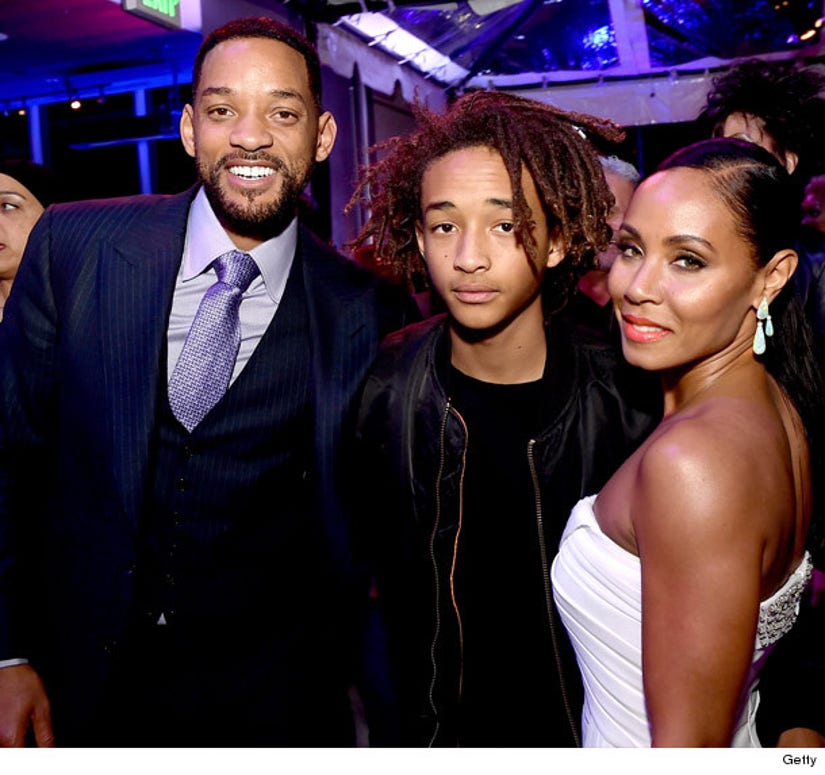 While the actor will heat up the screen this weekend with costar Margot Robbie, Will told Ellen DeGeneres earlier this week that his wife's role in the "Magic Mike" sequel makes him feel a little awkward at times.

"So everywhere I go there's someone who's been in their underwear with my wife. It's just awkward. It's

It definitely looks like these two are still more in love than ever, even after a whopping 18 years of marriage!

What do you think about Will and Jada's red carpet PDA? Tell toofab in the comment section below and click "Launch Gallery" above to see more long-lasting celebrity couples!