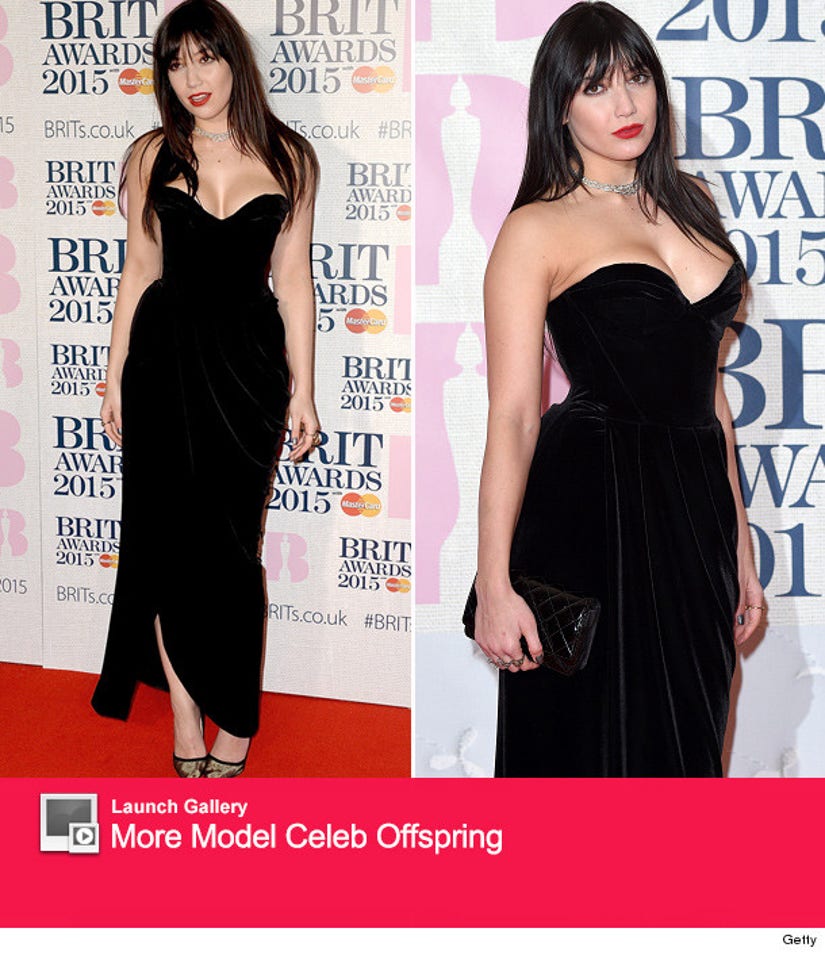 While Daisy Lowe is kind of a big deal across the pond, we often forget Gavin Rossdale has a fully-grown daughter stateside!

The 26-year-old model hit the red carpet at the BRIT Awards in London on Wednesday night, where she put her sexy silhouette on display in a snug, low-cut black gown with a daring slit up the thigh.

Lowe, the daughter of the Bush frontman and ex-girlfriend/fashion designer Pearl Lowe, paired her curve-hugging look with a bold red lip and blunt bangs.

The brunette beauty has been a fixture of the runway for years and most recently strut her stuff on the catwalk for Vivienne Westwood at London Fashion Week just this past Sunday.

Neither Rossdale or Daisy (or Gavin's wife Gwen Stefani) knew he had a daughter until 2004, when Lowe was already 15.

In an 2010 interview with Details, Gavin opened up about what it was like to play father to an adult and how it differed from his relationship with his sons with Gwen.

"With the boys it's traditional: I'm all they know, and I'm with them all the time. With Daisy, I don't know her in that context," he said at the time. "The way I nurture those boys, I never got a chance with Daisy. I love my connection with her, but I don't have any say in who she is. With the boys it's my job to correct them and shape them. With Daisy, I just have to be respectful. I suppose it's more like a friendship."

Rossdale isn't the only celeb to have a stunning daughter or son -- check out the gallery above for more model celeb kids!