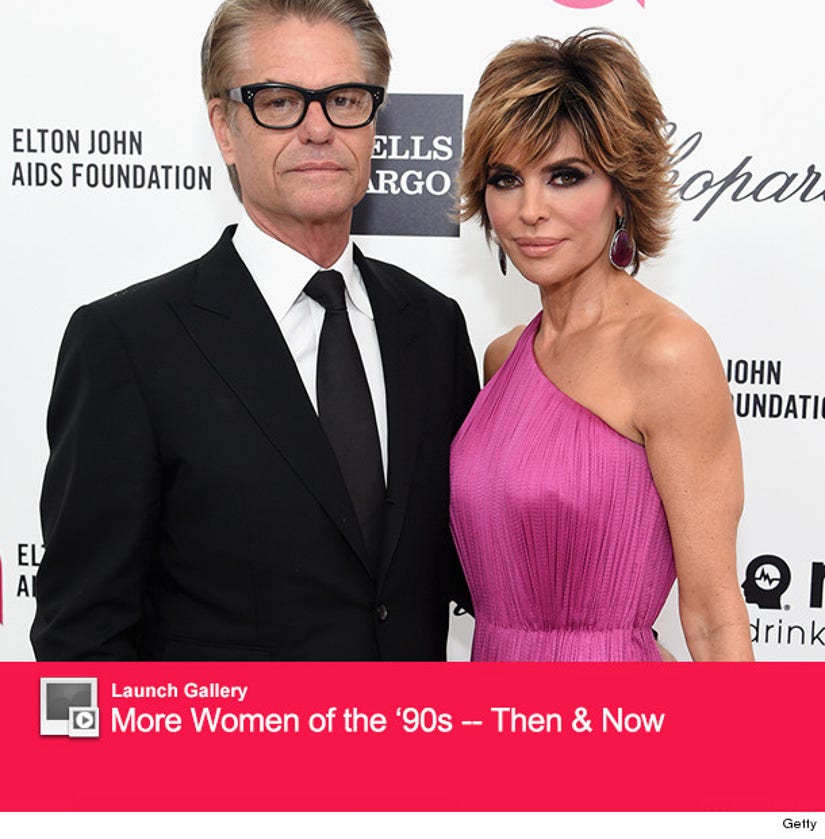 Can you imagine the "Real Housewives of Beverly Hills" without Lisa Rinna?! We can't now, but that possibility was almost a very real one!

The actress-turned-reality star stopped by "Live! With Kelly and Michael," where she chatted with the hosts about joining the show and how it almost cost her her marriage to actor Harry Hamlin.

When asked by host Michael Strahan what her husband's opinion of her joining the reality franchise was, she explained it very simply.

"I went to Harry and said I'm thinking about [doing RHOBH] and he literally looked at me and said, 'If you do this show, I will divorce you,'" she revealed.

Well lucky for us and the rest of the "RHOBH" fans, the "Shameless" actor ended up changing his mind and gave his wife of 18 years his blessing.

"He comes to me about a day later, and you know you've met Harry and he's very mellow," she told host Kelly Ripa. "He said 'I've thought about this and I actually think it might be a good idea for you to do it. ' And he went through it and I was like OK, there you are. So if Harry says it's 'OK,' you can do it!"

The "Melrose Place" alum went on to reveal that the hardest part of the show for her was sharing her opinion, but now she feels like a pro.

"It's kind of freed me in a sense, so in a way it's hard for me to say how I feel but now you can't stop me! I've become this truth seeking monster."

What do you think of the stars confession?! Tell toofab in the comments section below then click "Launch Gallery" for more ladies of the 90's.