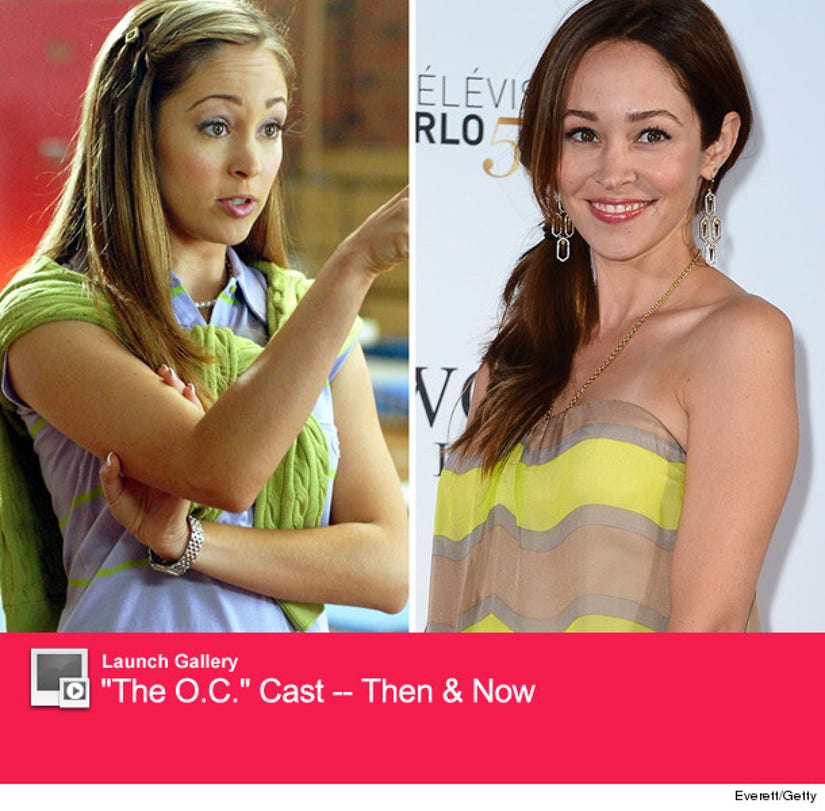 Even though "The O.C." went off the air in 2007, Autumn Reeser will always be Taylor Townsend to us!

The actress first appeared during the third season before joining on as a regular cast member in Season 4 of the hit teen drama.

In the finale, her character was still dating resident bad boy Ryan Atwood (Benjamin McKenzie), but we never found out the couple's fate.

toofab's Rachel Hoffman caught up with Autumn to find out what she thinks happened with her onscreen beau and to find out if she's stayed close with the rest of her former costars.

"Awww, I love Ryan and Taylor so much," she says. "I'm not sure they would have made it as a couple, though — they came from two very different world and they had different visions of where they wanted to be in the future. One of the signs of future success as a couple is matched ambition and those two were not a matched set in that value, so I'm sad to say I think they ended up apart."

While the now-34-year-old star doesn't think Taylor and Ryan ended up together, she had a lot of fun shooting her scenes with him.

In fact, she says her favorite episode was "where Taylor tries to get Ryan drunk so he'll finally tell her that he loves her. But she's the one who ends up drunk and the progression of events that evening was so much fun to play."

Check out the cute clip below!

While we've been anxiously waiting for a reunion of the cast, Reeser revealed that she recently joined one of her costars on a new project.

"I just worked with Rachel [Bilson] on the finale episode of 'Hart of Dixie,' which will air this spring," she tells us.

Not only is the busy mother-of-two guest-starring on the CW show and appearing on the upcoming series "The Whispers," she's also dipping her toe in the fashion field through her partnership with ThreadFlip.

"I just moved into a new home and am committed to not having any excess stuff in my life! That means clothes that I haven't worn in over a year are headed out the door, including items I've worn in TV shows & films," she explained. "I've tried selling online before but found it tedious, and Threadflip offered a new and chic solution to help me clean out my closet. The app is so easy to use and so beautiful to look at! I would definitely sell with them again!"

While the stylish star has opened up her closet to fans, she told us she would want to rifle through Natalie Portman's wardrobe.

"She's petite like me and I love her style!" she gushed.

Shop Autumn's virtual closet here, and click "Launch Gallery" above to see what happened to the rest of the cast. Warning: It's not all pleasant.