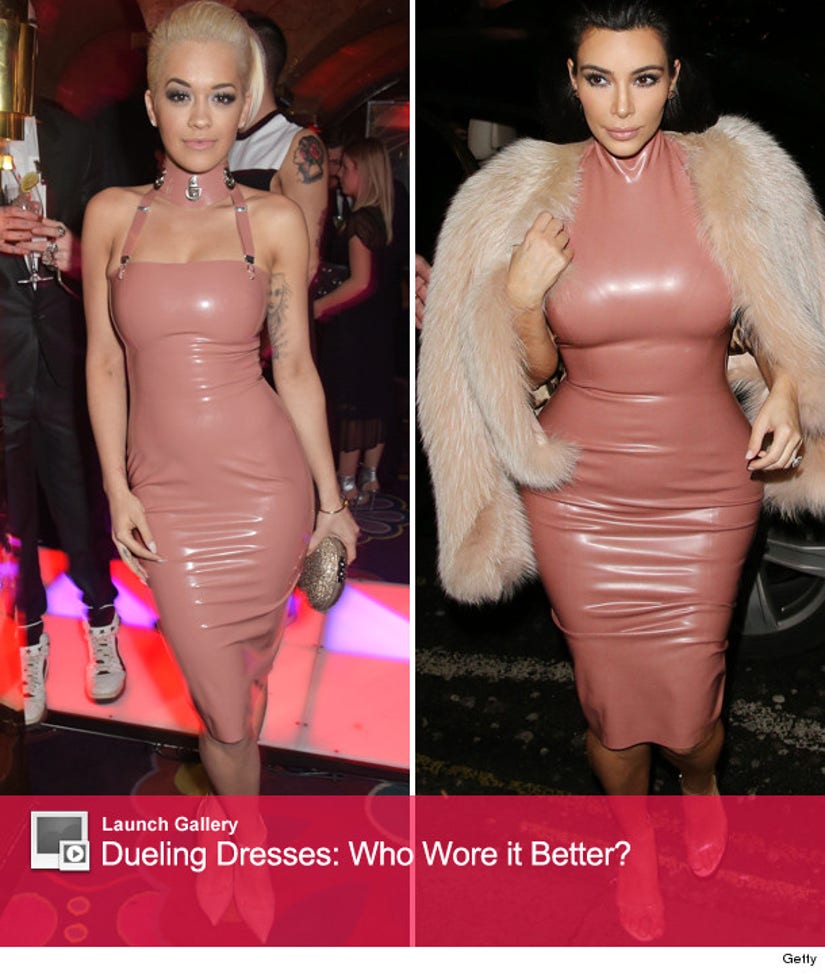 It's a style showdown between a singing sensation and reality show vixen -- and these two have a history!

The "Black Widow" songstress and the "Keeping Up With the Kardashians" star both sported versions of the same form-fitting pink latex dress on Thursday at the Mert & Marcus House of Love party in celebration of Madonna.

Ora -- who has been at odds with the Kardashian sisters since splitting with Rob in 2012 -- sported a halter version of the edgy ensemble, complete with a choker with metal hardwear.

Meanwhile, Mrs. Kanye West went with a turtleneck style, pairing her fun frock with a fur coat and a sleek 'do.

Rita and Kim both looked killer in their skin-tight ensembles –- but the question in these situations always remains: Who wore it better?

We like the fit better on Rita ... but that S&M neckpiece is a bit much. Cast your vote in the gallery above!