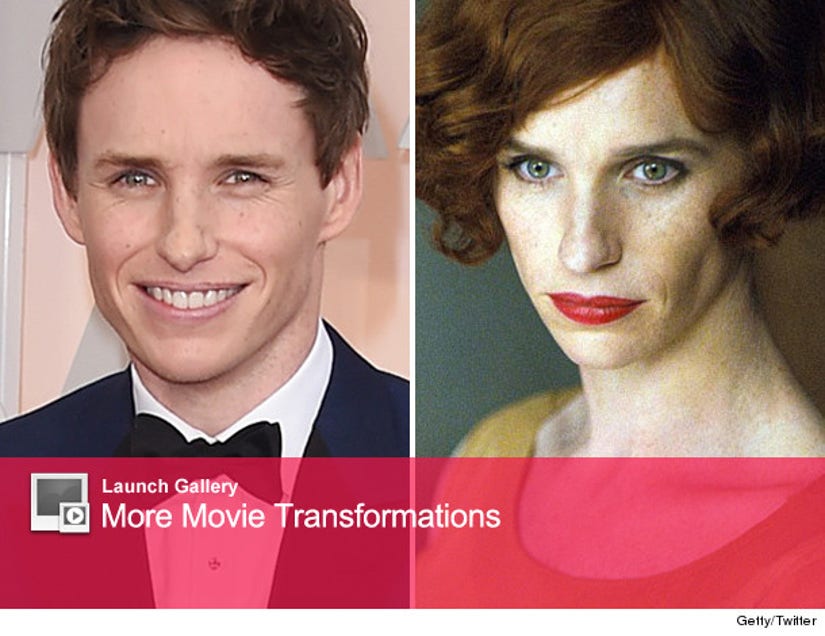 Just days after Eddie Redmayne won the Oscar for Best Actor for his performance as Stephen Hawking in "The Theory of Everything," the British actor is undergoing another transformation for his upcoming film, "The Danish Girl."

Working Title tweeted the first photo of the actor's portrayal of transgender artist Lili Elbe in the film.

Born as Einar Wegener, the Danish artist was the first man to undergo a sex-change operation. The film follows on the love story between Wegener and his wife, Gerda Gottlieb (Alicia Vikander), as he makes his journey to become a woman in the 1920s.

Redmayne recently addressed criticism that the role was not being played by an actual transgender woman.

"There is an incredibly valid discussion for why a trans actress isn't playing the part, because there are so many brilliant trans actresses, and I'm sure there are many who could play this part sensationally," he told The Telegraph.

The film, which is based on the 2001 novel by David Ebershoff, is being directed by Tom Hooper, who also directed Redmayne in "Les Miserables."

"The Danish Girl" is expected to hit theaters in 2016 -- are you excited to see it? Sound off below!