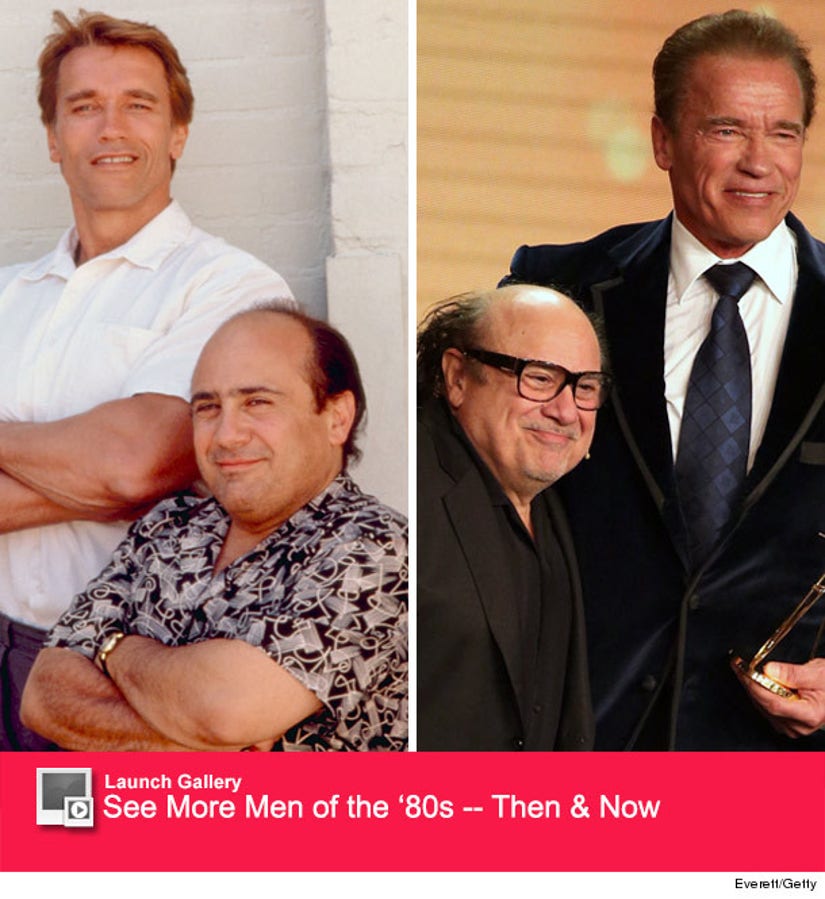 Our favorite "Twins" are back together again!

Danny DeVito and Arnold Schwarzenegger, who played fraternal twins in the 1988 comedy, reunited onstage in Germany at the Golden Camera awards.

The two pals exchanged a warm handshake and hug, as the "It's Always Sunny in Philadelphia" star presented his on-screen brother with a Lifetime Achievement award.

Can you believe it's been 27 years since the release of the hilarious hit movie?!

Back in 2012, there was talk about the dynamic duo reprising their roles in a flick called "Triplets," but the project was put on hold. In the sequel, Eddie Murphy was reportedly supposed to play the long-lost sibling to the fraternal twins.

Josh Gad, who wrote the script, revealed that the original stars loved the storyline. "To my knowledge, they all flipped out for the final product," Gad told MTV News last year. "Everybody is, from my knowledge, extremely happy with it."

"The script is sitting there, it's ready to be made," he added. "It's Universal's call whether or not to make it."

We would love to see "Triplets" on the big screen, wouldn't you? Sound off below!