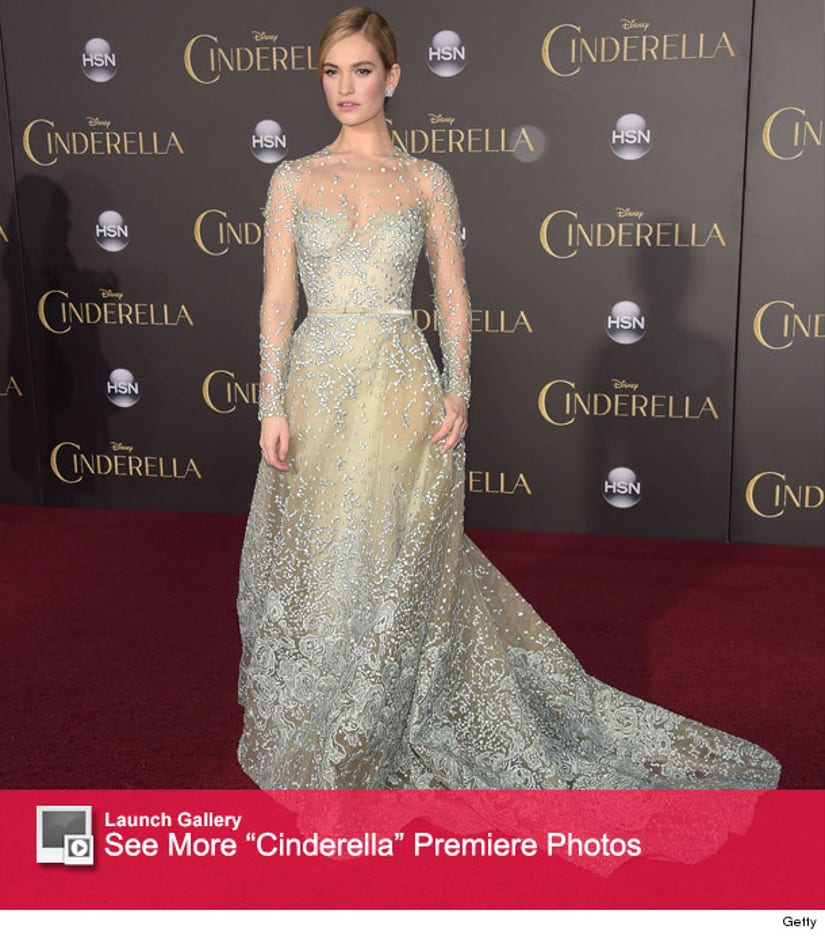 Hopefully Lily James got to keep this dress after midnight, because it's just stunning.

The "Cinderella" star looked like a true Disney princess at the film's red carpet premiere in Hollywood on Sunday night, decked out in a gorgeous Elie Saab couture gown, Christian Louboutin heels and simply beautiful hair and makeup.

The actress was joined at the event by costars Richard Madden and Cate Blanchett, but all the attention was on Cinderella herself.

The premiere was packed full of celebs and their kids, many of who wanted to score some face time with the fairytale beauty ... or, at least, the woman playing her. 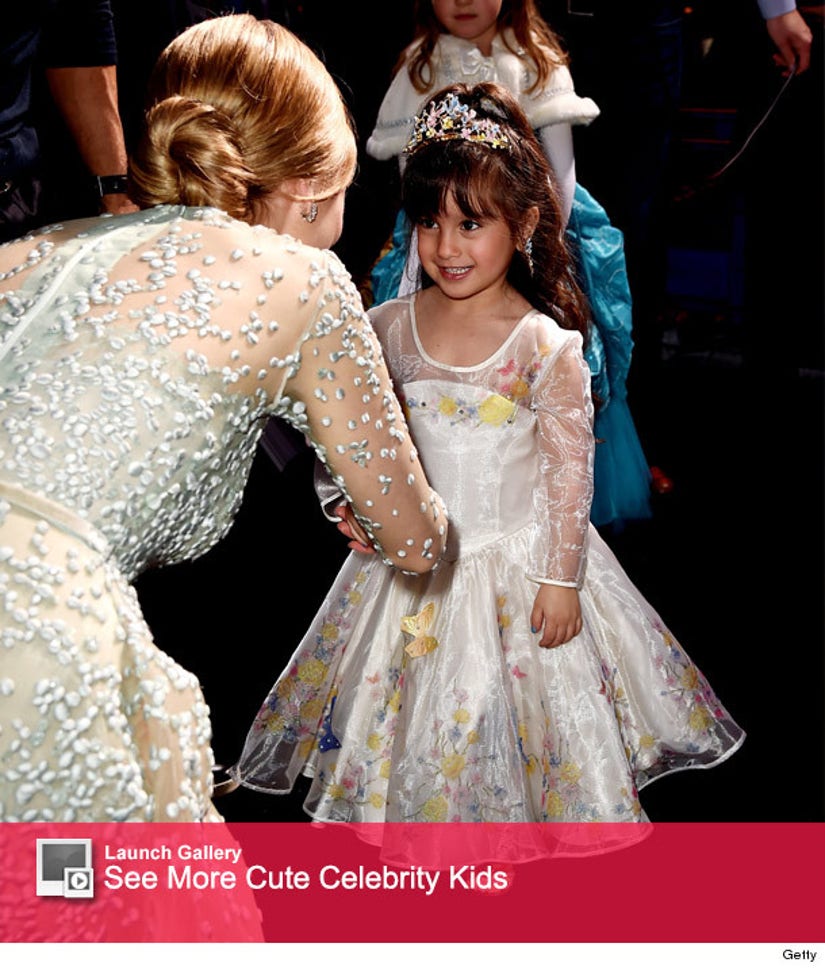 Mario Lopez's adorable daughter looked excited to come face-to-face with James. Sporting her own cute, butterfly-covered dress and tiara, the event was a dream come true for little Gia.

And she wasn't alone!

Ian Ziering also hit the red carpet with his wife Erin and their daughter Mia, who came dressed in the same blue dress from Disney's classic cartoon. Mia and Lily were seen comparing glass slippers on the carpet, in one of the cutest moments of the evening. 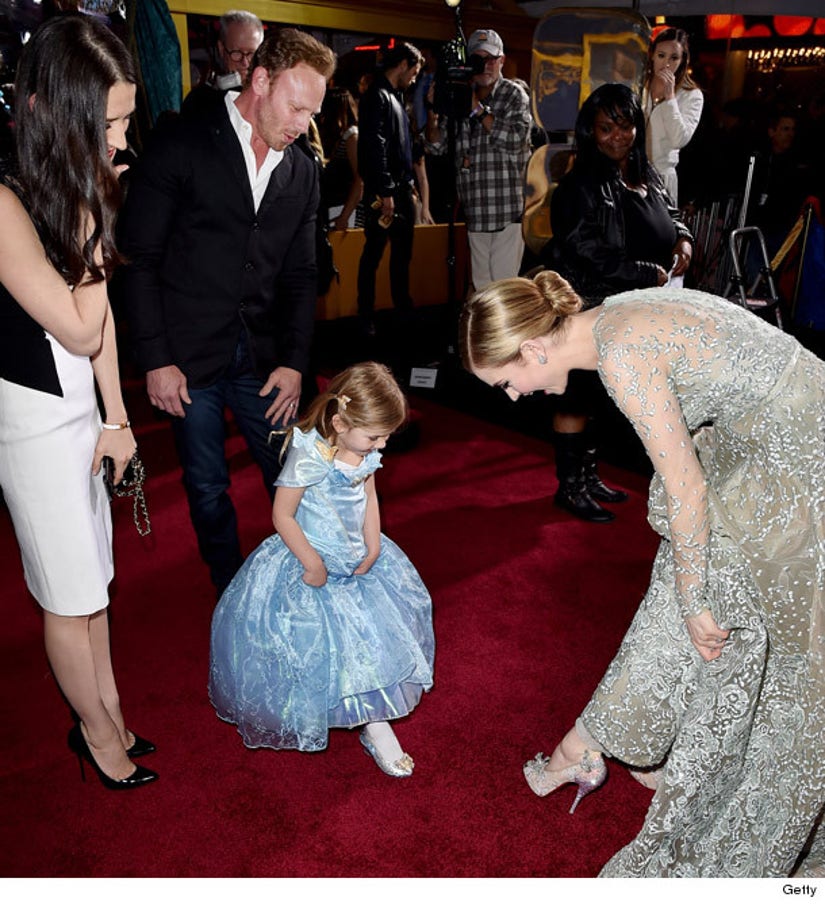