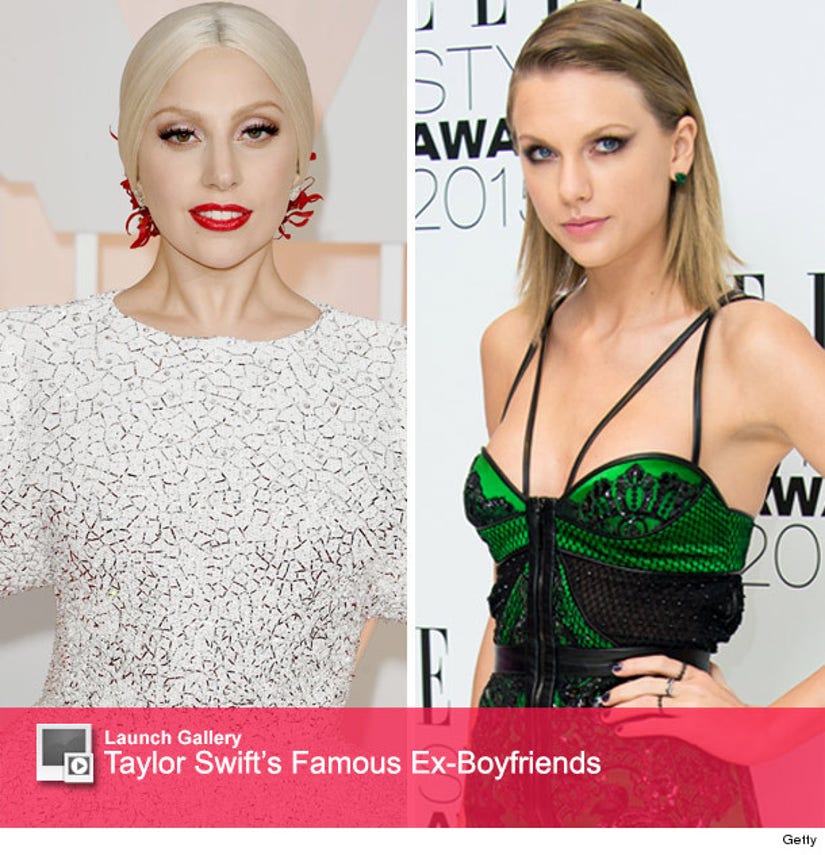 "Is it just me or is Lady Gaga, like, fully LIVING right now?!? #goals," she tweeted about the 29-year-old singer.

The "Applause" songstress couldn't help but thank Taylor for her kind comments and shared some positive words of wisdom about the 25-year-old pop star.

"@taylorswift13 wow you're a sweetheart! Life is friends, family, and love! We all see that in you, your prince charming will come!," Gaga responded to the blonde beauty.

This isn't the first time the "Do What You Want" singer has shared her admiration about Swift. Last year, while chatting with Howard Stern, Gaga revealed that the country cutie really won her over.

"You know, I've met her a few times, and I can't say anything bad about her," Gaga told Stern in December.

The pop stars first met at the American Music Awards, where Taylor gushed to the "Bad Romance" singer the about her "ARTPOP" album.

"It was at the AMAs or something – her and I were sitting next to each other, and she goes, 'Oh my god! I love ARTPOP! And I love 'Applause!' 'Applause is my favorite song!,'" Gaga explained about the first time she met Swift.

Well, the songwriter was dead wrong -- Gaga ended up getting a call from her stylist shortly after meeting Swift, where he confirmed that "Out of the Woods" singer was in fact a very big fan.

"He goes, 'Taylor Swift is here blasting ARTPOP so loud, and she is dancing, and she's posing,'" Gaga revealed.

"I said to myself, 'I like this girl.' You know why? Because she said the same thing to my face as she said behind my back," she added. "Yeah, I like her."

We'd love to see Taylor in a new relationship! What do you think about Gaga's comments? Sound off below and click "Launch Gallery" above to see some of Swift's ex-boyfriends!