Now this is killer a father-son moment!

Celebrity photographer Terry Richardson took to Instagram on Tuesday to share a candid snap from his latest photo shoot with Marilyn Manson and his father Hugh Warner.

In the pic, "The Beautiful People" singer poses for the camera with his arms wrapped around his dad, while both Warners rock head-to-toe black leather looks.

It's great to see that Marilyn and his father have such a close-knit relationship!

What do you think about Terry's latest celeb portrait? Tell toofab in the comment section below and check out the gallery to see more celeb dads!

PS: Here's what Papa Warner looks like without the face paint. 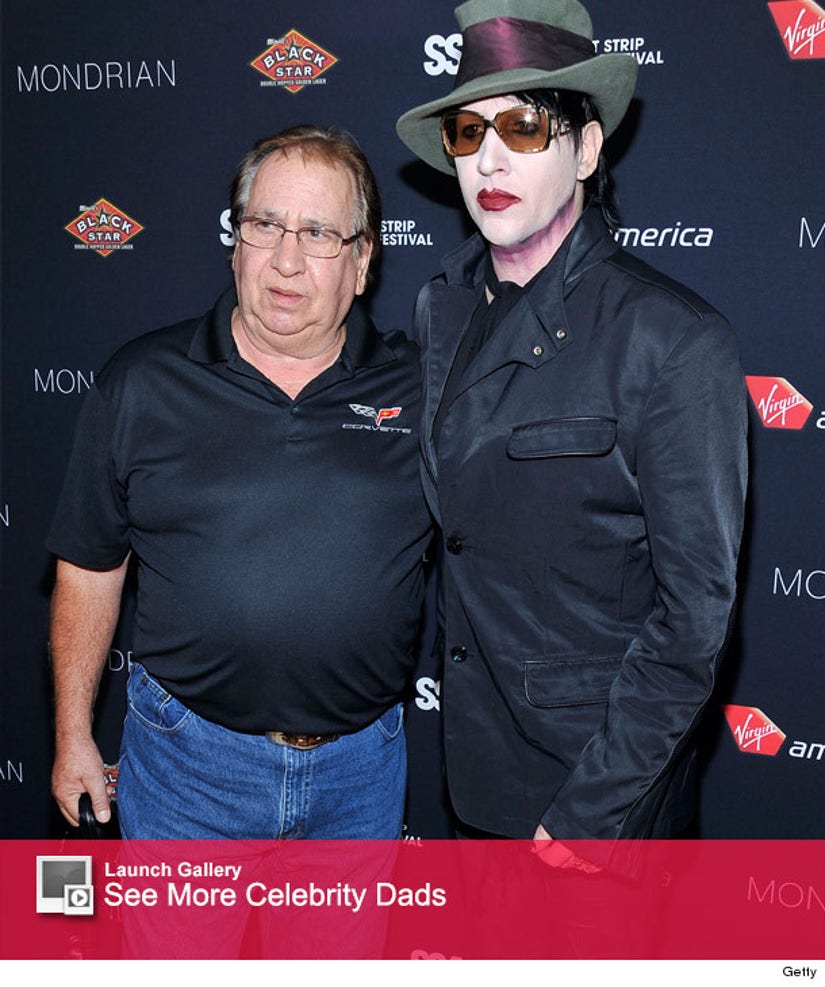