Quvenzhané Wallis is growing up right in front of our very eyes -- but all her time in the limelight hasn't gone to her head.

She became the youngest Academy Award nominee for Best Actress at the age of nine in 2012 and stole the spotlight on the red carpet with her puppy purses. Now 11, she headlined a recent remake of "Annie" and has gigs lined up with Salma Hayek, Octavia Spencer and more.

"It was pretty exciting. Not every 9-year-old can go to the Oscars," she says of her 2014 awards season. "It wasn't different [with my friends after]. It was the same. The same friendship. It was not like they were like 'Oh my god, she's like this movie star. She just like got nominated for an Oscar. It's like a big deal.' It was normal."

"It's very busy but it's really nice being able to meet and see different people," adds Qulyndreia. "It's also given us a platform to raise awareness for hunger, like we're doing now."

Not only is Wallis set to appear in "Fathers and Daughters" and "Kahlil Gibran's The Prophet" this year, but she's also partnered up with Kellogg's for National Breakfast Week to combat childhood hunger.

One in five kids may go to school without breakfast each day ... and it's a topic both Quvenzhané and her mother are passionate about. Find out how you can help by going to www.kellogs.com/give. 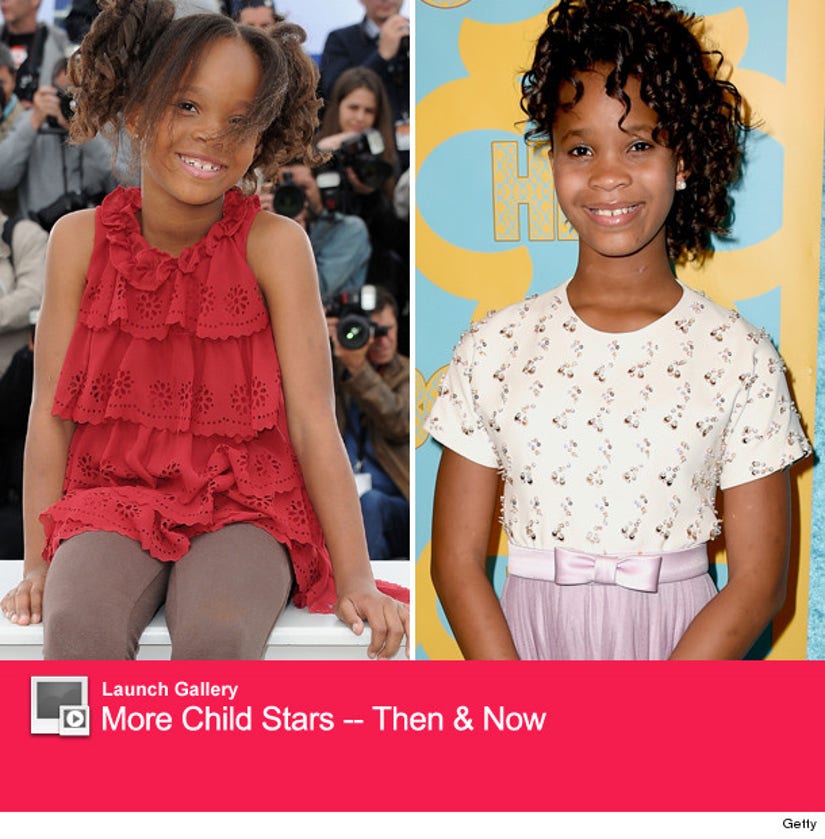 Wallis has already worked with some of Hollywood's biggest stars, including Jamie Foxx, Cameron Diaz, Amanda Seyfried ﻿and many more.

We also decided to put the 11-year-old actress in the hot seat to find out what it's really like to work with these A-listers. While the "Annie" star admitted that Foxx is "funny" and Rose Byrne is "sweet," she told us that Diaz is "like a mom" to her.

And check out the video below to see the two words she used to describe Salma Hayek: