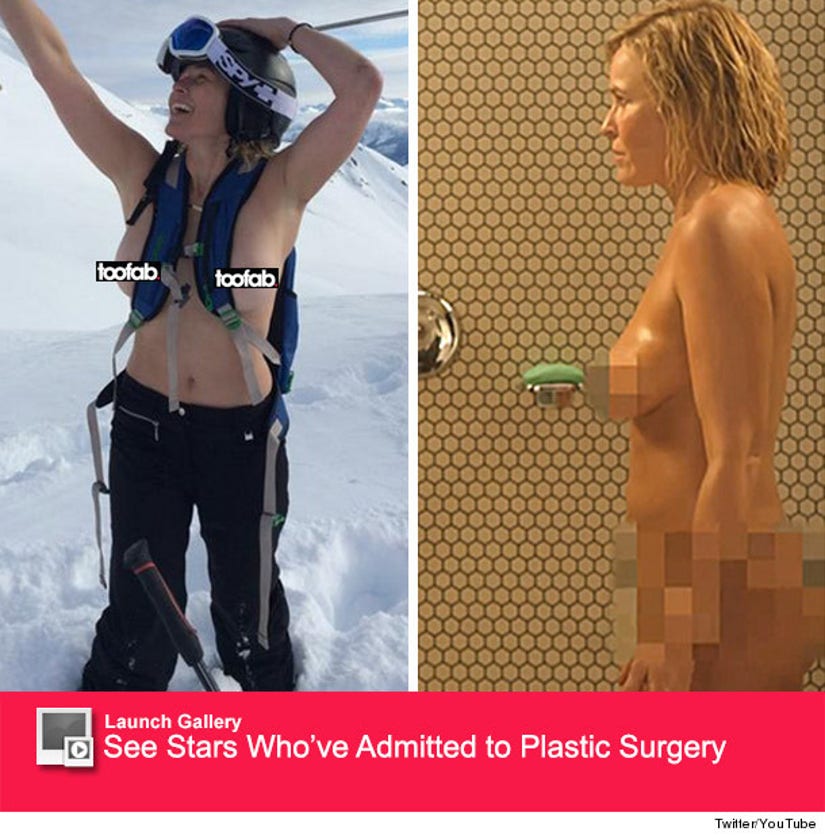 UPDATE: Chelsea just responded to the rumors via Twitter:

Um...there have been a lot of men who've touched my boobies, but not one of them has ever been a doctor.

Chelsea Handler has been flashing her boobs all over social media, but is she also showing off a recent breast lift?!

According to Us Weekly, the 40-year-old star went under the knife six months ago because she was "stressed about looking saggy."

Judging by the photos above, do you see a boost her in bust from her infamous "Chelsea Lately" shower scene in August (right) to her ski trip over the holidays (left)?

The comedienne showed off her goods during the finale of her E! talk show, when she stripped down in a hilarious sketch with Ellen DeGeneres.

The sketch opened with shots of a naked Handler entering a public locker room, getting a rinse in an area labeled "Chelsea Lately Staff Showers." This clip came after she did shower scene gags with other big stars including Sandra Bullock and Conan O'Brien.

While Chelsea has always been comfortable with her body, this rumored breast lift may have given her even more confidence. She's been posting topless photos from all over the world -- on the top of a ski mountain, at Mardi Gras and even while riding a camel.

Do you think she went under the knife? Sound off below!