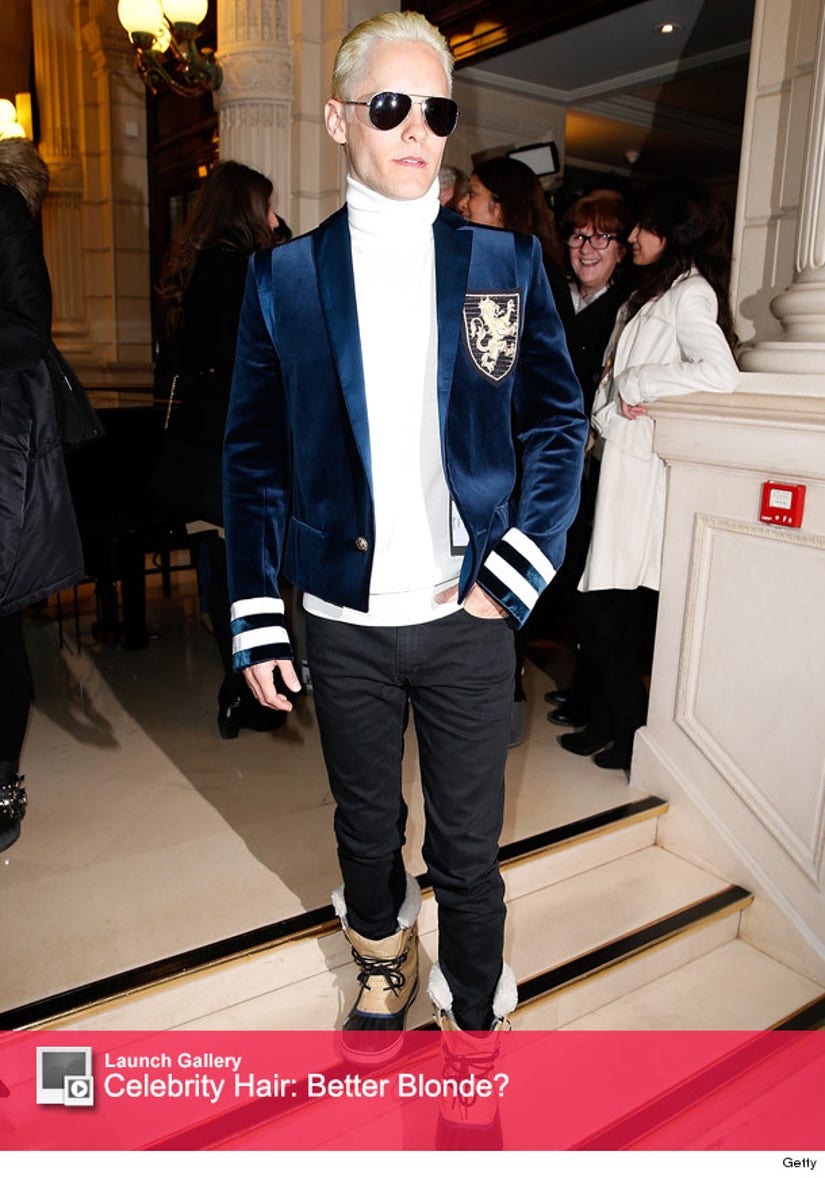 Kim Kardashian wasn't the only one to show up to Paris Fashion Week with platinum blonde hair!

Jared Leto, who just cut his long locks a couple days back in preparation for his role in "Suicide Squad," was also spotted at the Balmain show on Thursday with an even shorter and much lighter look.

The actor's bleached undercut and smooth face at the show is a stark contrast to how he looked at the Academy Awards just last month, where he sported his famous Jesus hair and full beard. He finished off his look with a turtleneck, blazer, sunglasses and, randomly, snow boots.

It also looks like he either bleached or shaved off his eyebrows. Does he remind anyone else of Karl Lagerfeld now ... or Draco Malfoy, right down to the placement of the insignia on his blazer. 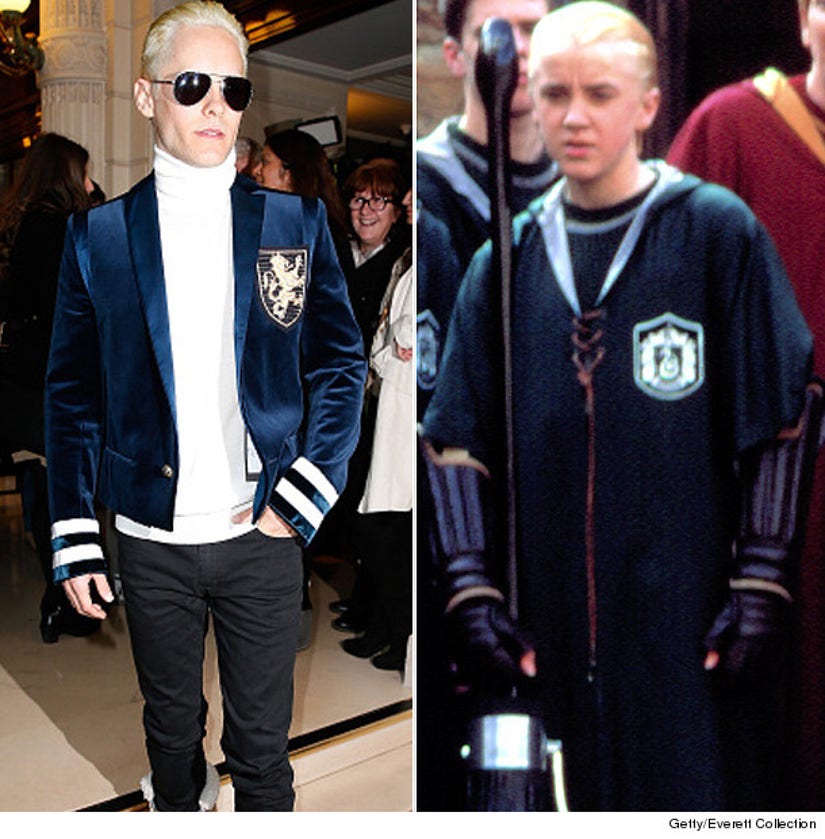 This is just the next step in the 43-year-old's transformation into the Joker. We have a feeling his follicles won't be staying platinum for long, as the Batman villain is known for his green-hued hair. Think he just had to strip it before dying it?

What do you think of the Leto's latest look? Sound off below!