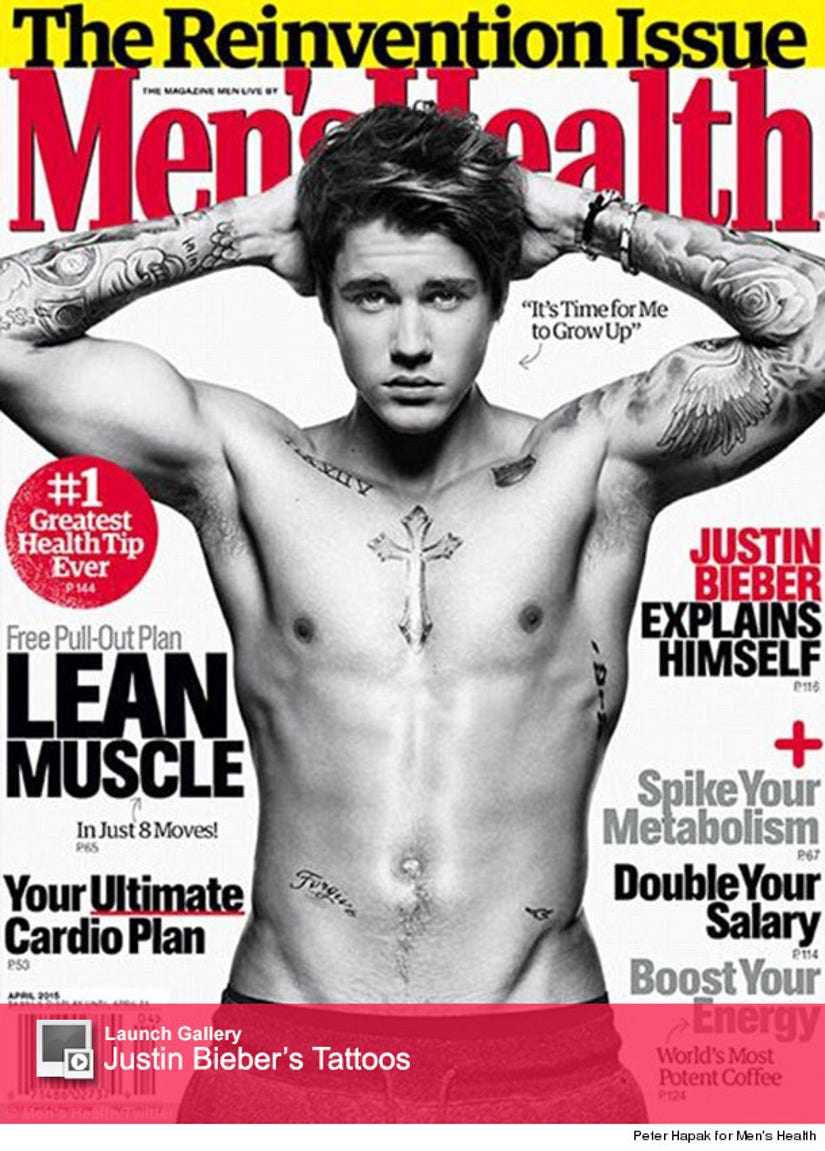 Justin Bieber's ready to be an adult .. almost!

The pop star covers the April issue of Men's Health magazine, where he speaks out about growing up in front of the spotlight and changing his bad boy ways.

"It's time for me to grow up," the "Baby" singer tells the mag. "This has really been a big year for me, as far as figuring stuff out. This is almost like a full 180 from how I was. Yesterday – a year from yesterday – I was in jail."

Bieber -- who just celebrated his 21st birthday on Sunday -- also says that because of his career, he's had to grow up faster than most people his age.

"I had to grow up so quick. And it was almost like I grew up for the public but I didn't necessarily grow up," he explains. "There were things I had to do, as far as the way I had to make relationships, and conversation, but as far as actually growing up, there were a lot of things I missed out on."

While Justin sounds far more mature in this interview than ever before, he still wants to enjoy his youth.

Nevertheless, the singer does want to settle down and admits that he prefers to be in a relationship.

"I'm very much a relationship guy," he confesses. "I like to bounce ideas off the person that I love. I like having a real connection."

We love seeing this side of Justin -- what do you think about the "Boyfriend" singer's candid comments? Sound off below and click "Launch Gallery" above to see more of Bieber's tattooed covered bod!

Make sure to check out the pop star's full interview with Men's Health on stands March 10!