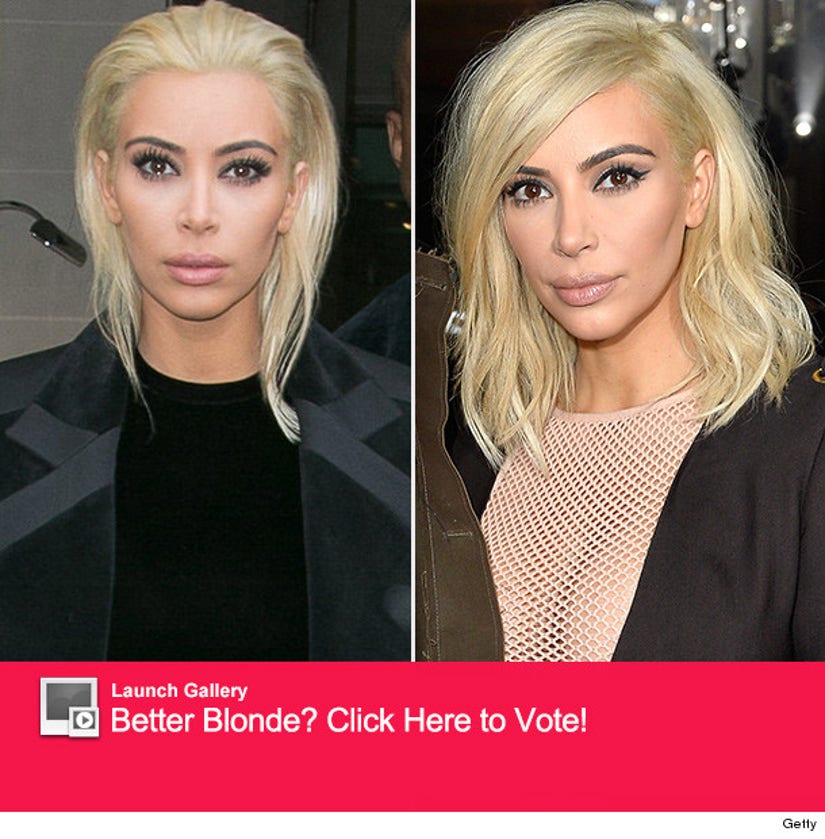 Kim Kardashian debuted her new platinum blonde 'do on Thursday as she stepped out with Kanye West to the Balmain show at Paris Fashion Week.

The reality star paired her lighter locks with a black mini dress, a black blazer and opaque tights. Her husband also sported an all-black ensemble, including cropped pants and a velour sweatshirt.

She was later spotted at the Lanvin show with her locks styled in another (and much better) way. It looks so much more stylish in the shot on the right, right?

This isn't the first time the usually-brunette bombshell has gone blonde.

She first lightened up her mane in 2013 after welcoming daughter North West, and she toyed with the color again last year.

After Mrs. West dyed her hair back to her signature dark hue, she seemed to have a serious case of dyer's remorse.

"I'm so annoyed I dyed my hair dark! I wanted to switch it up since I feel everyone went light, and we started filming a new season of 'Keeping Up With the Kardashians,' so [I] wanted a fresh look," she wrote on Mobio Insider. "BUT now I am missing my light hair! HELP!!! What do I do? Go light again or stay dark and get used to it?"

Almost instantly "Draco Malfoy" started trending on Twitter, with many comparing her to the Harry Potter villain. Tom Felton, who played the character, even chimed in ... tweeting "So apparently Kanye has a Draco fetish." 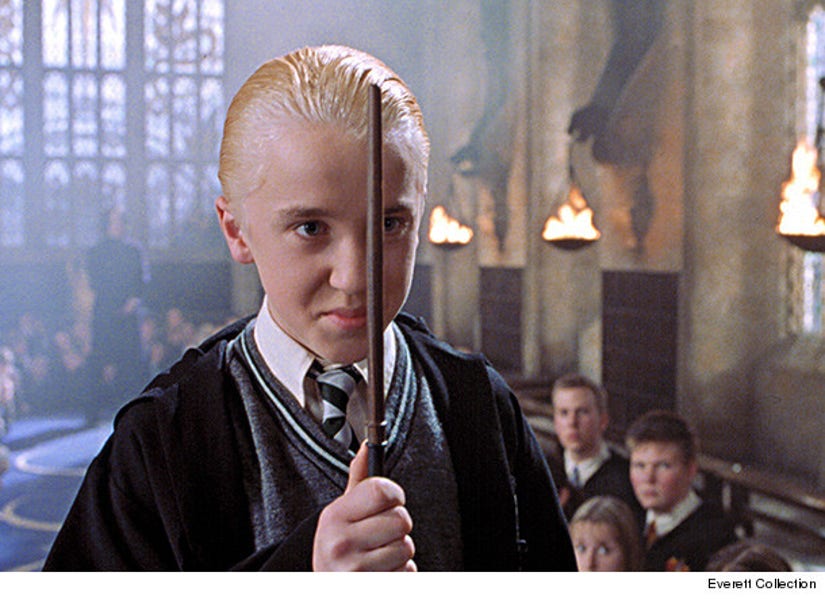 We definitely see it ... though Jared Leto pulled it off a little bit better.