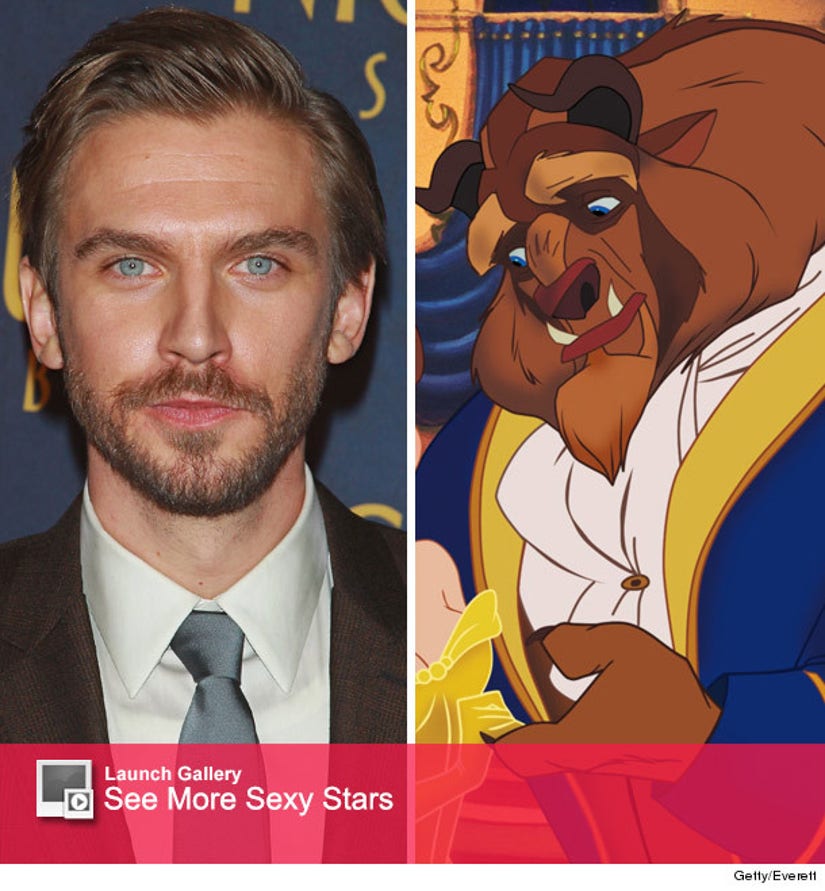 Disney's life-action adaptation of "Beauty and the Beast" has cast the titular Prince-turned-monster, who will star opposite Emma Watson's Belle in the highly-anticipated flick.

"Downton Abbey" alum Dan Stevens will play the brooding Beast in the flick. The Hollywood Reporter announced the news on Wednesday and we have to say, he definitely looks the part.

With his striking blue eyes, we can definitely see a resemblance. And he'll look pretty good as the prince too!

The "Harry Potter" star also seems pretty thrilled by the casting news, she extended a welcome to her new costar via Twitter on Thursday.

Could not be more happy that this man will be Beast!!! Welcome aboard @thatdanstevens #beautyandthebeast pic.twitter.com/F1ghG3pvcU

"Could not be more happy that this man will be Beast!!! Welcome aboard @thatdanstevens #beautyandthebeast," she tweeted along with a silly photo of the star.

Not to be outdone, we also have word on who will play the villain in the fairy-tale film. The 24-year-old also gave a French welcome to "Dracula Untold" actor, Luke Evans, who will be playing Gaston.

Emma previously said she's be taking singing lessons for the film -- so it sounds like this one will be a full on musical.

What do you think of the casting news?! Tell toofab in the comments section below then click