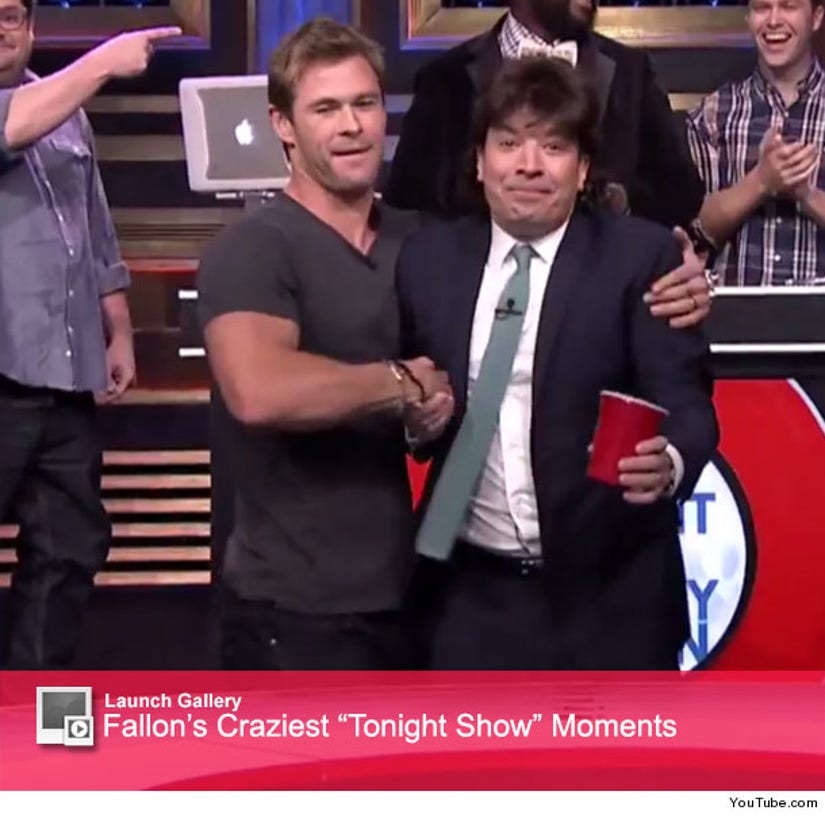 It's musical chairs -- with a twist!

Chris Hemsworth, Hugh Jackman, and the "SNL" cast stopped by "The Tonight Show" on Thursday night to play a round of Musical Beers with host Jimmy Fallon.

The "X-Men" star, who was the celebrity guest that night, looked super excited to see his fellow Aussie, who was promoting his own "SNL" hosting gig this weekend.

The two hunky Australians got decked out in mullet wigs along with Kate McKinnon, Bobby Moynihan and Colin Jost, as they played the hilarious party game with Questlove controlling the music.

"Instead of diving into empty chairs we're grabbing cups of beer. While the musics playing we'll walk around a circle around this table. When the music stops everyone has to grab a cup," Fallon explained to the guests.

"After each round there will be one person left empty handed. The last man or woman standing is the musical beers champion."

The contestants moved around the table to a mashed up version of Arianna Grande's hit song "Bang, Bang" just to add to the confusion.

McKinnon was the first to be kicked out of the game, but how did everyone else do?!

Watch the hilarious clip above to see who was crowned the Musical Beers champion!