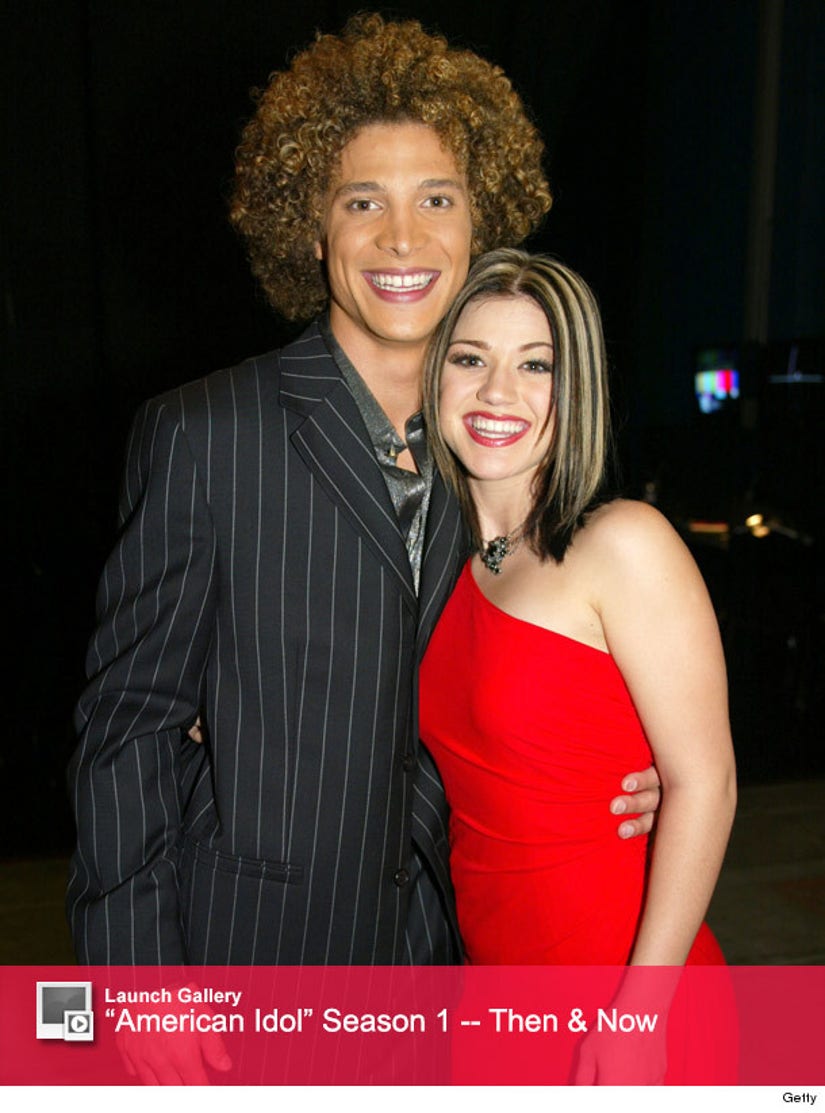 The legendary love story in "From Justin to Kelly" was the real deal.

Kelly Clarkson and her Season One runner-up Justin Guarini followed up their time on "American Idol" with one of the best worst movies ever made, the aforementioned movie musical that took place during Spring Break in Miami.

And while the romance wasn't exactly realistic on film, sparks were flying off set.

The "Heartbeat Song" singer was on "Watch What Happens Live" last night, where Andy Cohen put her in the hot seat for a round of Plead the 5th -- and that's where the truth about Justin came out.

"We didn't date during 'Idol,'" Clarkson said after he asked whether they hooked up. "We did date a little bit. I think any two people that are thrown together that much would date. Guy, girl, 'Timeless' [a duet from their musical], put that song on, you can't fight it!"

Cohen also asked her if she still thought Miley Cyrus sounded like a "pitchy stripper" after this memorable tweet from 2013:

"I never said Miley Cyrus. The fact I said 'pitchy stripper' and people thought Miley Cyrus is not my problem," Clarkson said with a laugh. "I'm not going to say who it was!"

Watch the video above to see what she said when Cohen pressed on, asking what she thought about Katy Perry and Nicki Minaj, who both also performed that year. Plus, find out who she thought of Carrie Underwood's "Sound of Music" performance!

And, as an added bonus, watch Clarkson reprise her role from "From Justin to Kelly" to reenact a scene with Andy!