It's been over a year since Paula Patton and Robin Thicke split ... and five months since she filed for divorce ... but now, she's ready to speak out.

The actress appeared on "Good Morning America" on Friday to talk about living single with Robin Roberts.

"I'm doing really well," Patton said. "I mean, the honest truth is it has been challenging, but it's been a year of growth, learning about all new things. My son's happy and I'm very -- you know, I feel like everything happens for a reason. And then you have to move on and grow from there."

"The thing is you can't wallow in sadness or stay in bed when you have a child. And they're so full of life and wonder. And he brings me so much joy," she added, referring to the couple's four-year-old son Julian.

Though the two split over rumors of infidelity, Patton isn't focusing on the negative things in her life.

"Usually the positive in your life outweighs that. And you have to just be thankful for what you have right now," she added.

It sounds like Patton's in a really good place these days ... and with a new clothing line and a new ABC pilot lined up, she's ready to put Thicke behind her! 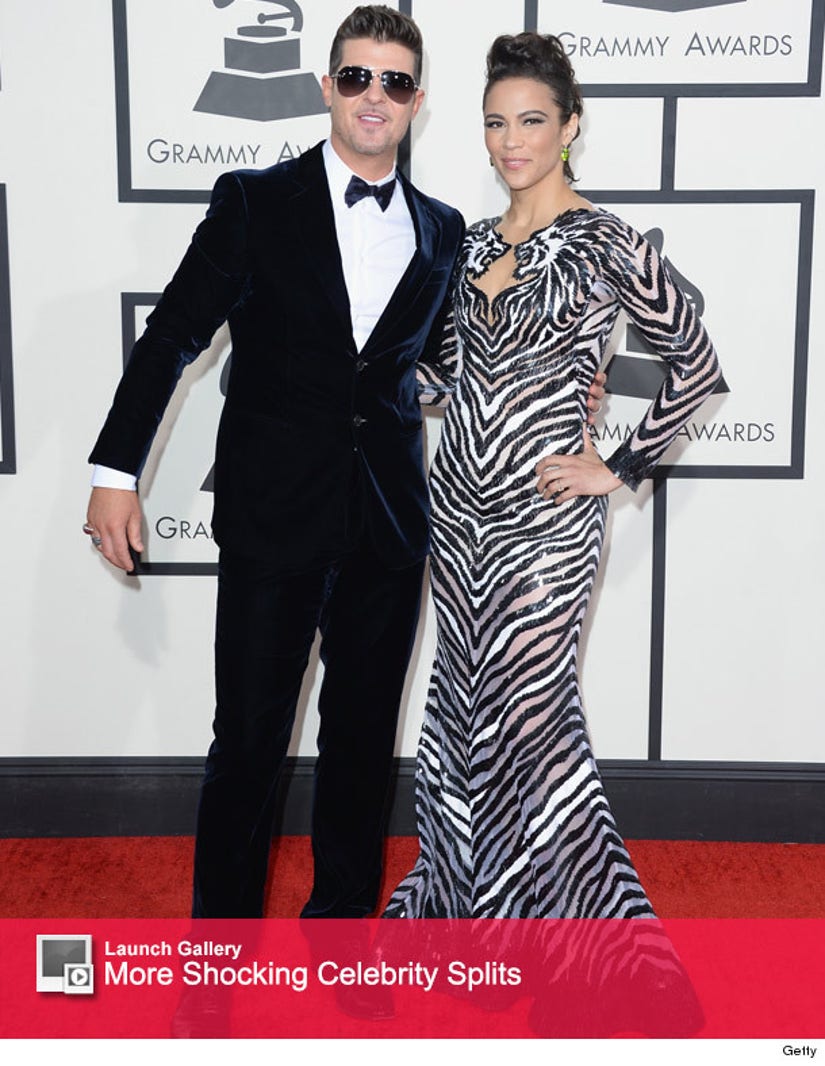