Just days after Olivia Pope (Kerry Washington) was rescued from Iranian kidnappers, she heads back to work after a 17-year-old Brandon Parker is shot dead by a white cop after being suspected of shoplifting. Sound familiar?

The story line mirrors the real-life events in Ferguson, but takes it one step further as the boy's father Clarence (Courtney B. Vance) sits in a lawn chair -- over his son's body -- with a shot gun, refusing to move from the crime scene. 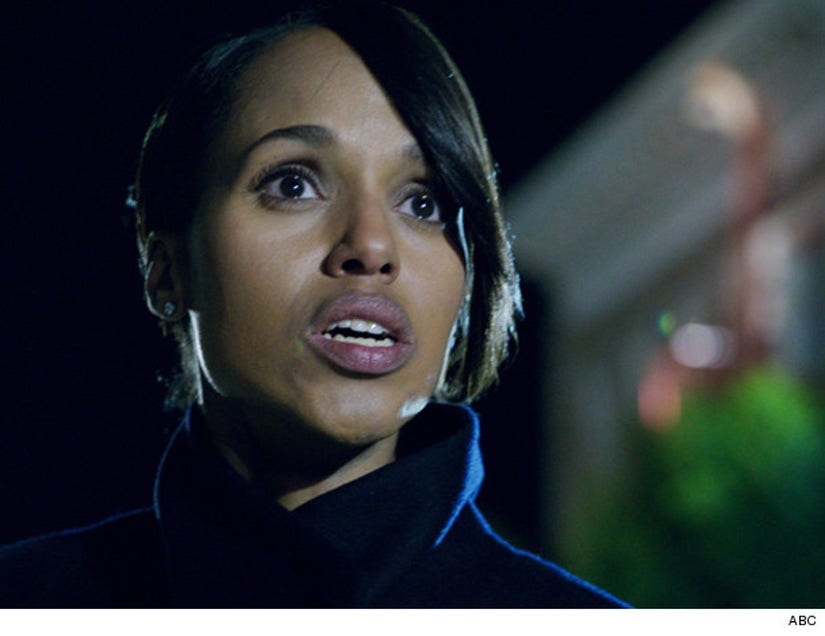 While she is brought in to handle the situation for law enforcement, Liv quickly joins forces with the local activists. "Stand up, fight back, no more black men under attack," she chants with the angry protesters.

Pope finds out that there is security camera footage of the shooting, but the cops aren't releasing it, so she uses her White House connections to get Attorney General David Rosen to serve a subpoena.

In the security clip, it looks like Brandon's pulling a knife on the officer ... but Clarence insists his son never carried one. 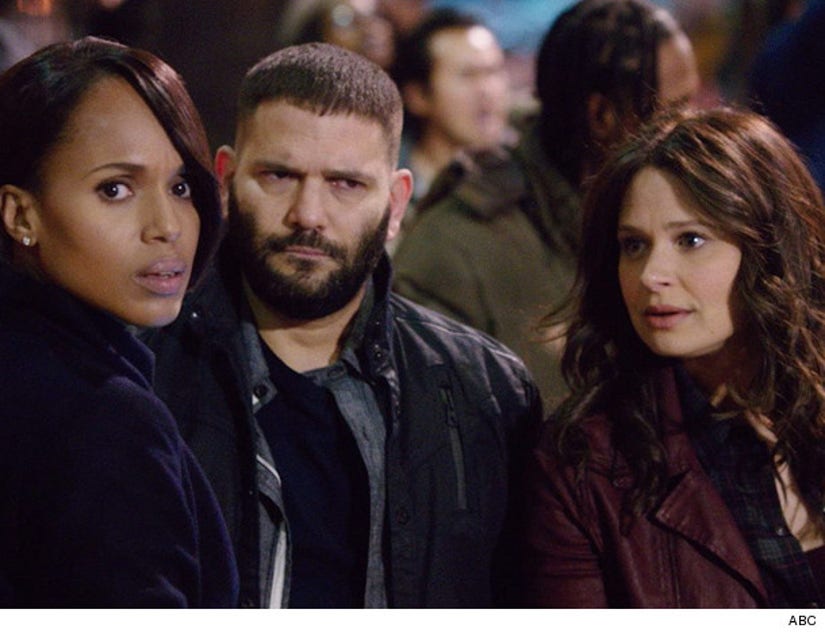 Olivia then storms into the police station with Rosen to confront the cop, who goes on a rant about how "you people" are raised to see cops as the enemy and they ﻿﻿need to respect law enforcement. He says dozens of murders are blacks turning on one another, and "yet I'm the animal."

The corrupt cop eventually lands behind bars after Olivia proves Brandon was actually just showing the cop a receipt for the cell phone he was accused of stealing.

In the end, Olivia brings a grief-stricken Clarence to the White House to meet the President, who knows what it's like to lose a young son. 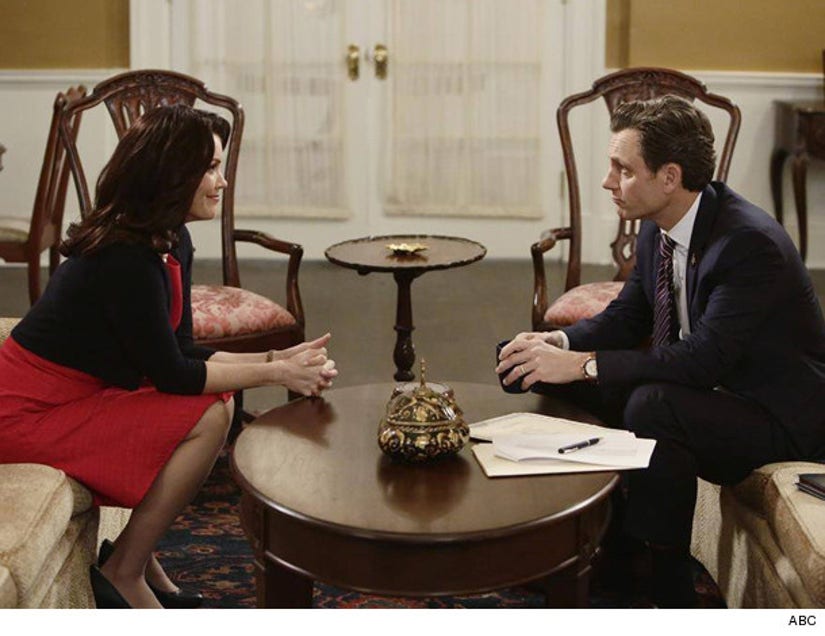 As OP is preventing a race-fueled fight, President Fitz (Tony Goldwyn) is actively looking to replace Vice President Andrew (Jon Tenney) without having to impeach him. Fitz promises Mellie (Bellamy Young) he'll choose a weak candidate that she can easily take out when she runs for president next term.

After sabotages Cyrus' efforts to steer him towards a New Mexico governor, Mellie and Fitz turn to Susan Ross, the bumbling Virginia senator that Olivia got voted into office.

Check out the clip above to hear our reactions to the episode, see who we think should be Olivia's new love interest, and find out our predictions for what will happen next!