Jussie Smollet isn't coming out of the closet ... because he's never been in one!

The actor, who plays Terrence Howard's gay son on "Empire," has been the subject of online gossip regarding his real-life sexuality since signing onto the incredibly-popular Fox series.

He's hedged questions about his personal life in past interviews, but while talking to Ellen DeGeneres in a special backstage interview for her talk show, he opened up about being a proud gay man.

"It was very, very important to me that, as my first performance and talk show that it was with you. You've been such an inspiration to so many, but also to me," he told Ellen. "What you've done with, in the LGBT community is very much in my opinion kind of like what Michael Jackson did with the black community just that you are who you are. And he was just Michael and you're just Ellen, so it was really important to me to make sure that it got across that there is no closet. There's never been a closet. That I've been in. I don't own a closet, I got a dresser, but I don't have a closet, but I have a home and that is my responsibility to protect that home." 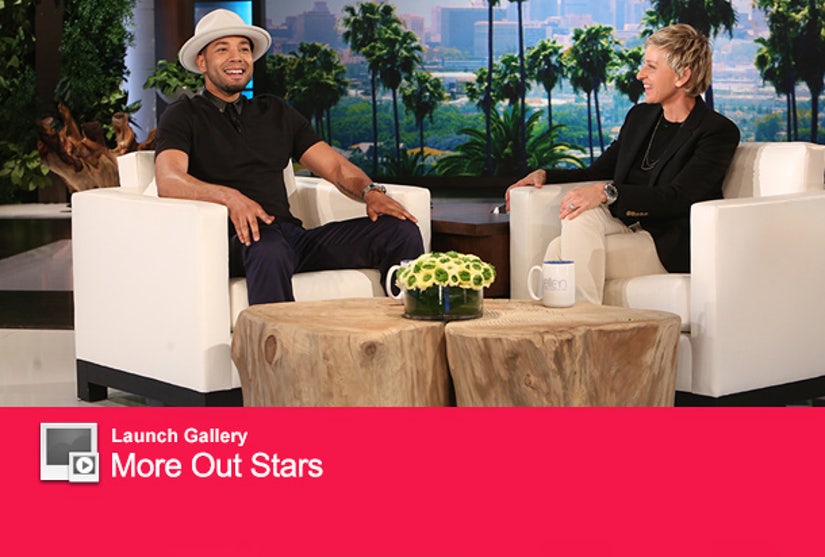 "I am so proud of you that you say there is no closet there never has been a closet," Ellen said in response. "You've never pretending to be anything that you aren't."

"Ever, ever," he replied. "So lets not read into it the wrong when I say that I don't talk about my personal life, I'm saying that. But it is in no way to hide or deny who G-d made me. Ya know?"

"My mama knows. My Mama likes me a lot. And yes I take her to the 'Sound of Music' sing-along every, single year. So, any questions?," he joked. "But you know honestly, we're humans and we love and we do all that good stuff. So I'm honored for this opportunity and I honored to be here with you."

During his on-stage interview with the talk show host, the 31-year-old spoke out about some of the show's passionate fans ... and their negative reactions to his character.

"I get some ignorant tweets every once in a while you know, and I know you're not supposed to respond, but sometimes you got to clap back," he said. "My Mother, who's in the back right now, she's absolutely an activist. And I'm a firm believer that people cannot get away with murder although, I love 'How to Get Away with Murder.' But you cannot allow people to just spew hate and be ok," he continued.

"I have a tattoo that's the first line in 'Man in the Mirror' that says, 'I'm going to make a change.' And I just feel that, as tenant's of this earth it's our job to make a difference and make the world better and we can't just sit around and let people spew nasty things and just think that's ok. It's not ok."

The full interview with Jussie airs today on "The Ellen DeGeneres Show."