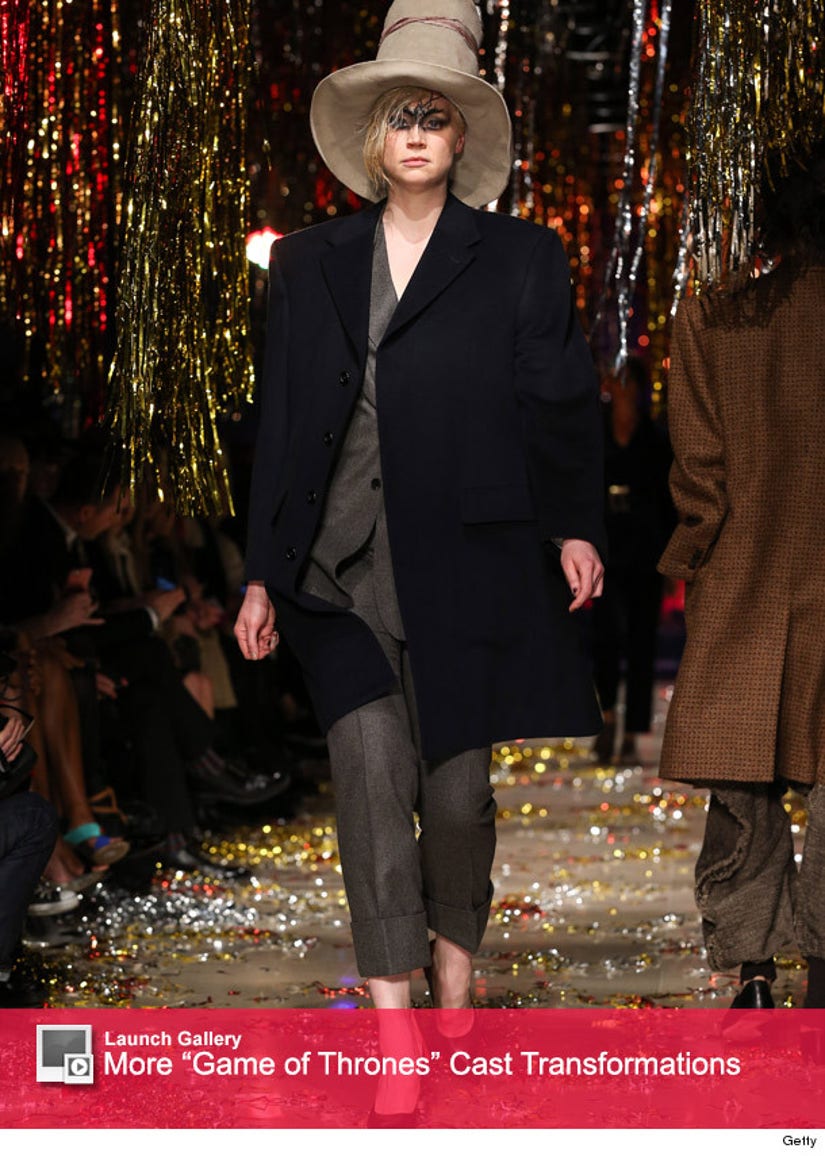 Brienne of Tarth just slayed ... on the runway!

"Game of Thrones" star Gwendoline Christie shed her character's bulk armor for something a bit more stylish over the weekend, as the hit the catwalk as part of the Vivienne Westwood show for Paris Fashion Week.

At 6'3", the model-turned-actress was a force to be reckoned with as she strut her stuff in a tailored suit, dark jacket and ginormous hat. She wore her short hair in messy waves and sported some wild makeup around her eyes.

The TV warrior was also seen rocking a black dress and thigh-high boots. 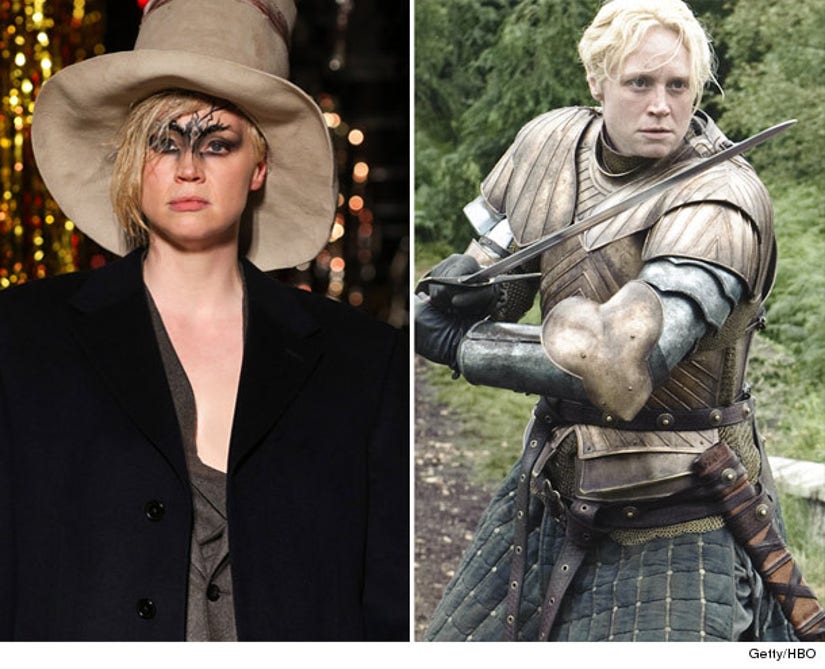 Christie, who will also appear in "Star Wars: The Force Awakens," recently opened up to Stylist about her "masculine" transformation to play Brienne.

"It was frightening. Imagine; I used to have really long blonde hair, always wearing heels, lots of make-up. I had been someone who was highly feminized and had chosen to look that way, partly because I was 6ft 3in but also I was into that aesthetic. I knew it had to be stripped away. I knew this would be an important part not just for my work but in terms of my own development, because I would be confronting elements of myself that I didn't want to confront," she told the website.

"To see yourself displayed as unattractive, large, masculine, it's quite tough ... But I know it's just perspective. A social conditioning that causes us to view these traits in a woman in a negative way, but it's still hard to watch myself even now," she added.

Her hard work paid off though, as Brienne is clearly a fan favorite for the show. We can't wait to see what she does when the show returns to HBO for Season 5 on April 12.