Lena Dunham has been dating boyfriend Jack Antonoff for three years, but she's not ready to say "I Do" just yet.

The "Girls" star reveals to Ellen DeGeneres that she won't get married until gay marriage is legal in all 50 states.

"Well, it's something that … the idea of having a celebration that can't be fully shared among all the people in my life and all the people that we love just doesn't really feel like a celebration at all," she says during an upcoming appearance on "The Ellen DeGeneres Show."

"So, until that's something that everyone can join into with no sense of being left out on any level, politically, emotionally, it's just not something that we're gonna do," she adds.

Earlier this year, the couple sparked engagement rumors after Lena was spotted with a ring on that finger. As it turns out, it was actually a friendship ring she shares with friend and "Girls" co-executive producer, Jenni Konner. 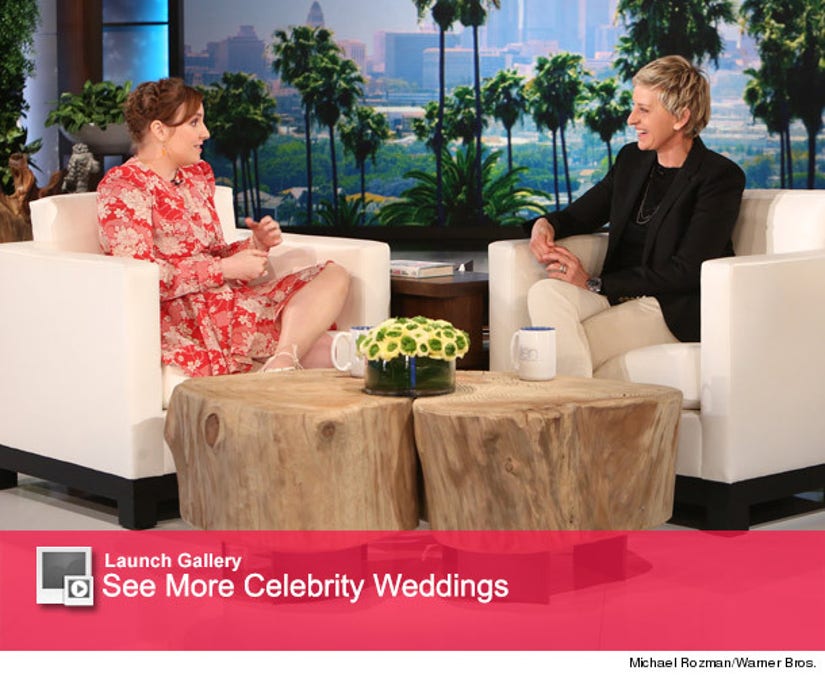 During the interview with Ellen, the actress also faces the "Hastag Bag," where she reveals the one thing she can't live without, her biggest fear and her very surprising celebrity crush.

Check out the clip below to see which Oscar nominee she has a thing for!