The Giudices are hanging in there!

"Real Housewives of New Jersey" star Melissa Gorga opened up about her sister-in-law, Teresa Giudice's, 15-month prison stint and revealed how the family has been coping with her absence on Sunday's "Watch What Happens Live."

Check out the video above to see what an emotional Melissa told host Andy Cohen about her fam.

Gorga said that both she and her husband Joe Gorga (Teresa's brother) have stayed in contact with the reality star since she was admitted to the Federal Correctional Institution in Danbury, Connecticut on January 5.

"I've written to her, and she's spoken to her brother on the phone," Melissa added.

The brunette beauty likewise almost broke down into tears while talking about Teresa's hubby Joe Giudice.

When asked how Joe was doing, Melissa said the whole ordeal has been "heavy on his heart," but the father-of-four has "been manning up" especially when it comes to his little girls, Gia, Audriana, Milania and Gabriella.

What do you think about Melissa's candid comments? Tell toofab below and make sure to check out the video above to see what else the 35-year-old said about her family! 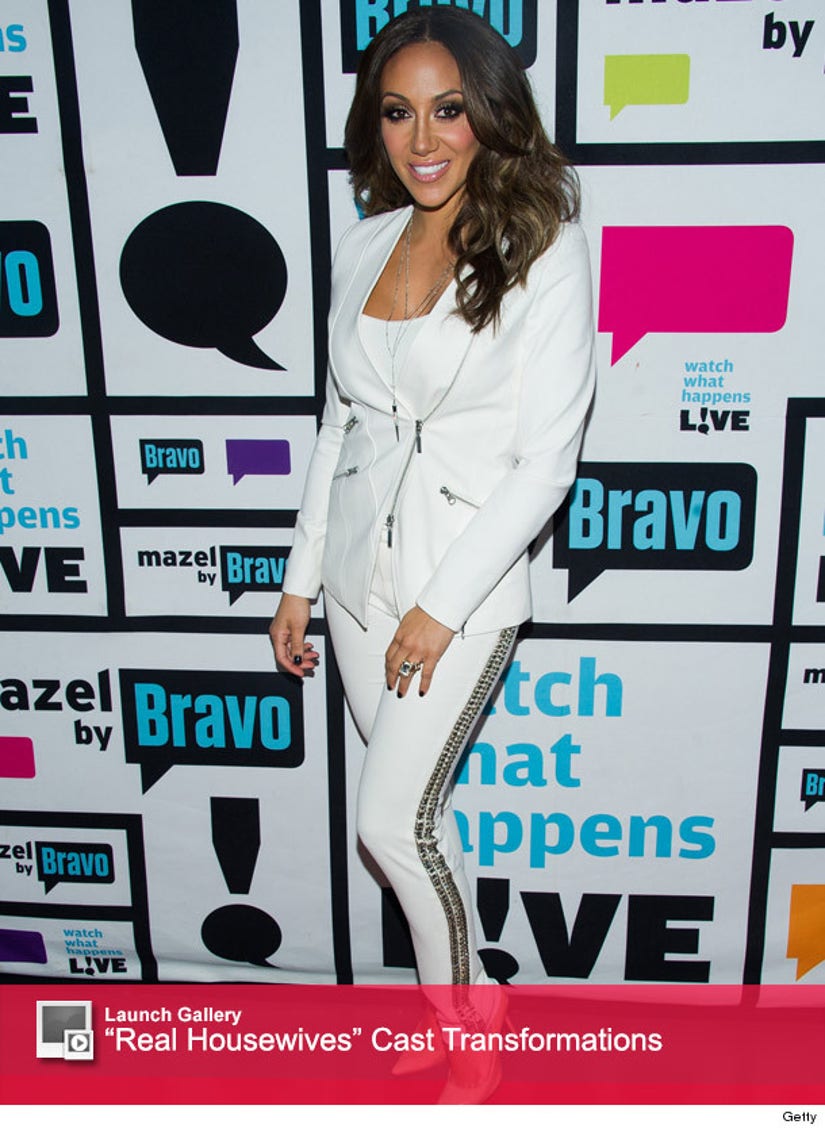