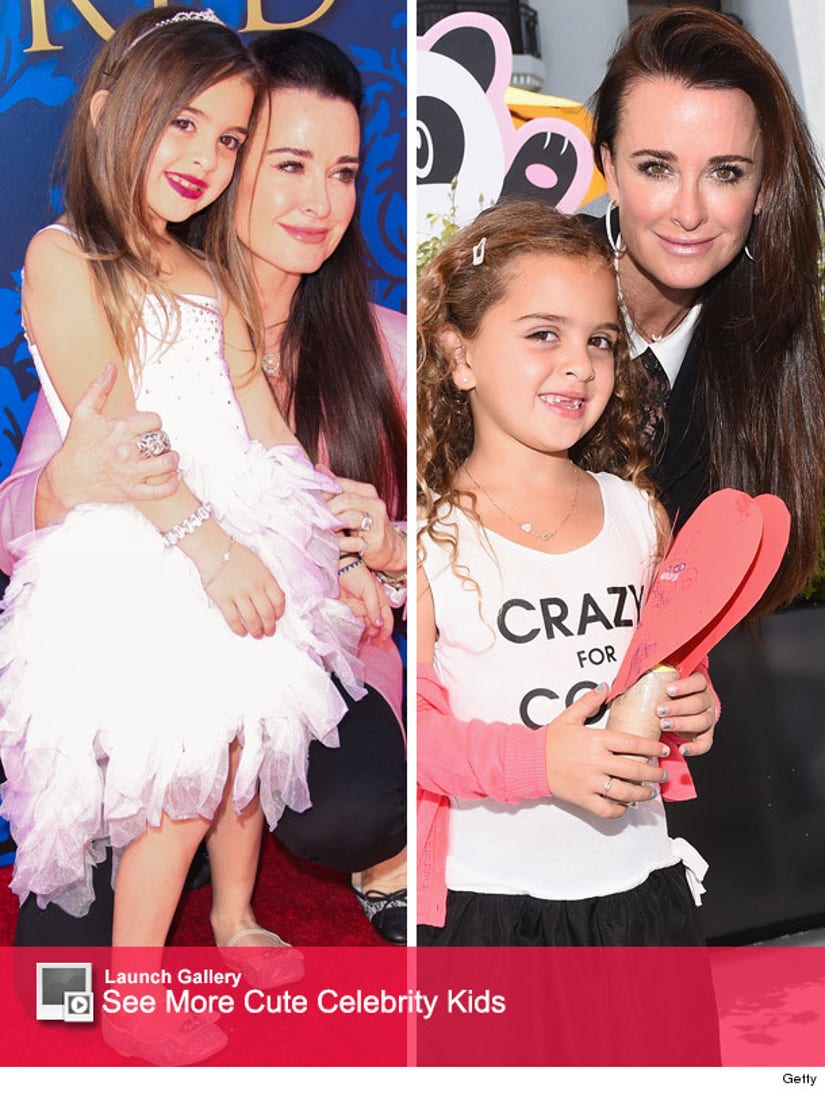 Talk about a fairy tale moment!

The star-studded screening was a benefit for JDRF at Walt Disney Studios, and Richards' daughter definitely dressed the part for the night.

In the photo, Portia looks like a little princess wearing a pink fluffy dress and silver sequin shoes. The 6-year-old is also sporting a rhinestone bedazzled tiara, a matching bracelet, eye shadow and bright red lipstick.

It also looks like Kyle straightened her daughter's normally-curly brown tresses for the special night.

We can't believe how big the reality star's little girl is getting!

It's nice to see Kyle getting some low-key family time after last week's explosive episode of her Bravo show. We saw Richards running for the hills after Lisa Rinna and Kim Richards got into an epic fight while vacationing in Amsterdam.

Kyle finally addressed the feud in a blog post that went up over the weekend.

"It was scary to be in the middle of this. I can't explain why my instinct was to run out of there. I didn't even have time to think. I just wanted to get as far away as possible," she wrote. "Even as a little girl, my instinct when something scared me was to run and hide. In that moment, I felt like a child again. It was so incredibly upsetting. I didn't know what was going to happen next, and I didn't want to be there."

She also teased that it wouldn't be the last fight we see in Amsterdam, "not by far." Can't wait!

What do you think about Portia's princess makeover? Tell toofab in the comment section below and click "Launch Gallery" above to see more cute celebrity kids!