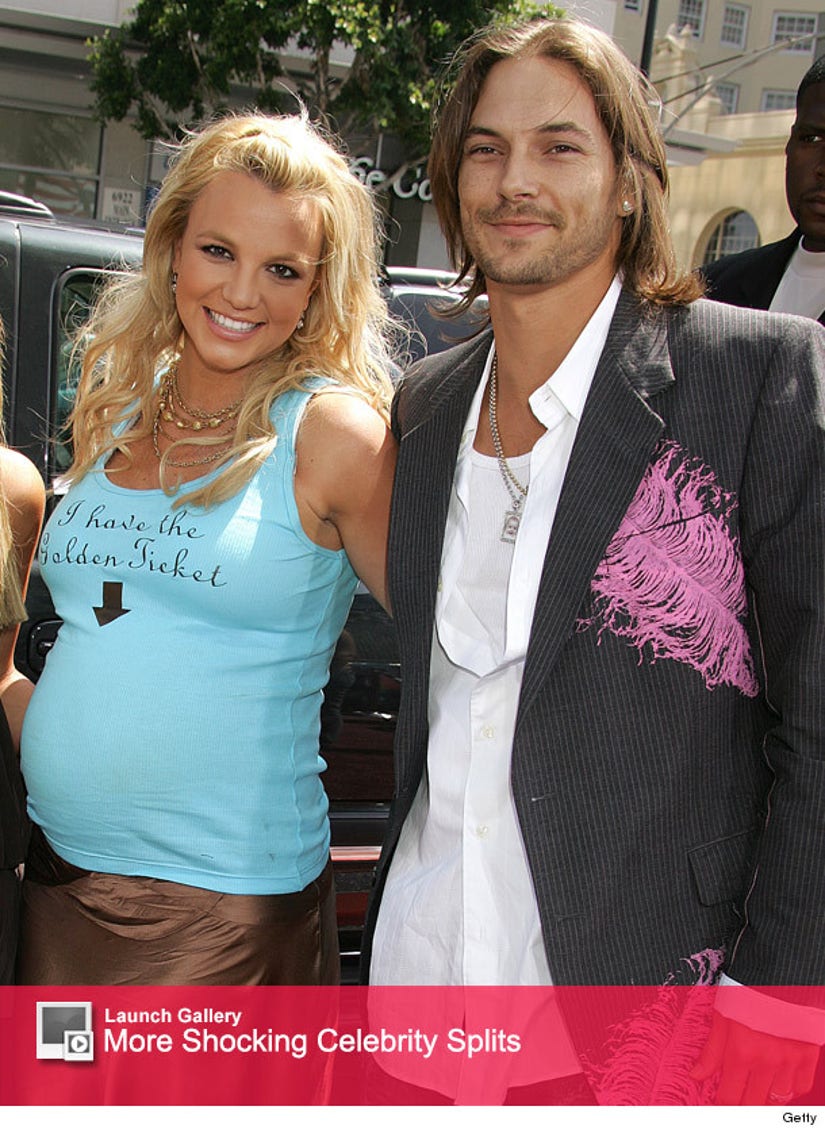 It looks like Britney Spears and Kevin Federline's relationship is no longer chaotic!

The DJ stopped by "Access Hollywood Live" and took a walk down memory lane as he reminisced about their "whirlwind" romance way back in the early 2000s.

"That time, it's like a whirlwind,” the 36-year-old says of his relationship and marriage to hosts Billy Bush and Kit Hoover. "You know, you're thrown into this limelight, everything kinda happened."

The former backup dancer and "Work Bitch" singer famously dated and then tied the knot back in 2004, which was all chronicled on the UPN reality show "Britney & Kevin: Chaotic."

The relationship was crazy to say the least, followed by their divorce in 2007, a messy custody battle and the pop-star's infamous mental breakdown.

The exes, who share sons Sean, 9, and Jaden, 8, have put those days long behind them though. Kevin, who got married Victoria Prince in 2013, says things couldn't be better between the two.

"I mean, it was a good time in my life," he adds of their past. "We have two beautiful children. The way that everything has turned out, everybody's happy. Co-parenting is going great. I can't complain."

So exactly what is it like co-parenting with the "Princess of Pop, especially while she is busy with her Las Vegas residency?

"I had to work this weekend and go to Orange County, so they went to Vegas. And when she has to do something and I need to keep the kids, it just works out well," he says.

"We talk when we need to, and it's always about the boys — mostly school stuff and making sure we stay on top of that," he explains. "It's going great. I'm in a happy place right now."

What do you think of Federline's candid comments? Tell toofab in the comments section below then click "Launch Gallery" for more celeb splits!