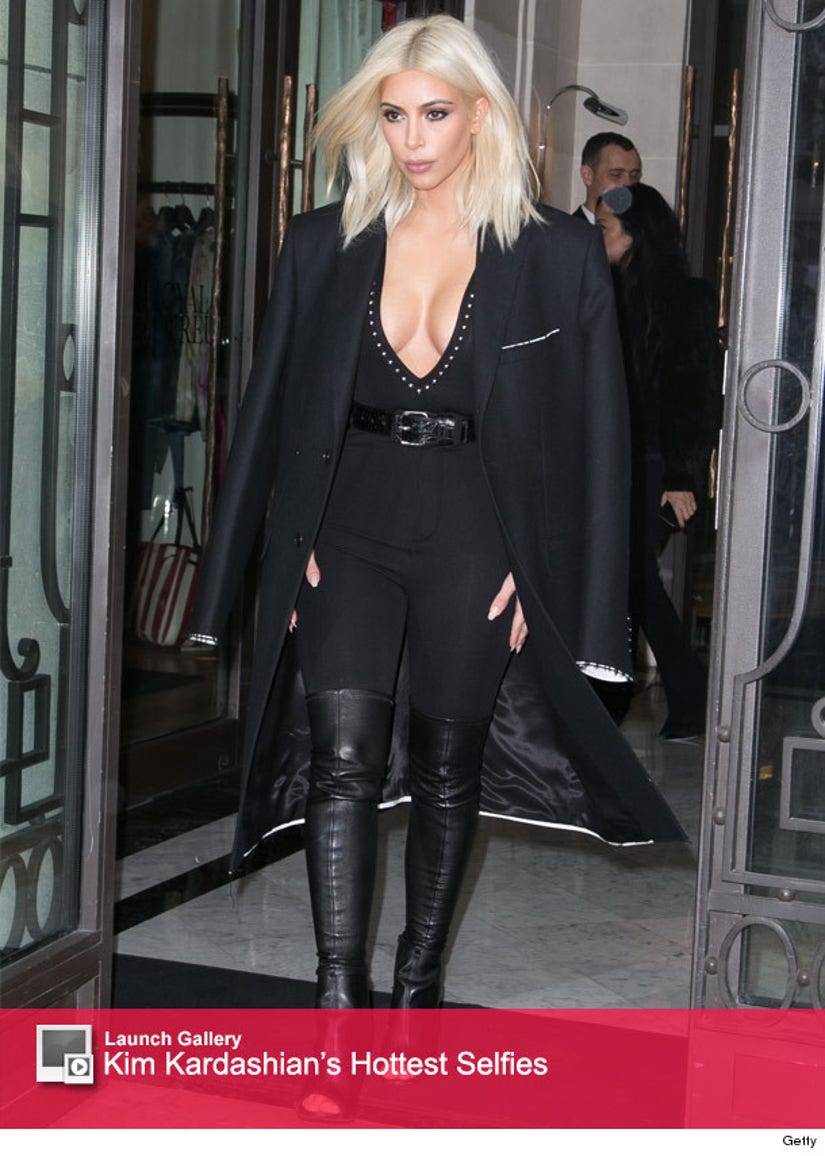 Zoolander be damned, Kim Kardashian is still trying to steal the spotlight at Paris Fashion Week.

From her new blonde 'do to a collection of outfits that are turning heads on a daily basis, the reality TV star has been everywhere over the past 7 days ... rocking a new look each time she steps out.

And this is what she decided to go with on Tuesday.

The 34-year-old star was spotted leaving her hotel in another all-black ensemble, flaunting some major cleavage in what looks like a low-cut bodysuit, trench coat and thigh-high leather boots. 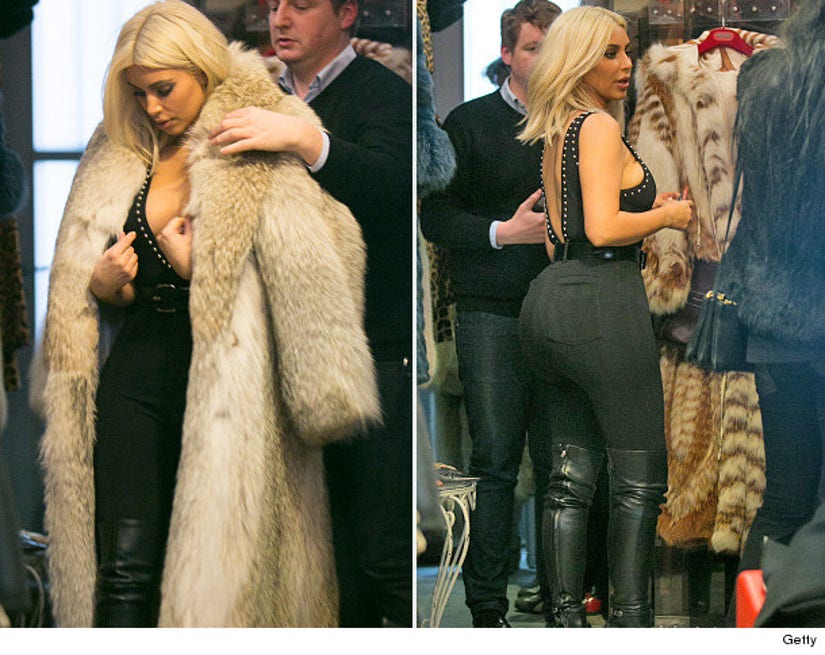 The hot mama was seen doing one of her favorite things during her outing. No, not taking selfies ... shopping! We caught Kim checking out some fur coats and also shopping at upscale lingerie store La Perla.

Tonight is Kanye West's final concert with Foundation Louis Vuitton ... and shows for Kardashian staples Balmain and Givenchy have already gone down, so it's only a matter of time until she packs it up and heads back home to California.

Check out the gallery above to see more of her wildest looks. What do you think of her Parisian style?