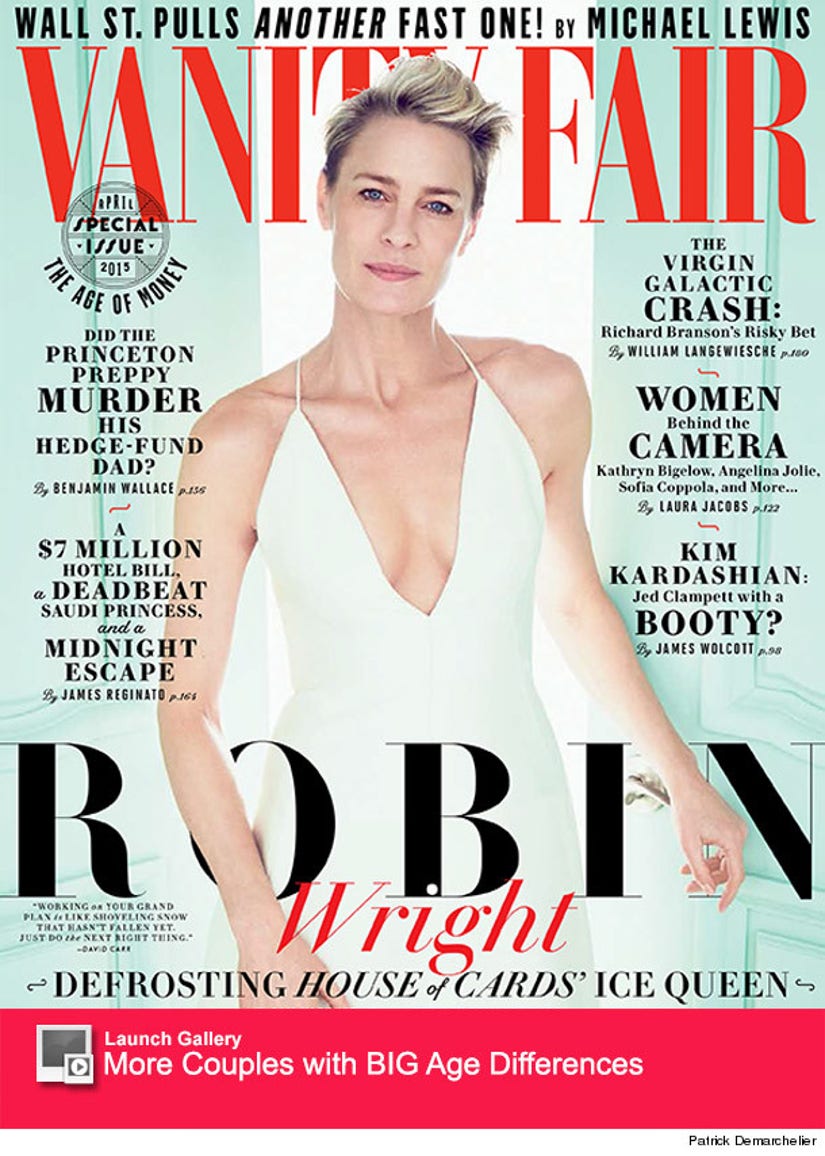 Robin Wright is happier than she's ever been ... and her fiance has a lot to do with it.

The "House of Cards" star graces the cover of the April issue of Vanity Fair, where she speaks candidly about her on-again fiance, Ben Foster, and her ex-husband, Sean Penn.

"I've never been happier in my life than I am today," she tells the mag. "Perhaps it's not ladylike [to say], but I've never laughed more, read more, or come more than with Ben. He inspires me to be the best of myself. There's so much to learn. It's endless. How great! It took me a long time to grow up. Love is possible as life is possible."

While the 48-year-old actress is very open about her current relationship with the 34-year-old actor, she doesn't like to talk about the reasons behind her split from Penn.

"I'm not in the business of talking about what 'isn't,'" she writes in an e-mail to VF. "My eyes are set forward and I've never been happier. I have too much respect for Sean and our two extraordinary children to sell our past joys and woes for public consumption and fodder." 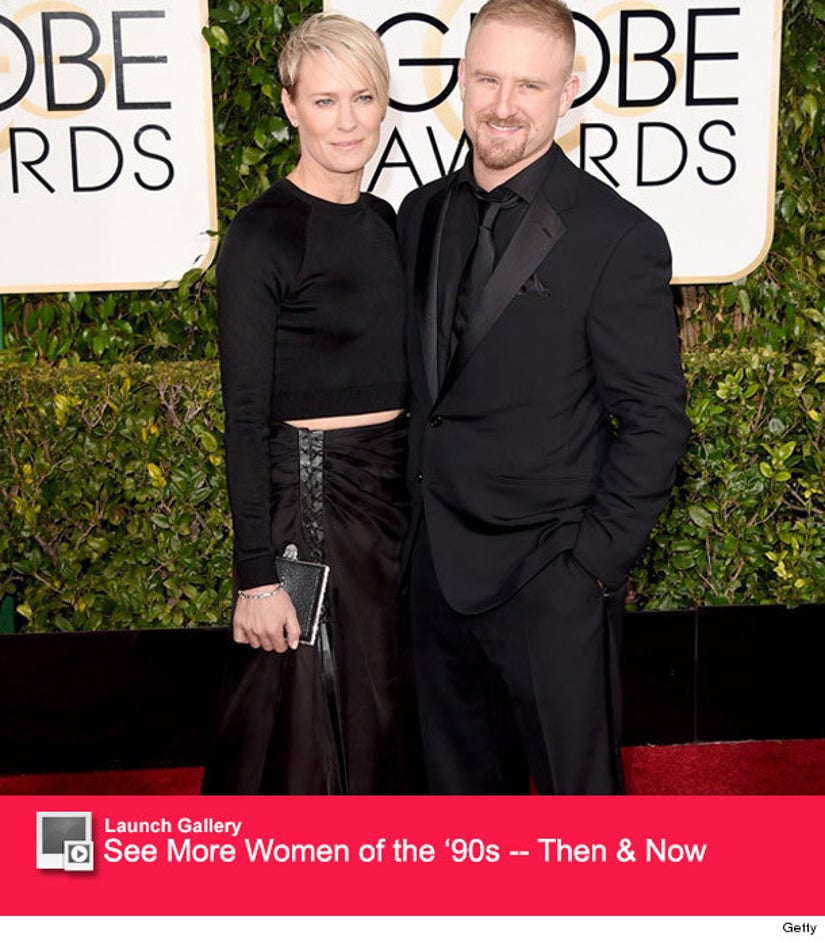 She adds that she took great meaning away from the marriage, saying, "I believe we were together not only to have our beautiful children but to learn how to love … for the next time around, the right way. And then, what I'm looking for in people now is kindness."

Like her love life, Wright feels more confident than ever before. "I feel as though I've just graduated. I mean, I never went to college. I was pregnant at 23. You hear people say how they have 'arrived,' but it was just always there, waiting to come out. For me, it just took a long time. I'm 48. I'm finally a person," she admits. "I think I'm finally ready."

The blonde beauty also talks about her role in the hit Nexflix series and her trademark pixie cut. "I was just cutting off damaged hair—too much bleach over months of [appearing in] different movies," she explains of Claire Underwood's short 'do. "It was a mercy killing, but it works for the character."

Check out Robin Wright's full interview in Vanity Fair's April issue, on stands in limited release and on digital platforms March 12. It will hit national newsstands and be available in an audio edition March 17.