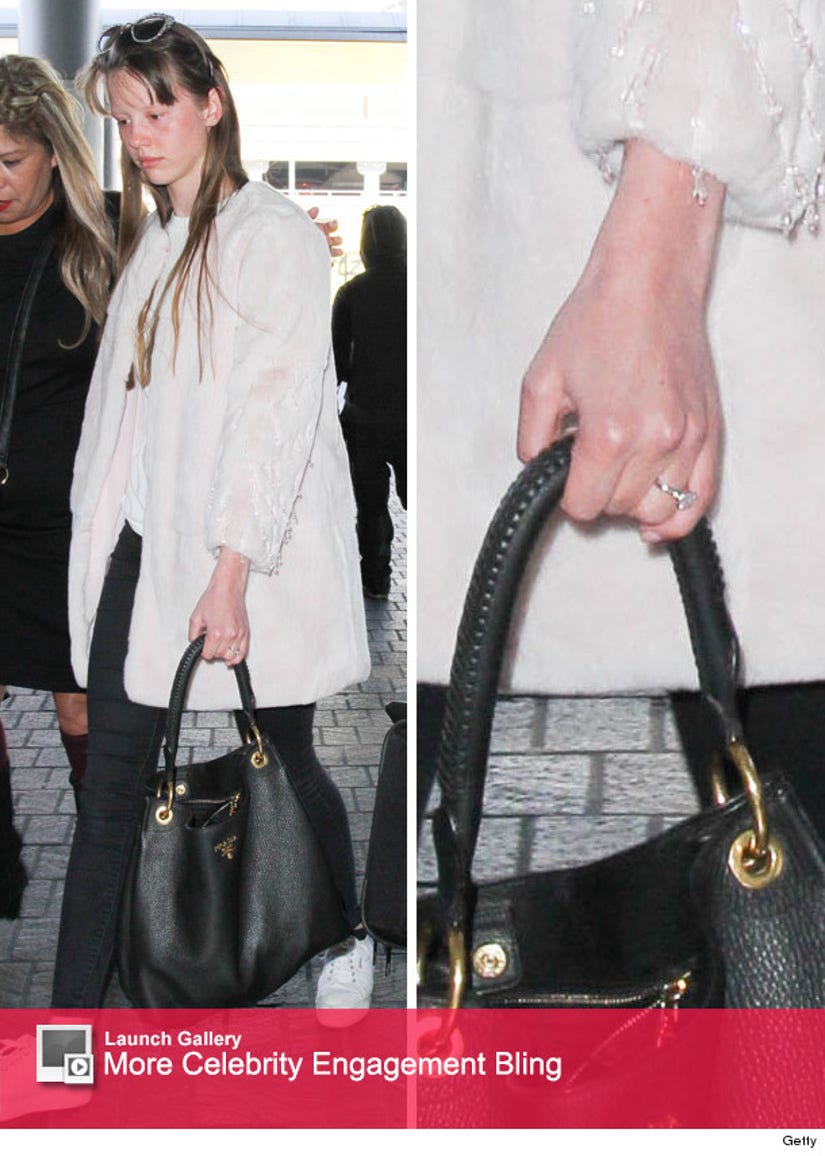 The "Fury" actor's girlfriend was spotted out at LAX airport on Monday wearing what looked like a big diamond sparkler on her ring finger.

In the photo, the 21-year-old looked casual as she arrived to catch her flight, wearing a furry pink coat, jeans, and sneakers. She accessorized with the brand new rock, which she kept in plan view of the public.

The star has been dating his lady love ever since they met on the set of "Nymphomaniac" in 2012.

They do make quite the nice pair, especially since she seems to approve of his interesting fashion choices.

Neither have confirmed the rumor yet, what do you think? Sound off in the comments below!