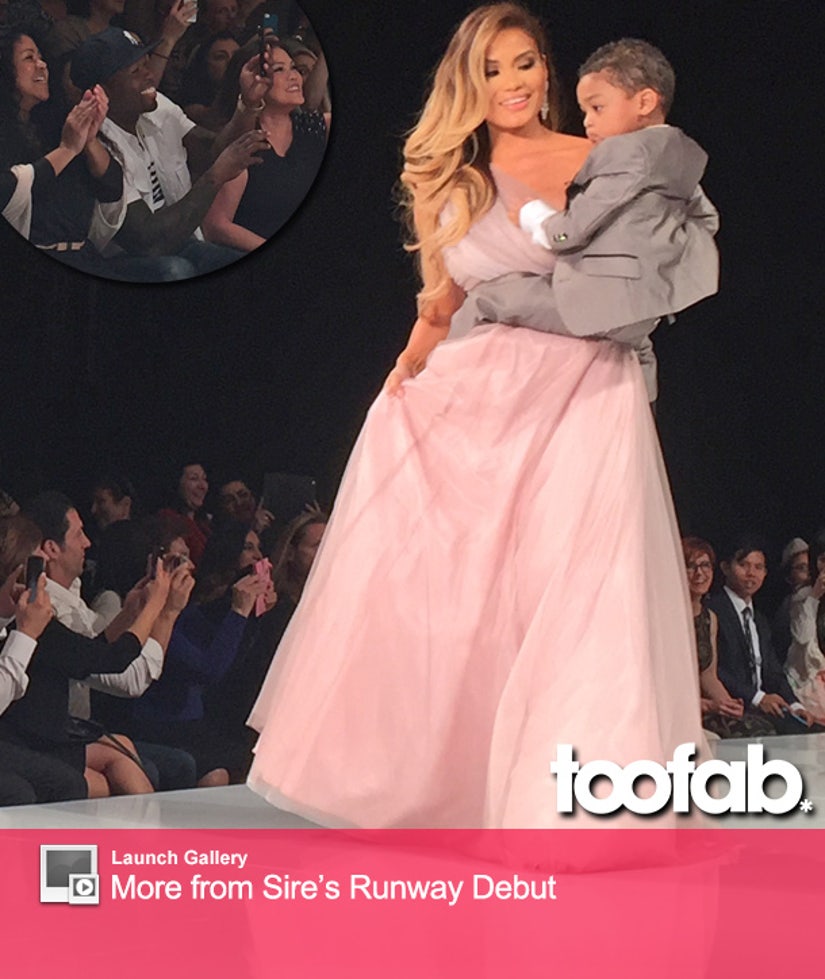 50 Cent is one extremely proud papa.

The rapper sat front row at opening night of Los Angeles Fashion Week on Tuesday evening, as his 2-year-old son Sire made his big modeling debut.

The adorable kid walked in the Isabella Couture show ... well, kind of.

It looks like little Sire, who was decked out in a gray suit, got some last minute jitters and -- instead of walking down the runway with another kid -- had to be carried down the catwalk by his mother, Daphne Joy.

While Curtis "50 Cent" Jackson and his baby mama have had a particularly rocky relationship, he couldn't help himself from smiling ear to ear as Daphne and Sire made their way down the runway. He even pulled out his iPhone to shoot photos and video of his son's big moment.

Check out more photos from the cute catwalk above!

"I have so much fun with him, man; even my spirit changed," he added. "I light up when I talk about him. He's at the point where he repeats everything." 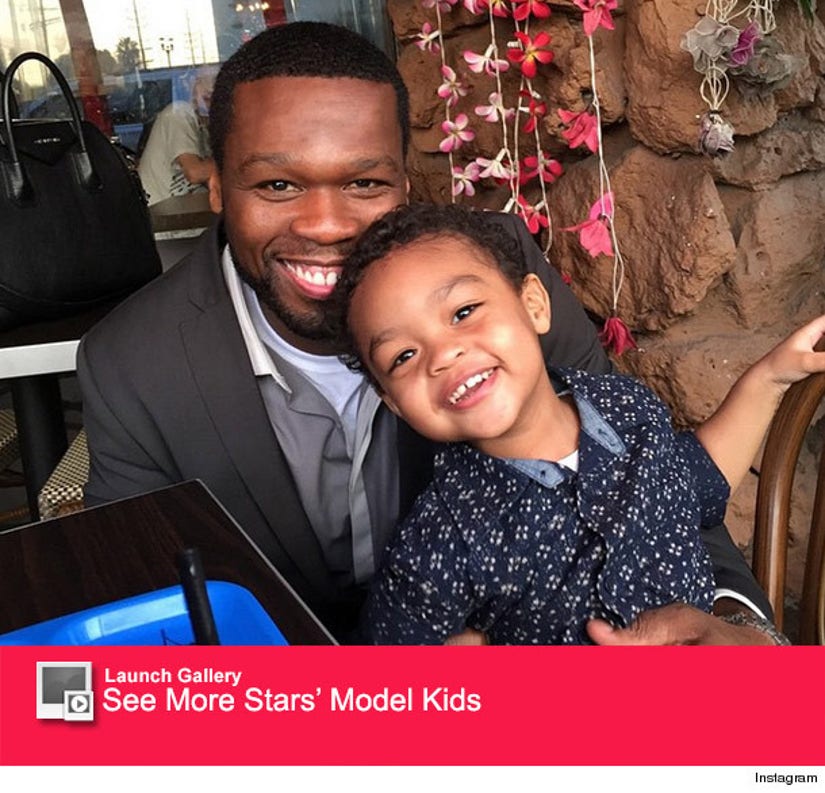