Brandi Glanville's calling out her costars!

The "Real Housewives of Beverly Hills" star took to her blog on Wednesday to address an incident from Tuesday night's episode of the show -- the long-awaited moment she slapped Lisa Vanderpump in the face.

For the last few weeks, the ladies have been on vacation in Amsterdam ... and to say to it has been one hell of a trip is an understatement.

On Tuesday night's episode things -- once again -- got physical when Brandi slapped Lisa in the face after dining on a private boat with the rest of the ladies. Check out the clip above to the "dramatic" moment!

But it's not as bad as it sounds, Lisa and Brandi were both joking around moments before the slap.

"Lisa V. and I were actually laughing and starting to have fun on the 'Love Boat.' I fell into the old pattern of being super silly with Lisa V. I felt connected to her again and randomly was playing out a scene with her asking for a Julie-style kiss," Brandi writes. "She was playing back with me like old days, not giving the kiss when she said she was going to smack me. This thought had never crossed my mind, because I am a kisser…The moment got the best of me, and I took her suggestion and ran with it… MISTAKE! I apologized immediately and immensely and continued to for an hour and weeks after."

"You can also see how Lisa V. changed personalities and was cool with me as soon as the others had walked ahead," Brandi adds.

"Why so much drama about this wrong, but playful, moment? Notice that none of the other women in last week's blogs or even on Twitter mention Lisa R. physically attacking/assaulting Kim or myself across the table? Not one word. Had we been blinded by the glass, maybe the tone would be different. But alas, we weren't, so everything you saw last week never happened. #doublestandard #hypocrisy," she explains.

We have to agree with Brandi on this one, the whole thing did seem pretty silly. While slapping a person is never OK, Lisa Rinna could have actually (severely) injured Brandi and Kim Richards when she threw the wine glass on last week's episode. You can check out that crazy moment below!

"The thing that I see the most is that there are three different Lisa R. personalities. The first is the bubbly, cool chick I had on my podcast and really liked. The second is the one who uses a soft, convincing actress voice to label people she barely knows as addicts, insane, and white trash every week for our entire time together," Glanville says of the "Housewives" newbie. "The third Lisa R. is the one that said, 'Why is everyone afraid of Kim Richards?' and now says, 'Kim Richards scares me!' This is the same personality all the other women seem to excuse the most and have to literally physically restrain from violence…"

What do you think about Brandi's candid comments? Sound off below and check out the gallery to see what your favorite "Housewives" looked like before the fame! 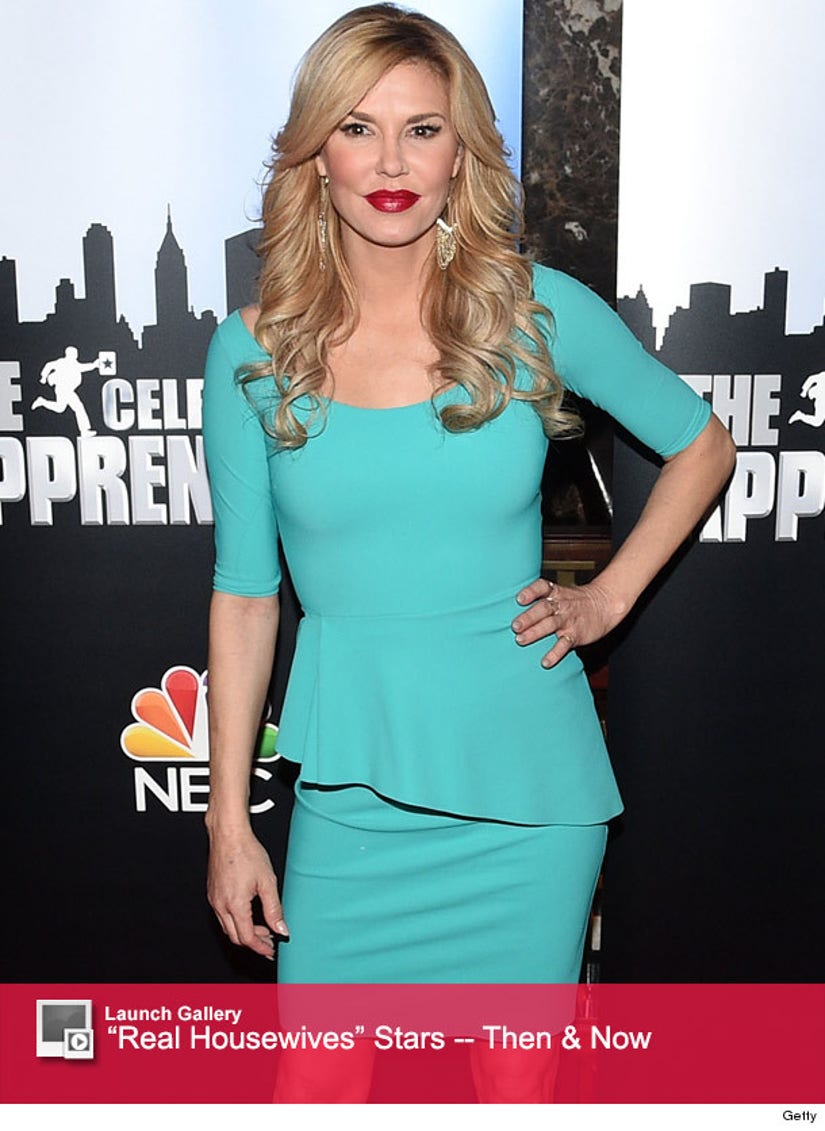