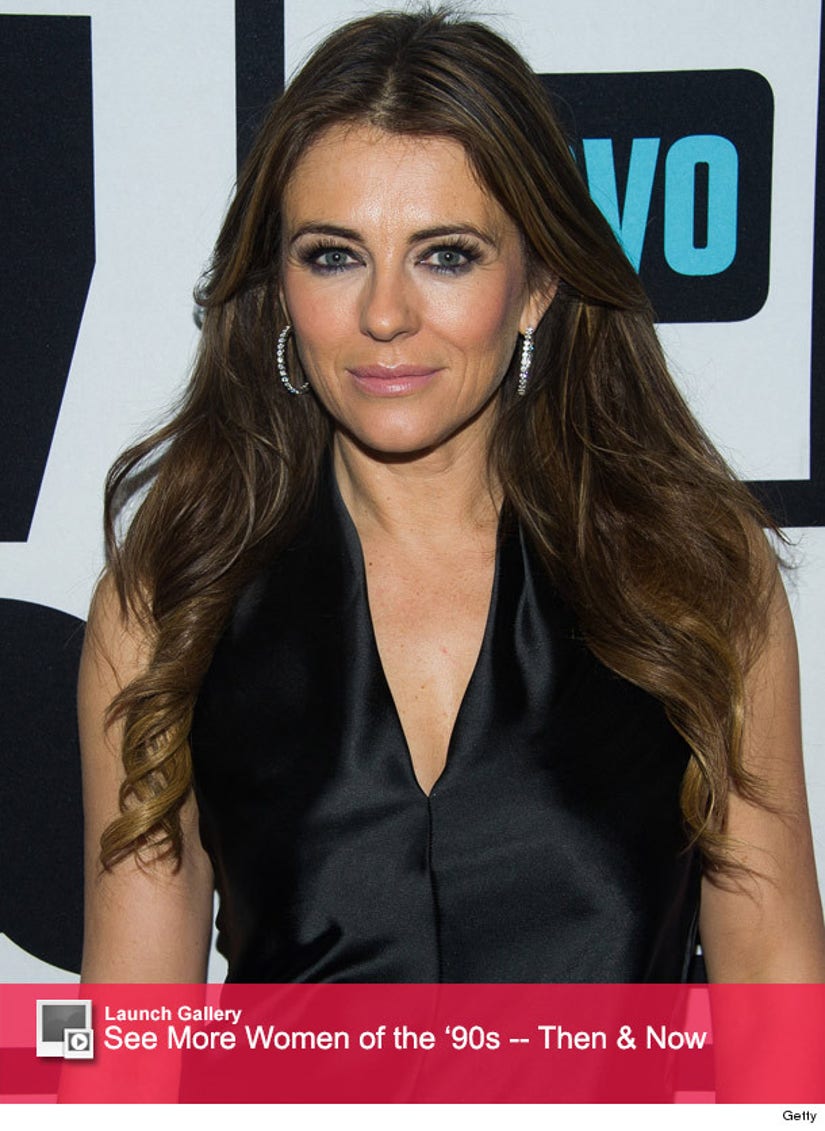 Elizabeth Hurley in the hot seat!

The star of "The Royals" stopped by "Watch What Happens Live" on Tuesday, and this time it was her turn to play a game of "Plead The Fifth" with Andy Cohen.

The host previously treated the 49-year-old's ex, Hugh Grant, to the game last month -- where he asked the actor what the reason for their split was.

Now it's the British beauty's turn to tell all!

"I know that you watched your friend Hugh Grant on the show, you saw him play "Plead the Fifth", and you might know that when he did we asked him what he thought the reason that your relationship did not work out was," he told the star. "I would like to know why you think it didn't work out."

"Well, he remains my best friend to this day, but…I mean, I'd say this if he were sitting here, he used to really annoy me," she explained. "I love him, but he's very annoying. Did he annoy you when he was here?"

Andy noted that he found the star charming but some viewers thought he appeared "cranky".

"He is! My friends used to call him Grumplestiltskin," she said with a smile. "He is grumpy."

For his next question Andy asked Elizabeth to rate the "Love Actually" star on a scale of 1 to 10 on his expertise in the sack.

Elizabeth also revealed which member of the royal family she would shag, marry, or kill. Watch the video above to see what she said!