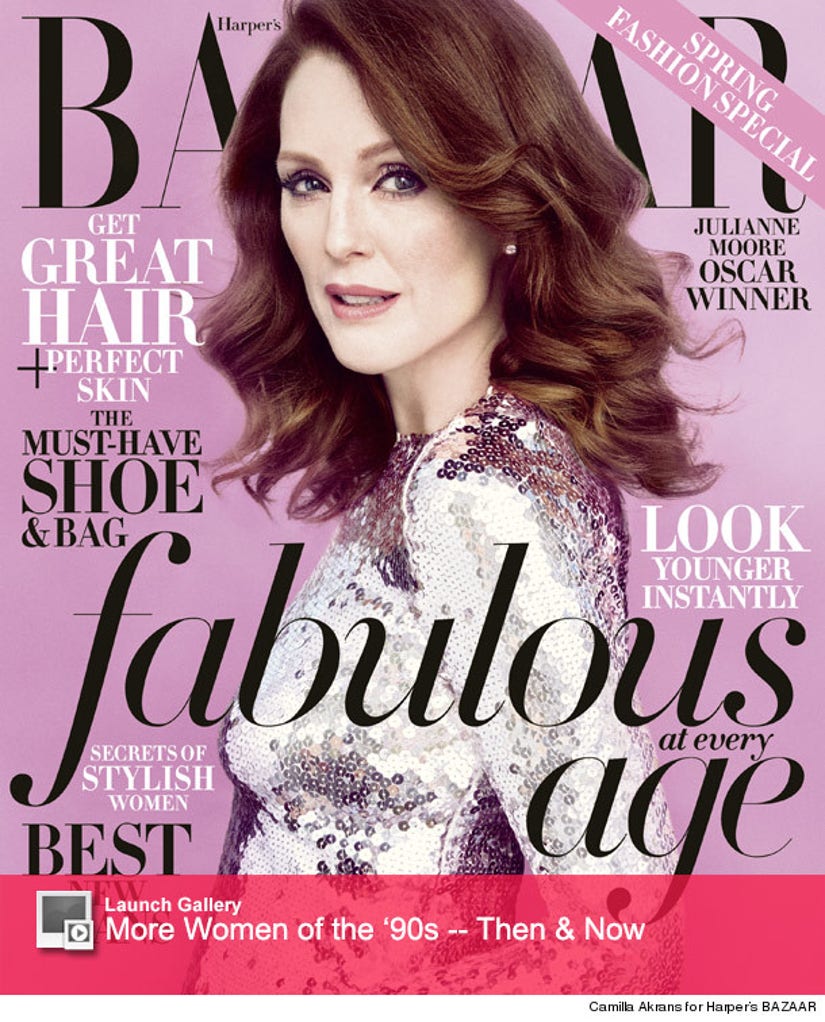 Julianne Moore famously turned down a request to showcase her manicure for the mani-cam at the SAG Awards -- and now we know why!

"I'm 54 years old," the Oscar-winning actress says in the cover story for Harper Bazaar's April issue. "I can't make my fingers walk; it's humiliating! And a guy asked me to lift up my skirt to show them my shoes, and I said, 'I don't need to do that. Let's keep some dignity.'"

The "Still Alice" star was certainly the belle of the ball during awards season, taking home a Golden Globe, SAG Award and an Oscar for her role.

While her work speaks for itself, it was important for her to look her best as well. "We'd all be lying if we said we aren't watching what we eat," the red-haired star says of her fellow nominees. "Of course we are! I think we're also really stressed. I'm not a stress eater. I get nervous and I don't eat."

"But, you know, I had a dress on the other day, and I said to my manager, 'When you see my back fat sticking out, tuck it back in! Be a friend!'” she adds with a laugh. 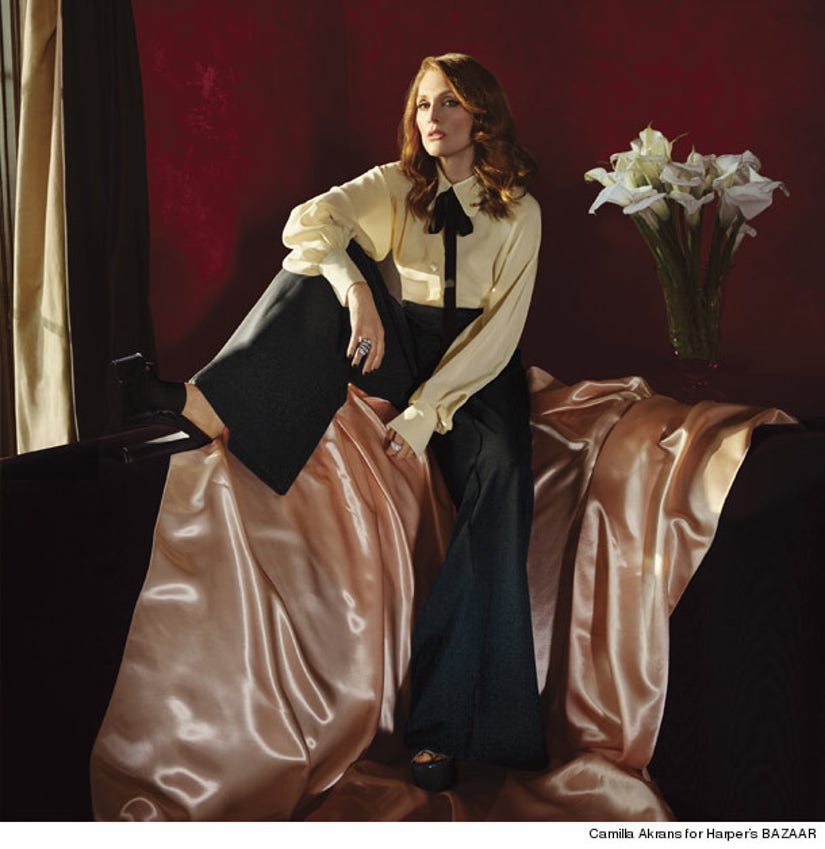 While the red carpet veteran is usually on the Best Dressed list, she admits that some of her early fashion choices were cringe-worthy.

"My style has gotten better, hopefully," she quips. "It's like everything—practice makes perfect. There was one year when my kids were little, and every time I was photographed, I was wearing a pair of cargo shorts, a T-shirt, and a bandanna. It was so bad, my publicist was like, 'Get it together!'"

For more with Julianne, including which young actresses she admires, pick up the latest issue of Harper's Bazaar, on stands March 24.