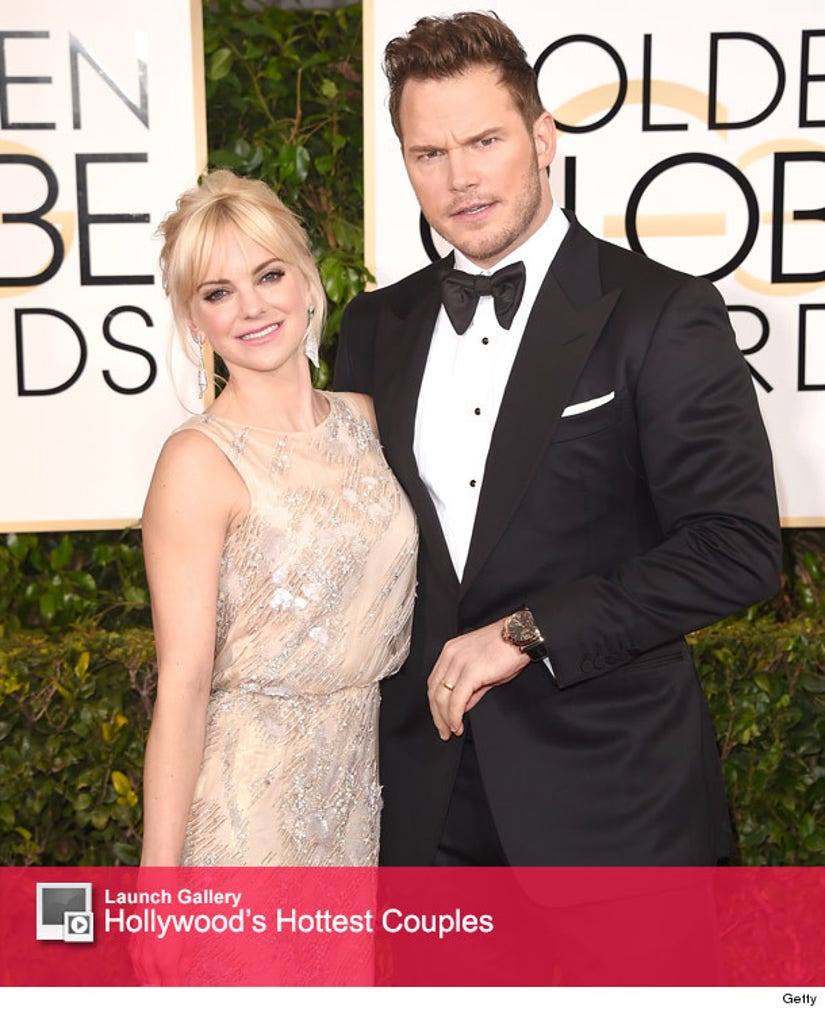 The comedienne recently chatted with Health magazine, where she opened up about her home life with her "Guardians of the Galaxy" beau and their adorable little boy, Jack Pratt.

So what do Anna and Chris like to do in their down time? "We're pretty low-key. We stay at home a lot," she tells the mag.

While the cute couple currently call Los Angeles home, they'd both like to movie to the country sometime soon.

"We're definitely thinking about moving away when we can, a few years from now. Maybe Northern California, or Oregon, or Washington. Chris is a country boy," she explains. "He really wants land, and I do, too. I love the idea of having horses, even though I don't really know how to ride or take care of them!"

Faris also says that she doesn't exactly love having her every move documented, thanks to the paparazzi, but that doesn't mean she's going to change how she lives her life!

"I think some celebrities are so mean to them and resent them so much," Faris says of Hollywood paps. "I mostly feel scared just going out without makeup on. But at the same time, I don't want it to force a lifestyle change. Some people I work with wish that I would start dressing nicer. [Laughs] They're like, 'Can you please not wear sweatpants everywhere you go?' So this is very dressed up for me today. But yeah, the scary part is that vulnerability of like, 'Oh man, I'm gonna be in 'Stars Without Makeup' again!"

While Anna does like to cook (and eat) "big, fattening meals," she and Pratt are both trying to watch what they eat these days.

"I do kind of have to watch it, but things are working in my favor right now. My job is so physical. I just don't have time to sit down," she admits. "The other thing is that Chris is on a diet, which is helping me."

Plus, the couple's son Jack helps to keep the "House Bunny" star in great shape too!

"I make a really good roast chicken with homemade croutons that are fried and delicious. I used to be able to spend all day making a meal—drinking wine, cooking and watching television," the actress reveals. "That was the best way to spend a Saturday. Right now, I'm chasing Jack all day long. As he gets older, I'm sure I'll find it trickier to keep the weight off because we'll start to sit down for meals. And Chris won't let me cook those meals for him anymore. It's just sad. [Laughs]"

We love the "Scary Movie" star's honesty! What do you think about the blonde beauty's candid comments? Tell toofab below and click "Launch Gallery" above to see more of Hollywood's hottest couples!