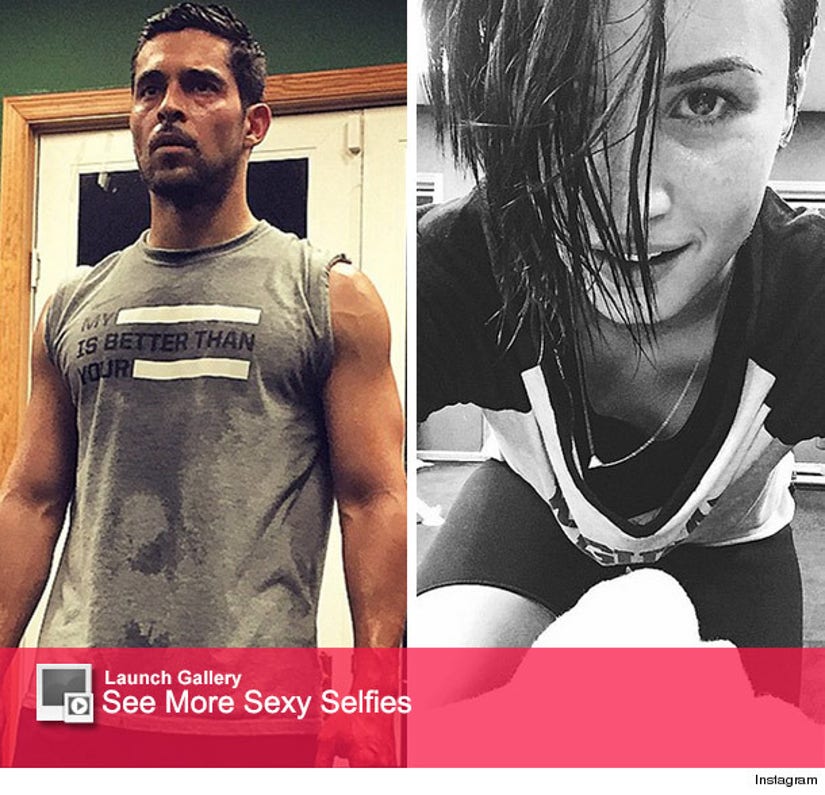 Demi Lovato's proud of her man!

The pop star shared a workout shot of boyfriend Wilmer Valderrama at the gym via Instagram on Wednesday -- and we gotta hand it to the "That '70s Show" alum, he's never looked better.

"Yeah so um....... This is mine.....?!!?!! ❤️Took this without him knowing.. #sorrynotsorry #RIPFez #luckiestwomanintheworldrighthere," the "Heart Attack" singer captioned the sweaty snap.

Lovato likewise posted a pic of from her intense workout the same day. "Two tears in a mother f--kin bucket... #f--kit," the 22-year-old captioned a second sweat-drenched shot of herself.

The cute couple's been hitting the gym hard these days, and Wilmer even opened up about his fitness journey on his own Instagram account earlier this month. 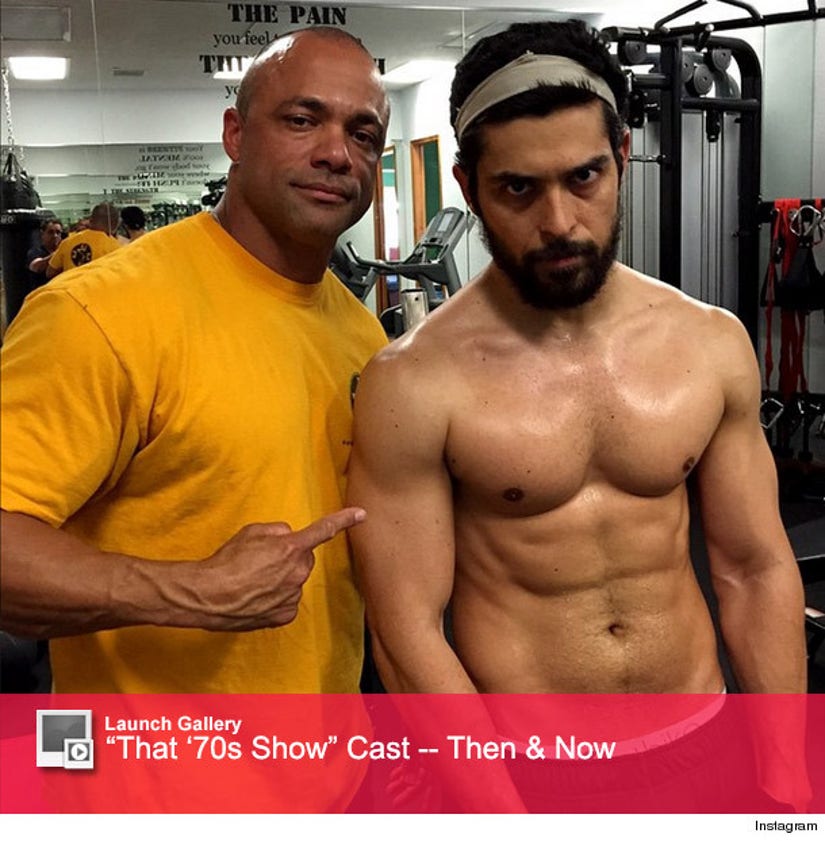 It all started as the road to season 2 of #FromDuskTillDawn.. And it become so much more, a full reinvention of who I knew I could be. A more centered, a more balanced.. And spiritual me. Determined & blessed to show the world exactly who I am.. Away from perception, and against the negativity of all those who try to hold others back from their chance at being the best version of themselves.. I wanna thank my brother Ronny Camacho (@rydr4lyf).. You put your faith in me.. We woke up at 6:30am EVERY MORNING.. 5 months ago, we started the movement for change and along the way we became better men.

Respectably,
WV
Ps. Hope you all can get to know him.. From nutrition to fitness he is just simply the BEST! Love you my brother!!

Both Demi and Wilmer have been much more open about their relationship this year. In January, the "Skyscraper" singer even revealed that the actor helped her from falling back into old, destructive patterns.

"I almost went back to rehab for my eating disorder last summer," Lovato told Fitness mag. "I was obsessing over food and terrified of it at the same time. Wilmer noticed and called me out on it, which was a relief."

It definitely looks like the cute couple's doing better than ever these days -- what do you think about Lovato's candid pics? Sound off below and click "Launch Gallery" above to see more sexy stars!