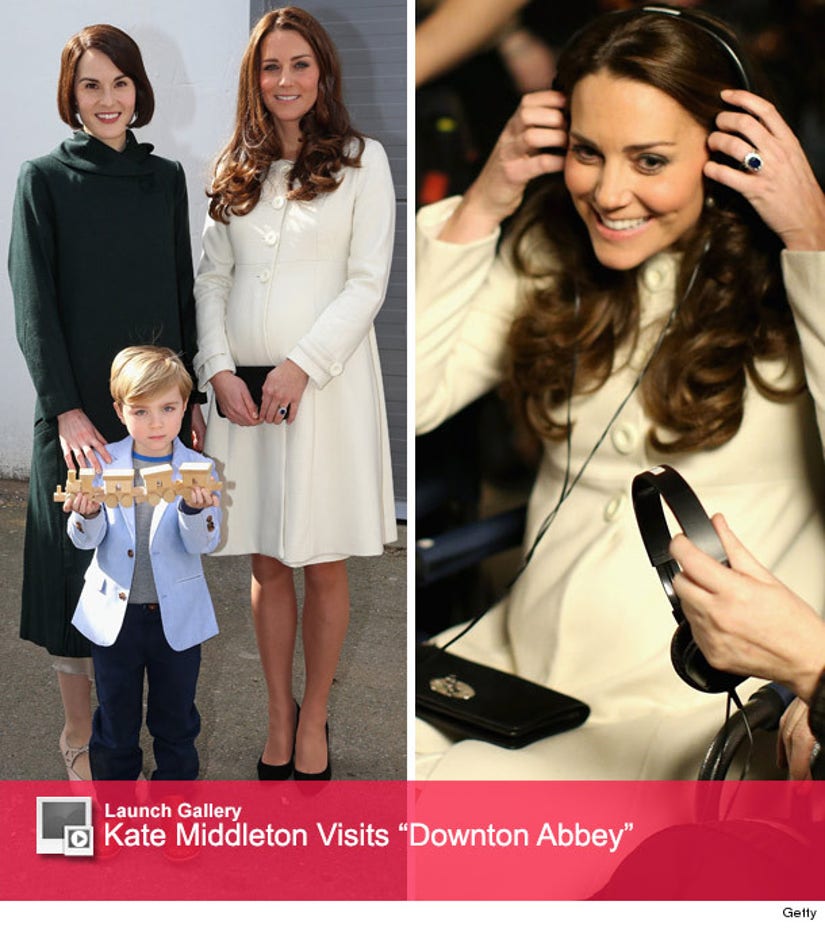 The Duchess does "Downton Abbey."

Kate Middleton made a very special visit to the set of the PBS period drama on Thursday, where her royal baby bump was on full display!

Clad in a cream coat and black heels, the royal -- who is eight-months pregnant -- made her way through Ealing Studios to view the set, meet the cast and crew and pose for several photo opps.

First stop on the 33-year-old's tour was a meeting with the show's creator Lord Julian Fellowes and other film and TV execs who are associated with the series. 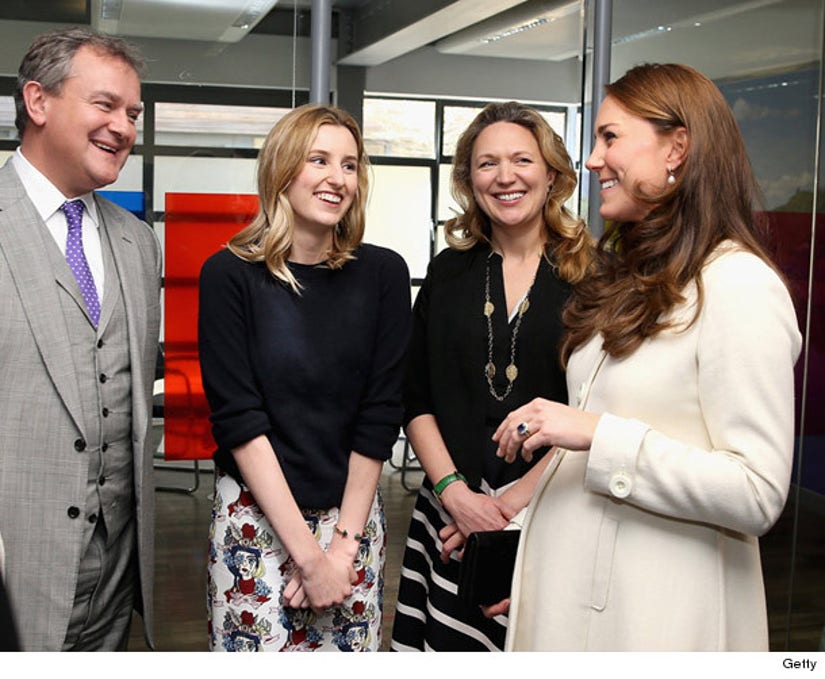 Prince William's other half was then able to see the show's makeup artists at work, and visit the costume designers, seamstresses, cutters, and more crew involved with the behind the scenes production of scenery and props.

One of the most exciting parts of her tour was when Kate met with several cast members of the show including Phyllis Logan, Robert James-Collier, Lesley Nicol and Sophie McShera.

She was then presented with a special gift from Michelle Dockery and the cast's youngest member, Oliver Barker, who gave The Duchess a toy train for Prince George!

Kate, who is a fan of the show, was glowing during her visit ... and the cast was equally excited about having a royal around. 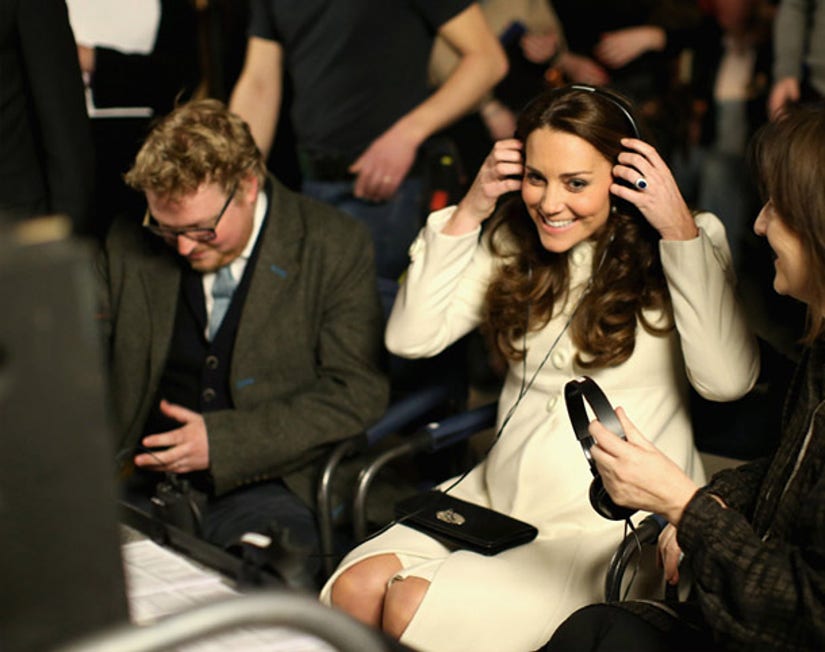 "It was a very surreal and exciting experience to be at work and be visited by a member of the royal family," actress Laura Carmichael said in a statement to Us Magazine. "She's watched the show and really loves it. "

How cute is Kate's visit to "Downton Abbey"? Tell toofab in the comments section below the click "Launch Gallery" for more pics from her visit!