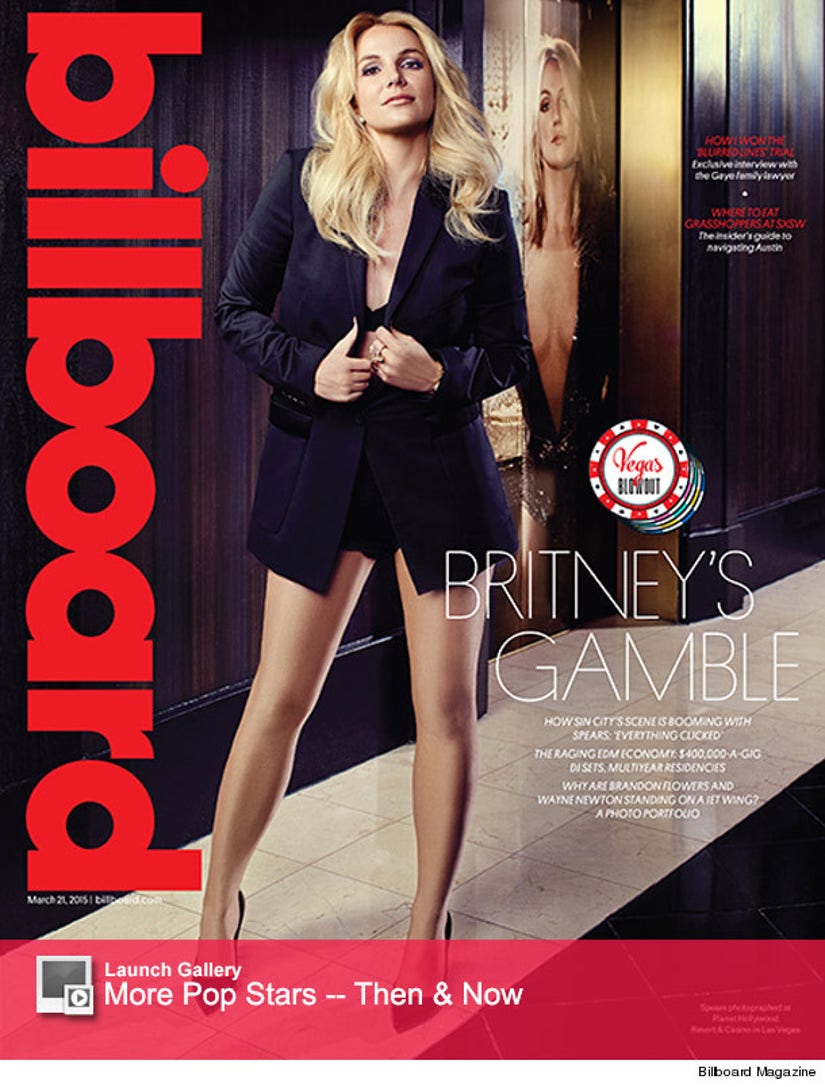 Britney Spears is working a sultry look on the cover of the latest issue of Billboard Magazine, where she shows off her toned legs in nothing but black lingerie and an over-sized blazer.

Inside the "princess of pop" gets candid about working on a new album and why it's "not a priority" for her right now.

The Las Vegas diva is already busy with her residency at Planet Hollywood, in addition to raising sons Sean Preston, 9, and Jayden James, 8.

"I'm gonna do [a new album] slowly but surely," she tells the mag. "There's a lot going on with my kids and schools and, you know, adding new sports and stuff like that. I'm gonna try to do my best to do an amazing album, but it's not my full priority right now. Kids can drive you crazy."

Although it sounds like it could be a while before we get some new material from the "Perfume" singer, she does have a collaboration in the works with rapper Iggy Azalea!

"You'll have to wait and see. It's really exciting, though," she told Extra in a recent interview. "It's very cool, I'll say that...I saw her song on TV and I was like a kid in a candy store. I was like, 'I love Iggy!' I was like, 'I love that video. I wanna work with her.'"

Britney and her long-time manager Larry Rudolph are also currently in negotiations to extend her "Piece of Me"show until 2017. He did give us a glimmer of hope for even more music from Brit Brit.

"Right now we're just concentrating on putting out a few great singles as they come," Rudolph tells Billboard. "We're not really talking seriously about a new album yet. Albums just aren't as important in the digital age as they used to be. Britney will get to one eventually, but not right now."

Are you dying for another Britney album?! Tell toofab in the comment section below, and click "Launch Gallery" above to see more pop stars, then and now!