On this Sunday's "Keeping Up with the Kardashians," Kim and Khloe Kardashian get into it after Khlo shows off her newly renovated closet.

Apparently, the sneak peek video above shows Kim judging her sister's wardrobe ... but all we can see is Khloe's scene-stealing rear end!

As the two race upstairs to check out the ginormous walk-in, the camera zooms in on Khloe's pert posterior.

The former Mrs. Odom has been seriously working on her fitness lately and it's clearly working. That booty definitely rivals her older sister's famous behind! 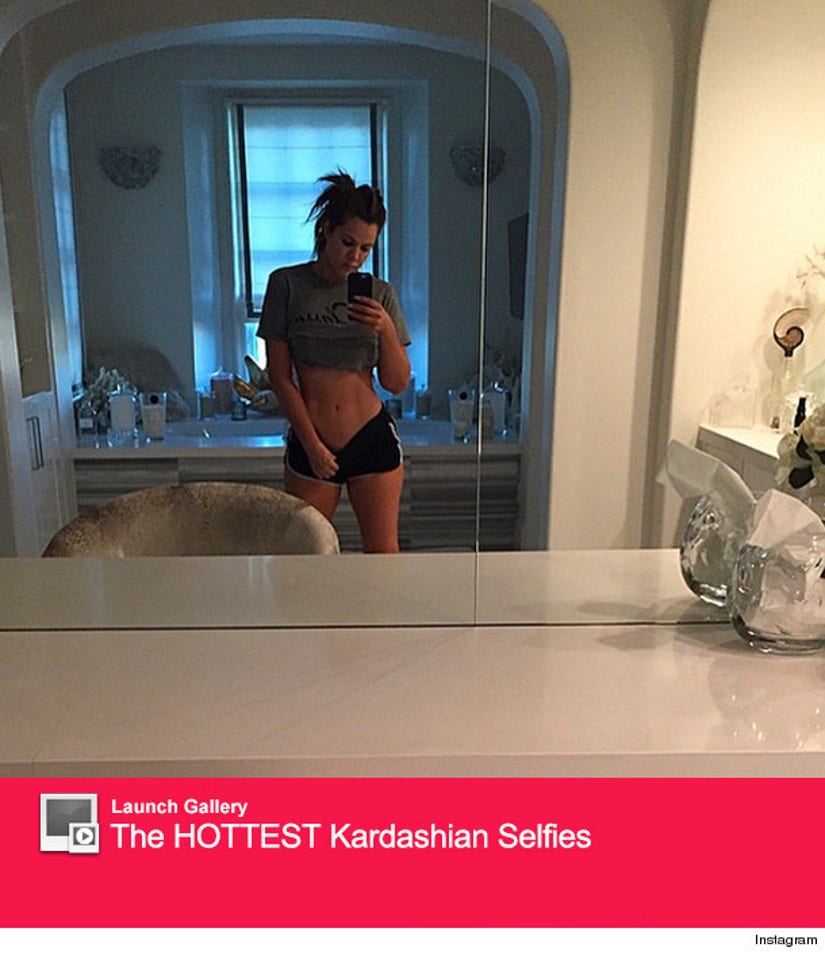 Elsewhere in the premiere episode, Kim and Kourtney start to question Bruce Jenner's "shady" behavior ... specifically, some secret phone calls he's been making to one of Kris Jenner's friends.

Check out the video below to see Kim confront Bruce and find out why she says Kris cries alone in her house at night.

Season 10 of "Keeping Up with the Kardashians" kicks off this Sunday on E!