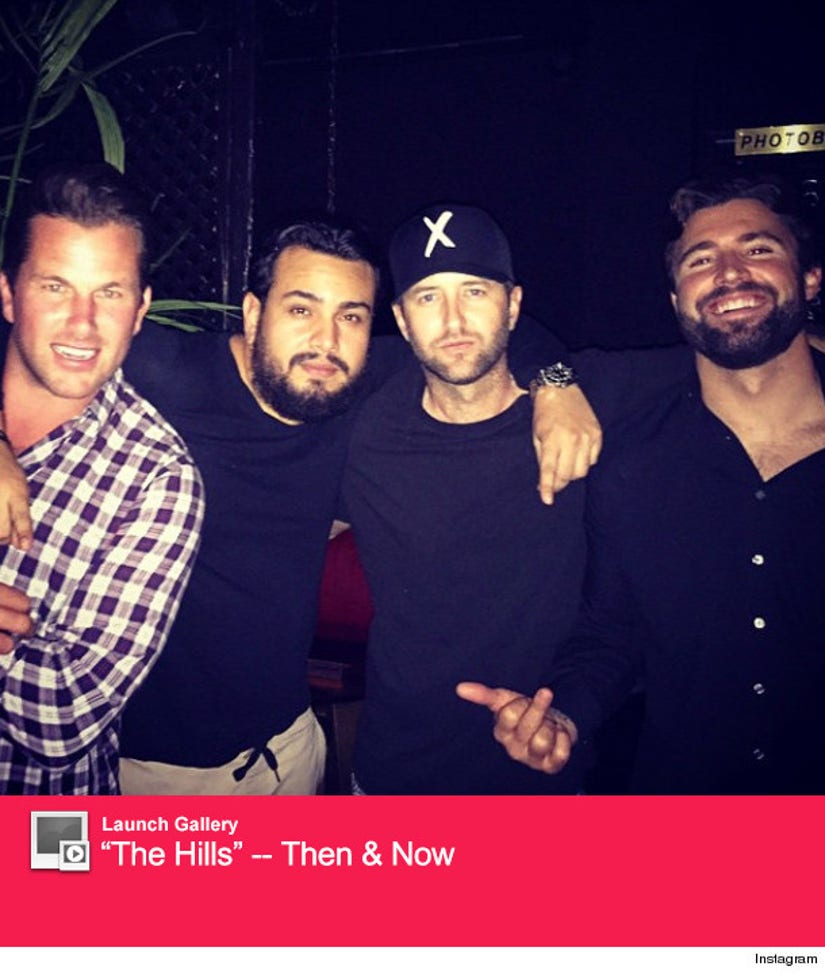 The boys are back together!

"The Hills" hunks had a mini reunion on Thursday night at the Blind Dragon in West Hollywood to celebrate the blog launch party of Brody Jenner's girlfriend Kaitlynn Carter.

Frankie Delgado took to Instagram to share a picture with his onscreen posse -- Doug Reinhardt, Taylor Mosher and Jenner.

Carter posted the same pic and wrote, "So grateful to have had these handsome gentlemen there to celebrate Western Wild with me last night! thank you for making it a night to remember!! ps. @spencerpratt really should've been in this one!" 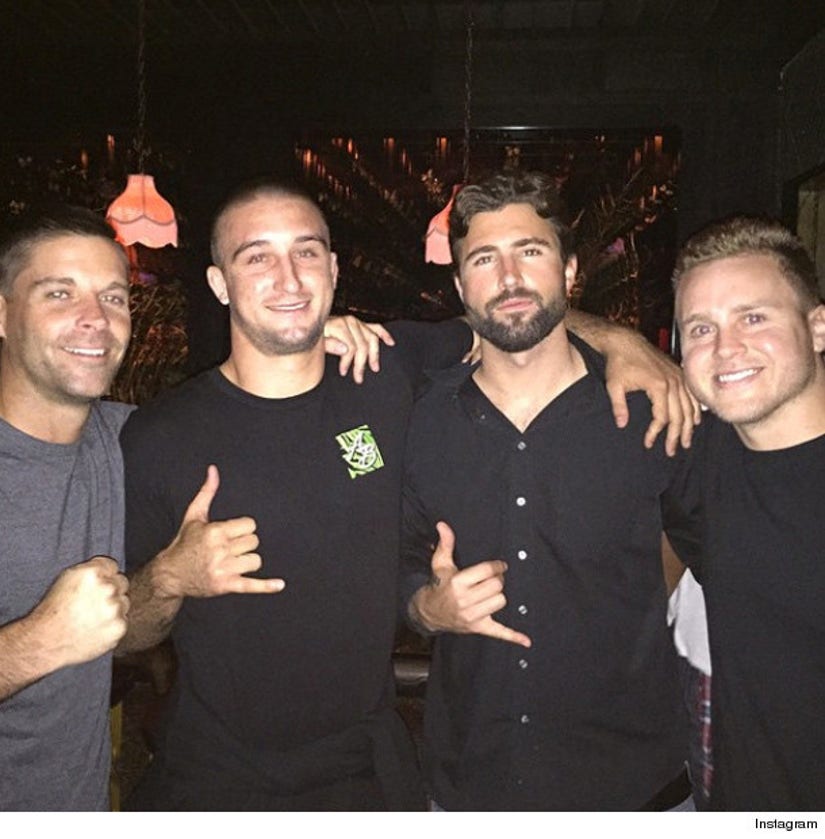 Spencer Pratt may have missed that particular photo opp, but he did reunite with friends in another snapshot with Brody, aka "the Prince."

Looks like Spencer and Brody have mended their friendship!

See what the rest of "The Hills" cast is doing now in the gallery above.