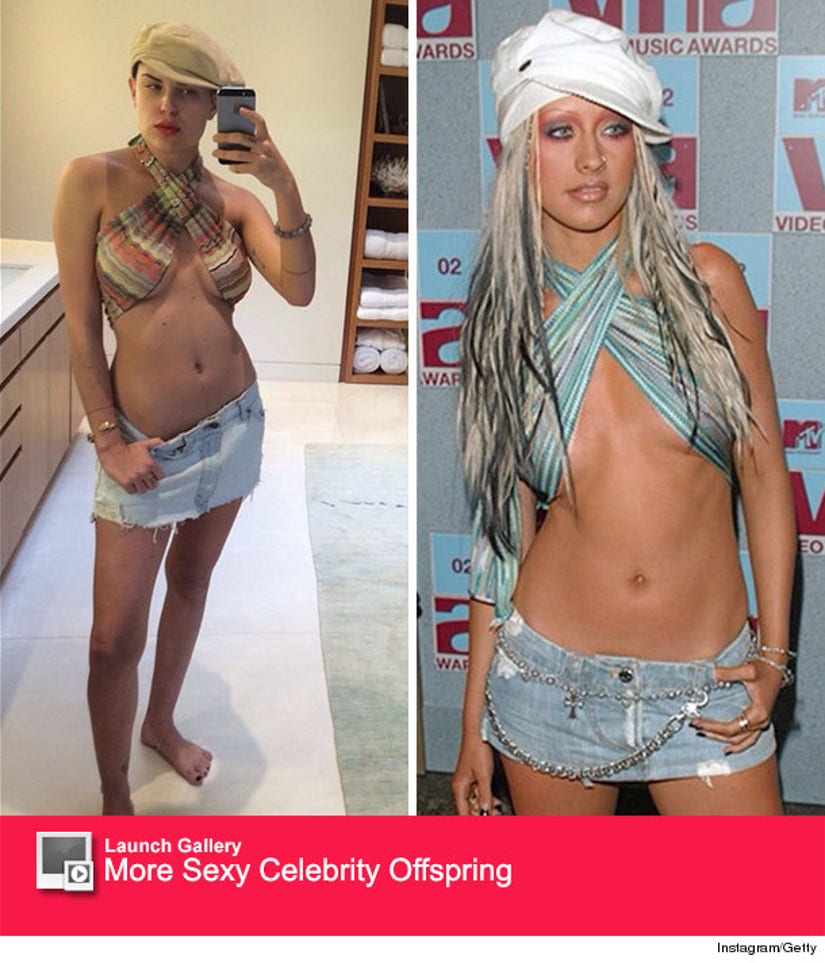 Tallulah Willis got a "Dirrty" makeover!

The daughter of Demi Moore and Bruce Willis took to Instagram to share a split photo of herself and Christina Aguilera in her infamous VMAs outfit.

Sporting a tiny jean skirt, a belly-baring halter-top and a newsboy hat, the 21-year-old star's version of the racy look is pretty spot-on.

"Missing: rosary/chain-belt hybrid," she admitted in the caption, referring to Xtina's silver accessories.

Tallulah seems extremely confident with her body now, but that has not always been the case.

She recently opened up about her struggle with substance abuse and an eating disorder in an honest and raw interview with Teen Vogue.

In fact, the once-troubled star can specifically pinpoint a moment as a teenager when her insecurities turned into self-hate.

"I recall very specifically: I was in a New York hotel room when I was 13 (before social media was such a huge thing), looking at a photo of myself online. I broke down in tears as I started to read the comments," she confessed. "I thought, 'I am a hideous, disgusting-looking person. I might be nice and I might be kind, but I'm a really unattractive human being.' In that moment a switch flipped. It wasn't about the anonymous cyberbullies -- I became my own worst critic." 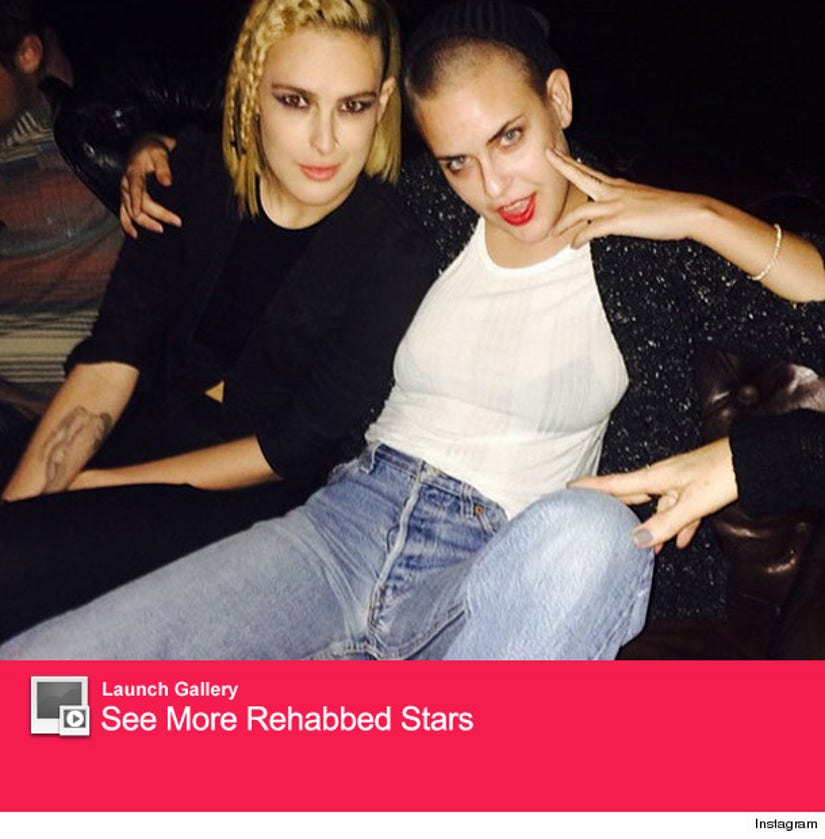 The fashion blogger developed an eating disorder and started experimenting with drugs and alcohol. In college, her depression only worsened.

"I didn't sleep or want to talk to anyone, nothing seemed to have a point, the world lost its color, and food lost its taste. I was so removed from my body and from my mind that it was like living in a cardboard replica of what life should be. Not even so much because I was doing drugs but because I was so sad and so unhappy."

Tallulah spent 45 days in an inpatient treatment facility and is now at a place where she's starting to feel better about herself.

"It's not night and day -- it's not like I completely love myself and I have no problems. That isn't how it works," she explained. "But there are the starting points of that, and that's really exciting. I'm growing everyday and breaking old patterns."